In Egypt, spirits have their own music

"O Yawra beih, you are so handsome, wearing your Tarboush (Fez), my yearning brought me to you, my love brought me and there is nothing I can do. Oh Yawra beih," chanted Om Sameh in a powerful yet soothing voice, accompanied by poly rhythmic melodies that drew the audience into a state of trance.

The venue: Makan, the premises of the Egyptian Center for Culture and Arts (ECCA). With the tanboura, mazaher and folk instruments, the performance embraced old lyrics, rhythms as well as traditional forms. Wishing to document and promote the unique musical legacy of Zar, the ECCA managed to gather together the Mazaher ensemble, led by Om Sameh (the last descendant of Zar performers in Egypt), and granted them a weekly place to perform their songs as well as record their Zar music.

Music aside, Zar is a traditional ritual for spiritual healing and exorcism that used to be common among Egyptian women since the Ottoman domination of Egypt. According to a study by Adel Elelimi, published in the book Zar and the Theatre of Rituals: "There is no clear source for the name Zar, however almost all researchers agree on a few meanings. To the people of Ethiopia, it means the Evil that befalls upon men. It could be derived from the Persian town, Zara, that is located in the north of Iran, or the Arab village Zar located in the Arab peninsula near el-Yamama. But most probably it is derived from the classic Arabic noun ziara – visit – referring to the visit of jinn and spirits".

"Zar is a ritual held according to a belief in healing humans from all forms of injury caused by a metaphysical being such as a jinn that disturbs a person’s lifestyle and vitality," said Salah el-Rawi, professor at the Higher Institute for Folklore, adding that Zar is a folk belief that leans towards folk medicine as a reaction to superstition and the paranormal. Hence, folk culture created a way of dealing with metaphysical phenomena that the mind cannot comprehend due to lack of scientific explanation, el-Rawi explained – just as people used to think that a person would move the rain, or as the pharaohs used to sanctify animals to avoid harm and grant them as sacrifices. "I know of a woman, of high status, who still keeps the tips of her nails and her hair when she trims them, so that nobody steps on them. Just like my grandmother and my mother, who believed that when they cook molokhiya they should not throw the stems away, lest someone would walk over them and spoil the cooking," el-Rawi said. He added that that going to a zar ceremony is not as shameful as going to a psychiatrist, because the latter indicates that one has a problem.

Although it originated in Ethiopia, "Zar crossed the Red Sea and reached the Arab peninsula where it is called el-Tanboura in Qatar, and is known in Saudi Arabia as el-Sameri," according to el-Rawi. "Even in Libya there is a Zar beat, linked to sufi Sheikh Abdel Salam Elasmar."

Yawra Beih, Raksha, and Mama are some of Mazaher’s repertoire. "I inherited these songs from my grandmother," explained Om Sameh. Born in Egypt to a Sudanese mother and an Upper Egyptian father, Om Sameh grew up helping her mother, the Zar leader, or Kodia , to perform the Zar ritual. She refutes el-Rawi’s and Elelimi’s accounts of the Zar ritual. "There is nothing called assiad or higher jinn," said Om Sameh, explaining that  the songs, and the whole atmosphere of Zar rituals, bring those who are either in a state of stress or who have chronic psychological problems, to a state of comfort. "People mistake it for jinn exorcism but it is more of a folk art," she added. "Yawra beih is a folk song describing an attractive man, while Ruksha is a young girl who you care for and give candy to," she said.

According to Elelimi’s book, there are three schools of Zar: the Sudanese, the Upper Egyptian, and the abul ghiet, each of which have special lyrics and songs depending upon the assiad (which are said to number 44) that the Zar ritual is held for. Elelimi describes Yawra Beih as being a bigamist jinn who usually possesses many women, while Ruksha is his six-year-old jinn daughter, who is pretty, loves candy and chocolate, and possesses women.

Although Zar seekers are mostly women, there are male performers and ensemble leaders as well. When asked the difference between performing before an audience as entertainment, or performing an authentic ritual attended by those believing in its therapeutic powers, Om Sameh explained that the audience usually appreciates the art and flocks to watch it, whereas those who attend Zar rituals, especially in the local districts, dance and interact more.

Among the devoted audience of Om Sameh is director Amr Rahmo. Coming to watch every week, Rahmo invited his foreign friends to experience the event. "It’s absolutely mesmerizing to see genuine music coming from genuine people," exclaimed Rahmo, who, having already experienced the Zar ritual before, prefers to watch it from an artistic perspective. "The thing is, the beauty of her performance, her voice and the way that they actually play the music keeps you in touch with the authenticity required in the ritual – and I will not lie, I attended this ritual for entertainment and it was very intense and overwhelming," he added. He explained that since he is not into the Zar ritual itself, he prefers coming to the venue where he reaches a state of nirvana from Om Sameh’s voice, without the social pressure of being a Zar participant.

El-Rawi however is of the opinion that stretching the Zar ritual into a form of art tears it out of its context. "We are discussing a phenomenon with a folk angle that is changed into an artistic performance. They want to take in the ambiance, but what about the context?" El-Rawi added that the words are only understandable in their context, and that Zar has been portrayed in the cinema with a condescending tone and lack of appreciation of a different culture, which scientists should however study while passing aside moral judgment. The words, el-Rawi continued, are the discourse through which the singers address the metaphysical, and taking them out of their context causes them to become superficial. "Zar is a healing ritual, and preservation of heritage means archiving and preserving the heritage as it is, without transforming it from its original state and function," he added. "In Zar, one is not an audience; one is rather part of the ritual."

"The Zar ritual is diminishing, because the old people who performed and held Zar rituals died long ago," said Om Sameh. She explained that even her children are not interested in Zar, and she does not encourage them because it is a very demanding profession which requires dedication, and which has no future. 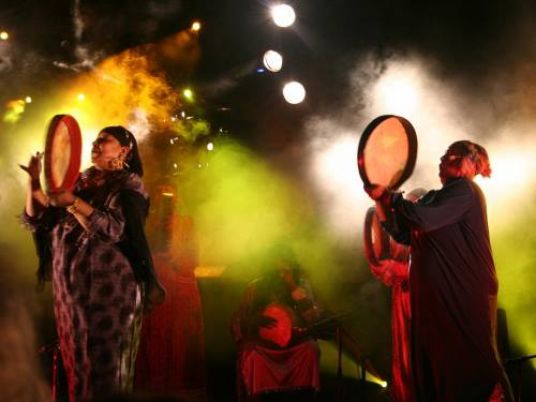