A Spanish court is expected to rule on Thursday on Egypt's request for the extradition of Magda Salem, the daughter of Egyptian businessman Hussein Salem, on money laundering charges.

The Spanish court in Madrid held a plenary session on 16 January and said it would issue its final verdict Thursday.

Magda Salem argued Monday that she would not receive a fair trial in Egypt. The Egyptian defense team presented the court with the laws upon which her trial would be based, state-owned MENA news agency reported on Monday.

Spanish judicial sources told Al-Masry Al-Youm that the law firm representing Egypt responded by saying that although she has Spanish citizenship, her original nationality is Egyptian. Since her previous dealings were conducted as an Egyptian national, she should be tried by an Egyptian court, the firm argued.

An Egyptian government lawyer noted the existence of international laws regarding the extradition of defendants, as well as the UN Convention on the Fight Against Corruption.

"As Magda Salem is only facing one charge, which is money laundering, her trial in Egypt will be identical to the Spanish judiciary provisions," the lawyer told the Spanish judges.

The defendant's lawyer cast doubts on whether her trial in Egypt would be fair.

The same court will also consider on Thursday a request from a delegation representing an Egyptian judicial committee tasked with recovering stolen funds from abroad. The committee requested the extradition of Hussein Salem's son Khaled on charges of illegal gain and financial corruption.

The court hearing will be attended by the defendant and his defense team, the Spanish lawyer representing the Egyptian government, and advisers Ahmed Saad and Aser Harb, who are members of the judicial committee to recover funds.

A similar request for the extradition of Hussein Salem himself will be reviewed 9 February.

The Spanish newspaper La Vanguardia quoted an anonymous source as saying that the judge "seems inclined to hand over Salem, his son and his daughter, provided the Egyptian side remains committed to the conditions requested earlier by Spain."

The source said this would ensure that punishment would not exceed that laid down by Spanish law, and therefore no death sentence or life imprisonment would be issued.

According to Spanish law, the maximum penalty is 30 years for terrorism charges and 40 years for committing more than one crime. The Egyptian judicial system must also guarantee the defendants will not be mistreated during the investigation.

On 10 October, the Spanish secretary of state announced that Spain intended to deliver businessman Hussein Salem, an ally of ousted Egyptian President Hosni Mubarak, to Egyptian authorities for trial on charges of corruption. 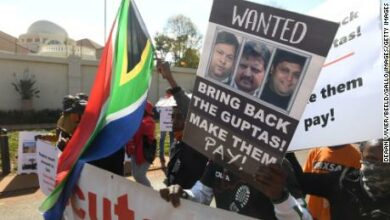