Spanish riot police have forcefully removed a few hundred would-be voters from a polling station at a school in Barcelona.

Daniel Riano was inside when the police pushed aside a large group gathered outside busted in the Estela school’s front door.

The 54-year-old Riano said that “we were waiting inside to vote when the National Police used force to enter, they used a mace to break in the glass door and they took everything.”

He said that “one policeman put me in a headlock to drag me out, while I was holding my wife’s hand. It was incredible. They didn’t give any warning.”

Ferran Miralles said a crowd scuffled with police outside as they formed a tight perimeter around the door. Miralles said “they were very aggressive. They pushed me out of the way.”

Elsewhere in Barcelona, police have detained several people outside the Treball voting center amid scuffles on the street. Officers dragged some of the protesters away and detained them.

Spanish riot police smashed their way into the polling station where Catalonia’s regional leader was due to vote in the disputed independence referendum on Sunday. Scuffles erupted outside between police and people waiting to vote.

Civil Guard officers, wearing helmets and carrying shields, used a hammer to break the glass of the front door and a lock cutter to break into the Sant Julia de Ramis sports center near the city of Girona. At least one woman was injured outside the building and wheeled away on a stretcher by paramedics.

Clashes broke out less than an hour after polls opened, and not long before Catalonia regional president Carles Puigdemont was expected to turn up to vote. Polling station workers inside the building reacted peacefully and broke out into songs and chants challenging the officers’ presence.

National Police and Civil Guard officers also showed up in other polling centers where Catalan officials were expected.

Catalans defied rain and police orders to leave designated polling stations for the banned referendum on the region’s secession that has challenged Spain’s political and institutional order.

The country’s Constitutional Court has suspended the vote and the Spanish central government says it’s illegal. Regional separatist leaders have pledged to hold it anyway, promising to declare independence if the “yes” side wins, and have called on 5.3 million eligible voters to cast ballots.

Reporters with The Associated Press saw ballot boxes wrapped in plastic bags being carried into some of the polling stations in Barcelona occupied by parents, children and activists before some polling stations could open at 9 a.m. (0700 GMT) as scheduled.

The plastic ballot boxes, bearing the seal of the Catalan regional government, were placed on tables, prompting the cheering of hopeful voters that had gathered in schools before dawn.

Some 2,300 facilities had been designated as polling stations, but it was unclear how many were able to open. The Ministry of Interior didn’t provide a number late on Saturday when it said that “most” of them had been sealed off and that only “some” remained occupied.

Police have received orders to avoid the use of force and only have been warning people to vacate the facilities. They are also supposed to confiscate ballots and ballot boxes.

In an effort to overcome myriad obstacles, Catalan officials announced that voters would be allowed to cast ballots in any location and using ballots printed at home, rather than in designated polling stations as previously announced.

Regional government spokesman Jordi Turull also said that a group of “academics and professionals” would serve as election observers. The official electoral board appointed by the regional parliament was disbanded last week to avoid hefty fines by Spain’s Constitutional Court.

“We are under conditions to be able to celebrate a self-determination referendum with guarantees,” Turull said in a press conference. “Our goal is that all Catalans can vote.”

Tension has been on the rise since the vote was called in early September, crystalizing years of defiance by separatists in the affluent region, which contributes a fifth of Spain’s 1.1 trillion-euro economy ($1.32 trillion.)

Spain’s 2008-2013 financial crisis and harsh austerity measures fueled frustration in Catalonia for setbacks in efforts to gain greater autonomy, with many Catalans feeling they could do better on their own.

Courts and police have been cracking down for days to halt the vote, confiscating 10 million paper ballots and arresting key officials involved in the preparations. On Saturday, Civil Guard agents dismantled the technology to connect voting stations, count the votes and vote online, leading the Spanish government to announce that holding the referendum would be “impossible.”

Joaquim Bosch, a 73-year-old retiree at Princep de Viana high school, where a crowd of 20 people was growing Sunday morning, said he was uneasy about a possible police response to the crowds.

“I have come to vote to defend the rights of my country, which is Catalonia,” Bosch said. “I vote because of the mistreatment of Catalonia by Spain for many years.”

On Saturday, Spain’s foreign minister dismissed the planned vote as anti-democratic, saying it runs “counter to the goals and ideals” of the European Union.

“What they are pushing is not democracy. It is a mockery of democracy, a travesty of democracy,” Alfonso Dastis told The Associated Press in an interview.

Dozens of protests have been taking place in Catalonia and across Spain, some to condemn the crackdown on the vote and others supporting the nation’s unity against the independence bid.

No minimum turnout has been set for the validity of the vote by Catalan authorities. Regional government officials initially hoped for a turnout greater than the 2.3 million people who voted in a mock referendum in 2014 in which 80 percent favored independence but have recently signaled that they would consider the vote valid with a lower number given the challenges to hold it.

Separatist Catalan leaders have pledged to declare independence from Spain within 48 hours of Sunday’s vote if the ‘yes’ side wins. 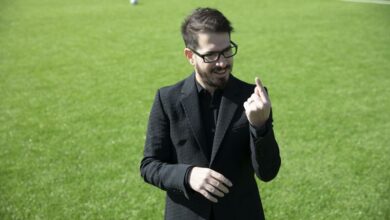 Israeli club calls off match with Barcelona over Jerusalem 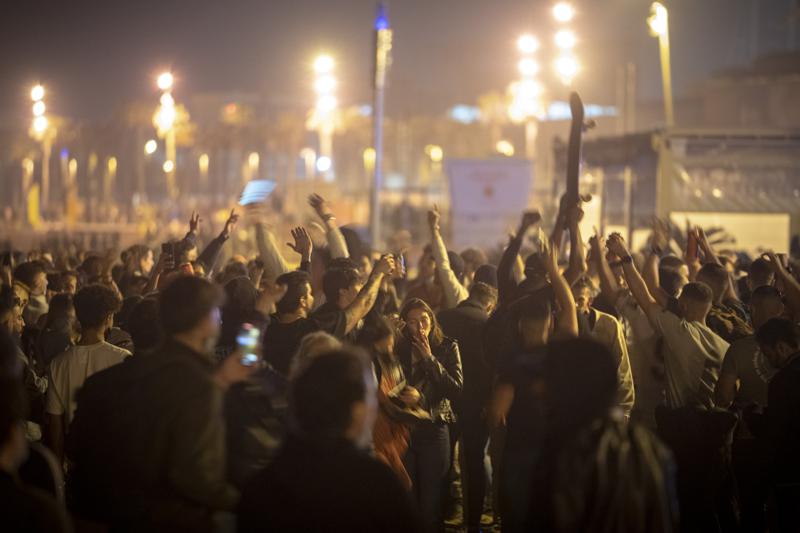