Facebook Twitter LinkedIn
South Korea has finalized its 2030 target of reducing greenhouse gas emissions by 37 percent from business-as-usual (BAU) levels, higher than its earlier plan for a 15-30 percent cut.
The country is among the world's top 10 carbon emitters, so any steps it takes to curb emissions are key to global efforts to combat greenhouse gases in the environment.
The country's emissions are projected to reach 850.6 million tons of carbon dioxide equivalent by 2030 based on BAU levels, a joint statement from ministries such as environment, trade and energy, and finance said on Tuesday.
Earlier this month, Seoul outlined four scenarios for the country's emissions target and said a final reduction rate, of either 14.7, 19.2, 25.7 or 31.3 percent from BAU levels, would be set after holding a public hearing.
"We decided to raise the target from the reduction scenarios, considering our leadership in climate changes such inviting GCF (Green Climate Fund), our global responsibility, and opportunity to develop new energy business and innovate manufacturing sectors," the statement said.
The Green Climate Fund (GCF) was designed "to make a significant and ambitious contribution to the global efforts towards attaining the goals set by the international community to combat climate change" under the UN Framework Convention on Climate Change, and is located in South Korea, its website said. (www.gcfund.org)
The final target will be submitted to the UN on Tuesday, according to the joint statement.
In 2009, South Korea voluntarily set to cut greenhouse gas emissions in 2020 to 30 percent below BAU levels.
In line with its plan to limit climate-changing greenhouse gas emissions, South Korea in January started the world's second-biggest carbon emission market that imposes caps on emissions from 525 of the country's biggest companies.
But trading has been slow to pick up with industry participants urging the government to review its carbon emission reduction target for 2020 while also complaining of higher costs, saying permits handed out were less than what had been requested.
Tags
reduce emissions south korea 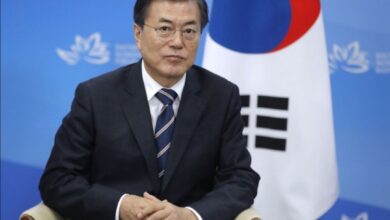