Egypt’s President Abdel Fattah al-Sisi held a meeting with Prime Minister Mostafa Madbouli and Minister of Sports Ashraf Sobhi to follow up on the preparations for hosting the Africa Cup of Nations in June 2019, presidency spokesperson Bassam Radi said on Wednesday.

Sisi asked for continuing coordination between all the state bodies to ensure top-notch organization of the competition, which coincides with Egypt’s presidency over the African Union (AU), Radi added.

The president also asked for Egypt’s sports infrastructure to be updated, particularly the football stadiums and facilities in the governorates selected to host the competition.

Sisi pointed to the importance of utilizing the competition to increase rates of domestic and foreign tourism in Egypt.

Meanwhile, Madbouli presented the current conditions of the country’s sports, health and hotel infrastructure, as well as the main roads, fire extinguishing and first-aids services in Cairo, Alexandria, Suez, Ismailia, Port Said governorates, which will host the competition.

The Confederation of African Football (CAF) announced in January that Egypt won the bid to host the 2019 Africa Cup of Nations, which was withdrawn from Cameroon earlier.

The CAF had withdrawn the tournament from Cameroon last November because of the delay in the completion of infrastructure and sports facilities, in addition to concern about the security situation.

Accordingly, Egypt and South Africa submitted requests to host the tournament, which will include the participation of 24 national teams for the first time in its history. The CAF seconded Egypt.

The tournament is scheduled to run from June 15 to July 13.

Where to watch the African Champions League final 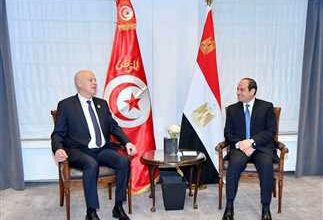