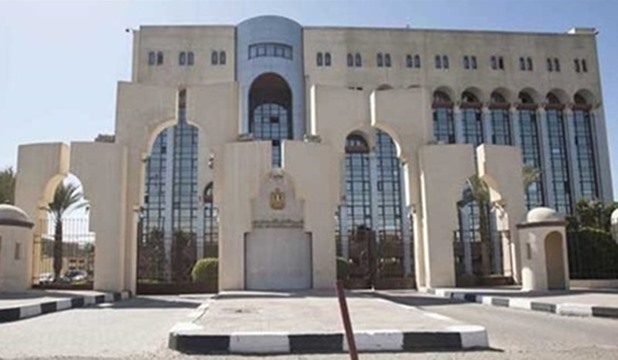 Egypt’s State Information Service (SIS) on Saturday denied the veracity of a report by The New York Times claiming that Egyptian leaders have accepted the decision by US President Donald Trump to move their embassy to Jerusalem.

The intelligence officer, Capt. Ashraf al-Kholi, told the hosts that instead of condemning the decision, they should persuade their viewers to accept it.

SIS said in a statement that The Times’ report claims that Kholi is an officer with the Egyptian General Intelligence without presenting its readers with the slightest evidence as to the truth of this piece of information or that a person by this name exists in the first place.

It added that Mofid Fawzy is a journalist who stopped TV presenting years ago contrary to the claim made in the Times’ report.

Also, SIS said that Saeed Hassaseen whose talk show stopped several weeks before the Jerusalem decision and who does not currently present any other TV show. It reported that Hassaseen denied that he received a call on Jerusalem, affirming that he does not know at all a man by the name of Ashraf al-Kholi.

The renowned movie star Yousra has no relation whatsoever to presenting TV talk shows and is working in the movie and acting industry in Egypt and the Arab world as well, a fact Mr. Kirkpatrick should have been aware of given his long stay in Egypt, the SIS statement added.

It said that Yousra denied knowing someone by the name Ashraf al-Kholi, or that she discussed with anyone the issue of Jerusalem and that she has spoken or expressed views on political subjects to any media outlet, adding that she was not present in Egypt during the period specified in the report.

She further announced that she will seek legal action for bringing her name into these alleged leaked audio recordings as this amounts to an affront to her reputation as a big movie star.

Azmi Megahed, the fourth name in the Times report, denied knowing a man by the name of Ashraf al-Kholi, the newspaper said.

The Times’ report contains allegations regarding Egypt’s position on the Jerusalem issue mentioned in the so-called “audio recordings.”

It is inappropriate for The New York Times, a reputable newspaper, to publish such allegations, SIS said.

Egypt’s positions on international issues are not derived from alleged leaks from an anonymous source, the SIS statement said, adding that Egypt’s positions are conveyed by the President, the Minister of Foreign Affairs and in official statements.

All of the entities in charge have expressed, in word and deed, the inalienable position on Jerusalem in the United Nations and other international organizations with disregard for the threats of the US Permanent Representative in the UN to cut aid to countries including Egypt over UN Jerusalem vote, the statement added.