Shift work may lead to a poor diet and too little exercise, accounting for at least some of the increased health risks seen among people who work changing hours or regular overnights, a new study suggests.

“The occupational health care unit personnel had noticed that many shift workers had health risks,” said Katri Hemio, a nutritionist at the National Institute for Health and Welfare in Helsinki who led the study. “In addition, 70 percent of airline workers were working in shifts and most of them had irregular work hours,” she said.

“This makes the population vulnerable to the potential risks of shift work and also very suitable for studying (the) risks,” Hemio said.

Previous research has shown that shift workers have an increased risk for cardiovascular diseases, metabolic syndrome and type 2 diabetes, Hemio and coauthors note in Occupational and Environmental Medicine.

Shift workers also tend to gain more weight, the more they work the varying schedules. Night shift workers also sleep less, which can cause metabolic and cardiovascular problems, the authors point out.

The new study included 1,478 airline employees in an airline screening and prevention program for chronic diseases from 2006 to 2009. A little over half were men. Some were day workers, some were shift workers who did not work on aircraft, and some were in-flight employees.

Health check-ups at the beginning of the study included diabetes risk screening, lab tests, physical measurements and a questionnaire on lifestyle, work and sleeping habits. Those at risk for diabetes also completed a 16-item questionnaire on how many and what types of meals they ate daily and were offered lifestyle counseling.

Health check-ups were repeated two and a half years later, when all participants completed the questionnaire again.

The male employees who worked shifts during the study period, mainly doing aircraft or customer service, were less likely to eat at least one portion of vegetables per day than either day or in-flight shift workers.

More in-flight and day workers had academic or polytechnic degrees than the shift workers, the study authors note.

“One result surprised us . . . we found that education level did not affect the results,” Hemio told Reuters Health. “It seems that shift work itself strongly affects workers’ eating habits.”

The female shift workers also felt more stressed and led a more sedentary lifestyle than the other women employees. The in-flight workers had healthier metabolisms, according to the lab tests.

“The most important message to other shift workers is that they should be aware of increased risk for chronic diseases and that healthy nutrition may lower the risk,” Hemio said.

Teresa Fung, a nutritional epidemiologist at Simmons College and Harvard School of Public Health in Boston, who has also worked as a dietician, called the study “stimulating,” but said it brought up more questions than answers.

“People do a fair amount of eating while at work, so availability is an issue,” Fung said. 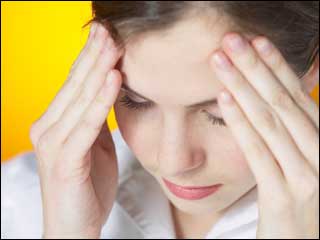