The plane was water sprayed upon landing at Sharm el-Sheikh Airport as part of a welcoming tradition, as public relations team at the airport received the tourists with gifts, roses and chocolates.

The plane was received by director of Sharm el-Sheikh International Airport Nabil al-Mallah.

According to Mallah, Swiss Air will operate one flight a week to Sharm el-Sheikh International Airport on Saturday. 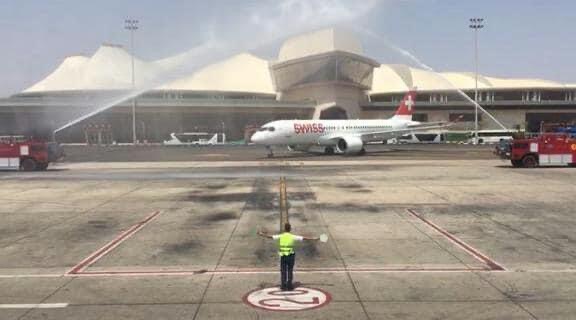 This comes as part of joint efforts between the Ministry of Civil Aviation and all other sectors of the state to activate air traffic and incoming tourism.