In the hilly outskirts of sunny Barcelona, Spanish scientist Sergi Santos looks proudly over what appears to be five busty women in tiny shorts and tank tops perched around his living room.

But look a little closer and it is clear they are not women but silicone sex dolls with wigs and artificial brains that Santos believes will not only earn him money, but may also be used to staff brothels and help combat sex trafficking.

“Hi Samantha,” Santos said, switching on one of his dolls.
“I’m here, what’s up?” the robot replied, its bright blue eyes staring into nothing, as a cable plugged into its neck charges the computer processor in its “brain”.

Artificial intelligence (AI) is making its way into the global sex market, bringing with it a revolution in robotic “sextech” designed to offer sexual gratification with a near-human touch.

But the arrival of sex robots has divided opinion. Inventors like Santos argue they can potentially replace prostitutes, reduce sex trafficking and help lonely people, while critics say they objectify women and normalise sexism and rape culture.

“Get sexy,” instructed Santos, 39, who founded Synthea Amatus in 2015 and aims to start selling his sex robots in coming weeks, starting from about $2,000 each.
“I’m ready, what about you? I hope you are. I enjoy being with you, always,” the big-breasted robot replied, while Santos’ wife Maritsa Kissamitaki works at a desk in their home office.

Roboticists like Santos and those from the US-based Abyss Creations are racing to become the first in the world to bring sex robots — which talk and respond to touch through AI technology — to the consumer market.

Sex robots at bigger companies like Abyss Creations will start from about $10,000 depending on added extras.

Experts say the increasingly life-like robots raise complex issues that should be considered by policymakers and the public – including whether use of such devices should be encouraged to curb prostitution and sex trafficking, for sex offenders, or for people with disabilities.

A sex doll is suspended in the home office of Sergi Santos and his wife Maritsa Kissamitaki, on the outskirts of Barcelona, Spain, July 12, 2017. (via Thomson Reuters Foundation/Lin Taylor)

London-based AI researcher David Levy predicted in his 2007 book “Love and Sex with Robots” that humans would have sex, fall in love and even marry robots by 2050.

“I don’t see anything wrong in using a sex robot to provide sexual satisfaction to people who can’t achieve it in relationships with other humans. It’s much better for lonely and miserable people than no sex at all,” he said. “Sex robots are just providing an alternative.”

As the technology advances, brothels in global cities will be staffed by robot prostitutes, says Levy, and like most consumer electronics, such as laptops and mobile phones, the cost of sex robots will drop – to the point where it will be cheaper than paying for a human prostitute.

He believes as the stigma of having sex with robots wears off, robotics could disrupt the sex trafficking industry.

“The advent of sex robots will probably reduce the popularity of having sex with a sex worker. And if it’s going to have that effect, it will also reduce sex trafficking,” Levy said in an interview with the Thomson Reuters Foundation.

“I don’t see that anybody can possibly be harmed by people having sex with robots, so I think that the idea of a robot brothel should not only be legal it should probably be encouraged in order to reduce sex trafficking.”

Globally, nearly 46 million live as slaves, forced to work, sold for sex, trapped in debt bondage or born into servitude, according to the 2016 Global Slavery Index by Australia-based rights group Walk Free Foundation.

“Should you be trafficking humans? I think it’s obvious – no. So what we should do is stop that, and make people spend the money on the doll,” he said.

However ethicist and founder of the Campaign Against Sex Robots Kathleen Richardson disagrees that sex robots will curb sex trafficking but says they will be another “option on the menu” alongside human prostitutes.

She said comparing prostitutes to robots was dehumanizing, and that the sexual objectification of women through sex dolls was also problematic.
“I don’t think sex robots will reduce sex trafficking. It will just become another option on the menu for an already distorted and dehumanized commercial market,” said Richardson, an academic at De Montfort University who has been studying robotics for more than a decade.

“There’s something more insidious going on in sex trafficking about how you control and dominate another human being – and the pleasure you derive from rape.”

Richardson said sex dolls and robots could even be dangerous, used as proxies to act out fantasies like rape or pedophilia. “Giving someone who wants to rape children and fantasizes about that a doll with orifices that he can penetrate is … dangerous. It’s absolutely, extraordinarily irresponsible to promote that idea in wider society,” she said.

The Salvation Army in Britain, which supports survivors of sex trafficking, said it opposed the use of sex robots because it rewards people for exerting control over another.
“Trafficked people are being seen as a commodity and we don’t think that sex with a robot is going to reduce that,” said Kathy Taylor from the charity’s Anti-Trafficking and Modern Slavery unit.

“The reason some people purchase sex is because it can be a power dynamic in itself. And if you can buy a robot, does that not normalize this distorted power dynamic?”

But Santos, who aims to develop male robots as well, said sex robots had the potential to benefit society – from helping closeted lesbian, gay and bisexual people, to preventing sexually transmitted diseases, and progressing AI technology.
“Technology is always like that: people are against it, people are for it. But eventually, if you develop technology in the right way, you’ll always have many benefits for people,” he said.

Google fires engineer who contended its AI technology was sentient 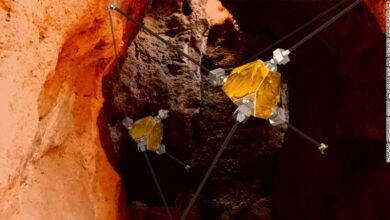 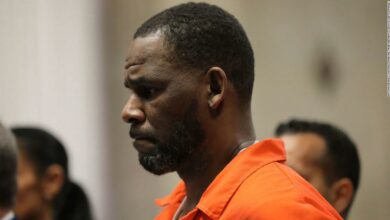 R. Kelly placed on suicide watch after being sentenced to 30 years in prison, his lawyer says