Facebook Twitter LinkedIn
Sex plays a pivotal role in story lines throughout the 37th session of the Cairo International Film Festival, although 100 films from 64 Arab and foreign countries were screened.
The Ethiopian film “Price of Love” tackles prostitution in Ethiopia from a social perspective, away from the negative perception attributed to this profession. It revolves around a taxi driver who falls in love with a prostitute and discovers that circumstances forced her into this life. She makes him come to terms with his own past because his mother was also a prostitute.
The Korean film “Madonna” by Shin Su-won is about a 35-year-old woman who is a nurse in a hospital taking care of a paralyzed patient. The patient is the owner of the hospital and his son strives to keep him alive because of the man’s fortune. The son takes an organ from a dying woman, who is a prostitute, to donate to his father.
The Argentinian film “Paulina” by Santiago Mitre is about a woman who abandons her job as a successful lawyer in Buenos Aires to do social work on the border with Paraguay and Brazil. After two weeks of working in a slum area she is brutally raped by a gang. She is not deterred by the act, however, and decides to continue with her mission.
The Croatian film “The High Sun” by Dalibor Matanic also talks about sex and forbidden love in three stories taking place during three consecutive decades in neighboring villages within the Balkans that have a long history of ethnic hatred.
Forbidden love is also tackled in the Hungarian film “The Wednesday Child” by Lili Horvath. It is about a girl who was born on a Wednesday and whose mother told her that those born on that day can achieve whatever they want.
The Italian film “The Choice” by Michele Placido is about a woman who wants to have a child but her lover is hesitant about it. When she is raped one night and discovers later that she is pregnant, the two start to believe that the child could be the key to their happiness.
Rape is also addressed in the Swedish film “The Herd” by Beata Gardeler. It is about residents from a small village in northern Sweden who all know and respect each other. But when a girl accuses one of her schoolmates of raping her, the villagers refuse to believe that such a thing can happen in their village. Their anger is then focused on the girl, rather than the boy.
Edited translation from Al-Masry Al-Youm
Tags
cairo film festival sex 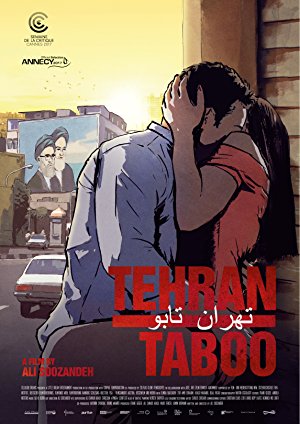 ‘Tehran Taboo’: Vice and virtue on the streets of Iran’s capital