Facebook Twitter LinkedIn
Headphones have come a long way since Nathaniel Baldwin invented the first modern headphones in 1910 — from heavy circumaural designs (surrounding the ears) to little earbuds that you can tuck away in your pocket.
Now, in a market filled with millions of inexpensive choices, US based company Audeze is selling US$2,000 headphones that it claims will give you the most authentic listening experience on the planet.
"The reason that they are popular is because of the incredible quality of sound that we can provide," says CEO Sankar Thiagasamudram, who started designing headphones with a friend in 2008.
"We made a couple of prototype headphones and we took it to this headphones show. There's an incredible community online called Head-Fi and people there found us and they encouraged us to build headphones."
Audeze has captured the interest of audiophiles and music industry professionals alike with its high-end devices.
"Most of the headphones that you see in the market use cone drivers. What we do is use a type of driver called a planar driver," said Thiagasamudram. "It's a very small, thin transducer placed in a magnetic field which then produces sound.
"The diaphragm is about two microns thick, which is about one tenth of a human hair. Because of its incredibly quick, incredibly accurate low distortion, this allows people to hear sound as if they are in a [recording] studio."
The high price tag not only incorporates complex manufacturing techniques, but also allows for luxurious design — with each individual ear piece hand crafted out of wood.
"I think it took us about 6-7 months to find the correct lumbers that we needed," says Jesse Zamora, who makes the ear pieces in a small woodshop North of L.A.
"We had to find wood that had the correct tones … so that they wouldn't color the actual sound of the headphones themselves. We had to find very dead tone woods," he added, "We wanted to make sure that it was very beautiful so this was one of the reasons we chose zebra wood."
It takes four days to test and assemble each set of headphones — but sales have been anything but slow, doubling in the last year thanks to key markets in the United States, Germany and Asia.
"We have everybody from sound engineers to students to musicians," says Thiagasamudram of his buyers, "From China to Micronesia to Australia."
"The headphones that we make are probably the most accurate headphones in the world," he added.
Tags
headphones music sound quality technology 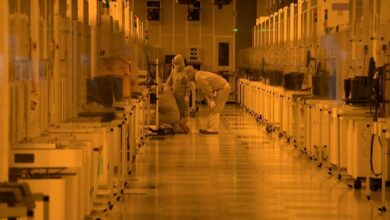