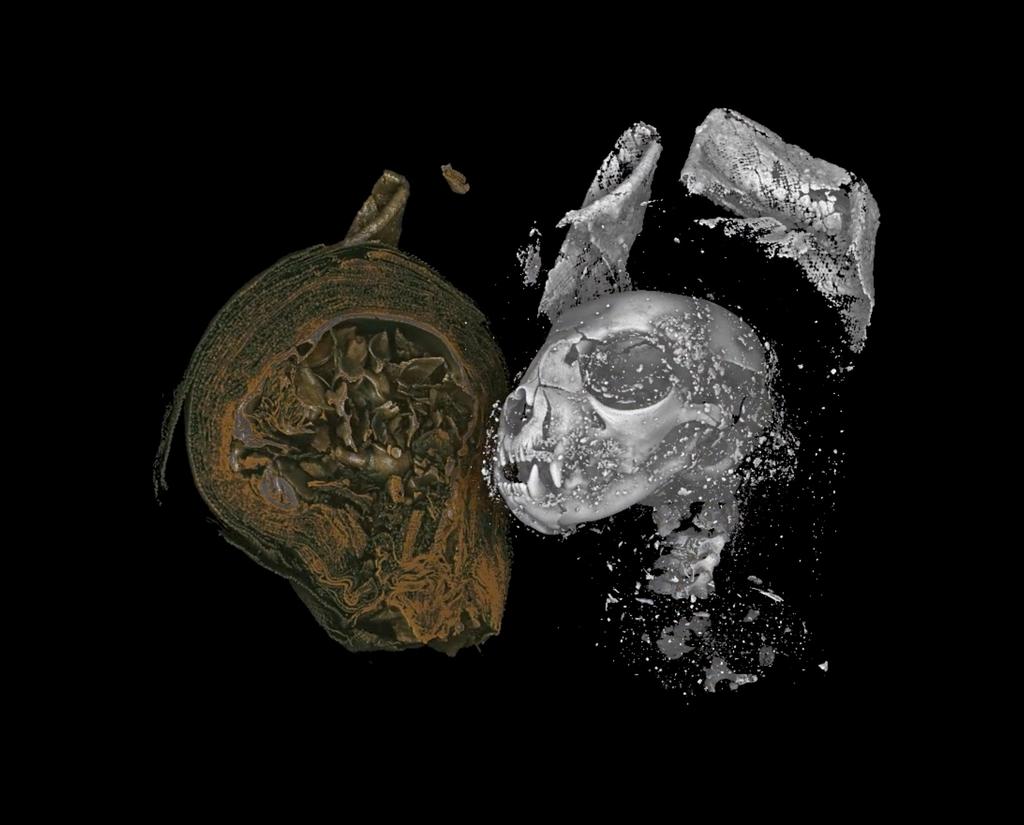 WASHINGTON (Reuters) – Scientists are gaining new insight into the ancient Egyptian practice of mummifying animals, using high-resolution 3D scans to peer inside mummies of a cat, a bird and a snake to learn about their treatment before being killed and embalmed.

Researchers on Monday said they digitally “unwrapped” and “dissected” the three mummies using X-ray micro CT scanning, which generates three-dimensional images with a resolution 100 times greater than a medical CT scan. Actual unwrapping can damage and dislodge structures within a mummy.

Ancient Egyptians mummified not only human corpses but millions of animals including cats, dogs, birds, snakes and crocodiles, particularly during a period of more than 1,000 years starting around 700 BC.

The three mummies apparently were made as “votive offerings” to gods at temples to act as a go-between between deities and living people, according to study co-author Carolyn Graves-Brown, curator of the Egypt Center at Swansea University in Britain. They were long held in Swansea’s collection and their precise age and origin in ancient Egypt are unclear.

The researchers found evidence that the snake, a juvenile Egyptian Cobra, had been denied water while alive, based on its calcified kidneys, and apparently was killed by spinal fracture after being lifted by the tail and whipped in the air.

The coiled snake’s mouth contained a substance called natron and its jaw was placed in a wide-open position, consistent with the animal possibly having undergone the “opening of the mouth” ceremony, said Swansea engineering professor Richard Johnston, lead author of the study published in Scientific Reports.

This ritual was conducted so mummified subjects could regain their senses in the afterlife.

“This would be additional information supporting other evidence that the ‘opening of the mouth’ was done on mummified animals. We know it was carried out on humans,” Graves-Brown said.

The domestic cat also was a juvenile: a five-month-old kitten, based on unerupted teeth within the lower jaw. Its neck was broken at the time of death or during the mummification process.

The bird appears to be a Eurasian kestrel, of the falcon family.

“Like us, the ancient Egyptians used and abused animals,” Graves-Brown said. “There is evidence from the mummified remains of maltreatment.”

Reporting by Will Dunham; Editing by Sandra Maler

Image: The head of a mummified domestic cat, revealed by X-ray micro CT scanning that generates three-dimensional images with a resolution 100 times greater than a medical CT scan, is seen in this undated image released on August 20, 2020. Swansea University/Handout via REUTERS.