When Hurricane Sandy hit the Eastern seaboard in 2012, it left more than 8 million businesses and households without electricity. Business costs in New Jersey alone totalled $8.3 billion. At the time, Adapt Ready co-founder Shruthi Rao was working as a sustainability consultant in New York. When she presented her sustainability recommendations to C-level executives after the hurricane, they seemed more interested in how extreme weather events were affecting their company’s bottom line, and what they could do about it.

This sense of urgency was new. Usually, Rao had noticed, companies would hire sustainability consultants to get a PR boost, but wouldn’t implement many of their recommendations. But, she realized, “If you start making the link of how these extreme events have impacts specifically on that individual or company, things will start moving forward.”

The Allianz Risk Barometer 2017 ranks natural catastrophes as one of its top ten global business risks—they were responsible for US$175 billion in economic losses in 2016. Many companies have suppliers located in areas prone to severe weather or natural catastrophes, yet are unprepared when the impacts of business interruptions halfway across the world trickle up to them.

By 2012, the hot topics in software development were Big Data and machine learning, in which a computer processes enormous amounts of data and continually improves (or “learns”) how to make decisions. “All these cutting edge technologies were being used to build products and sell to consumers,” Rao said. “Very little—if at all—was used to address some of the biggest challenges facing mankind, or even business issues.”

Rao co-founded Adapt Ready in 2013 with software developer Sandeep Chandur, now a six-person startup with operations in London and New York. The company has developed a risk intelligence platform built on Big Data analytics and artificial intelligence that signals how critical risk factors around the world, such as extreme weather or political events, could impact a business, using purely external data. While Adapt Ready’s platform has many potential applications, it currently serves the needs of insurance carriers who want to better understand their clients’ risk exposure and also tap into market opportunities based on new insights.

Adapt Ready had the perfect case study last September, when Hurricane Harvey slammed into Texas. A flooded chemical plant’s stockpile of organic peroxides caught fire and exploded, sending plumes of noxious smoke into the air. Within 48 hours, Adapt Ready was able to map and provide a quick search of all of the chemical factories in the region, what chemicals they were manufacturing, and their environmental violations. They sent this information to insurance companies who, if they had known more details prior to selling the policies, could have priced their products accordingly and/or forced the plant owners to come up with better emergency plans.

This pilot project won Adapt Ready several more, including assessing the risk profile for an insurer whose client has suppliers in China’s flood-prone Pearl River Delta. “They’re really focused on resilience and adaptability, which is a great place to be, business wise,” said Judith Curry, president of Climate Forecast Applications Network and Professor Emeritus of the Georgia Institute of Technology. “In the face of possible worse weather and climate outcomes, adapting to the current weather and climate challenges is going to make companies a lot more prepared for whatever the future climate might throw at them.”

Adapt Ready can also help address the insurance protection gap in developing countries: vulnerable industries that lack insurance and can’t survive serious business disruptions. ”It’s good for business to identify these insurance gaps, but it’s also good for these vulnerable communities, to help protect them from being affected by these events,” Rao said.

Rao is a product of the global economy herself, having worked as a software engineer in her home town of Bangalore, India, before moving to the US to work and earn an MBA.

In 2010, she became a Fellow of the Environmental Defense Fund, working to develop an energy efficiency plan for Akamai Technologies. She was only supposed to analyze Akamai’s data centers and electricity usage, but ended up designing an innovative pricing strategy, which was recognized at the 2011 Uptime Institute  Awards and garnered her press in The Boston Globe.

Curious about the Globe’s sustainability, she asked for a tour of its facilities, and subsequently cold-mailed the CFO her recommendations. It was a hard sell at a time when newspapers were financially insecure. “Everyone at the time thought sustainability was a cost center,” Rao said. But she was so convincing, the CFO hired her as a sustainability consultant. She then moved to New York City to continue consulting for businesses before co-founding Adapt Ready.

Adapt Ready is currently pitching for funding to build a more robust version of its software, but Rao has run into two challenges. First, there is the startup industry’s fetishization of the elevator pitch. “Whenever you’re working on a real problem, something complex that has far-reaching benefits, it’s really hard to communicate what you are doing in 30 seconds,” she said. “The startup world is more friendly to simplistic messages.”

She has also experienced the startup world’s well-documented bias against women. In one meeting, an investor interrupted Rao at least eight times, then expressed concern that her co-founder wouldn’t be able to handle both the technology and sales sides by himself. Never mind that Rao would be leading the charge on sales.

Rao has found that many investors seek CEOs with aggressive attributes. “It is this mindset that subconsciously directs investments towards male founders,” she said. “If there is anything that sells, it’s not aggressiveness, it’s authenticity.” 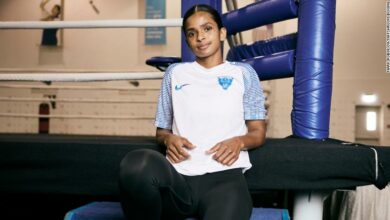