Facebook Twitter LinkedIn
Mr. President, this is a message from the heart and the mind motivated by real patriotism. It is a perspective that you and the government seem not to see clearly.
Firstly, we all know the huge economic and terrorist risks that threaten the country. We also know the popularity you enjoy that helps you overcome some problems. Yet this popularity has recently decreased a lot, especially among the young who constitute 60 percent of the community.
Secondly, the problems of Egypt are difficult and complex. The masses of 30 June are divided into various groups. You will not be able to fight the Muslim Brotherhood and revive the economy without unifying all Egyptians.
Thirdly, there are signs that the state has at the highest level interfered directly in the formation of the “For the Love of Egypt” electoral list and intervened to weaken the other lists, rendering electoral competition impossible. And after the “emperors” of the National Party entered the race, the fight now is between Mubarak’s men who joined the “For the Love of Egypt” list and Gamal Mubarak’s men, while the people are pushed out of the game. This puts us all in a situation similar to what happened in 2010. How will people accept the cancellation of subsidies by a parliament that they do not relate to? We want stability, a strong and fair state and improvement in tourism and investment. Yet what is happening now will not achieve anything.
Fourthly, it is clear that the Interior Ministry has become a major power in Egypt. The killing of Shaima al-Sabbagh, which you considered your own daughter and which the Interior Minister vowed before you and before all the people to reveal her killer that everyone knows is from the police, ended in nothing but a gag order. Also, evidence of the disaster of the 20 young people who died outside the stadium implicates the police, but nobody will be brought to account.
Fifthly, media figures who derive their power from you foment animosities and say things that are punishable by law without holding them responsible for trying to destroy the country.
Sixthly, the political future is bleak because the regime is financing certain parties and fighting others, which may in the long run pave the way for the return of the Muslim Brotherhood, which would be a disaster.
I want you to succeed, but I am becoming less optimistic. I send you this alarm message as I have agreed with the leaders of my party to step down from its presidency this year.
Edited translation from Al-Masry Al-Youm
Tags
risks

Adults who were preemies may face more mental health risks Miscarriage, abortion may pose similar risks for next pregnancy 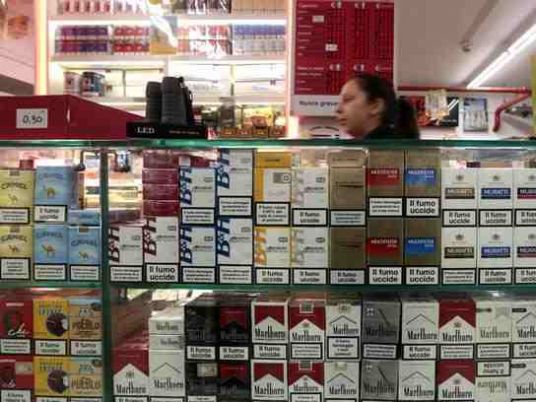 Consumers unclear about risks or benefits of e-cigarettes