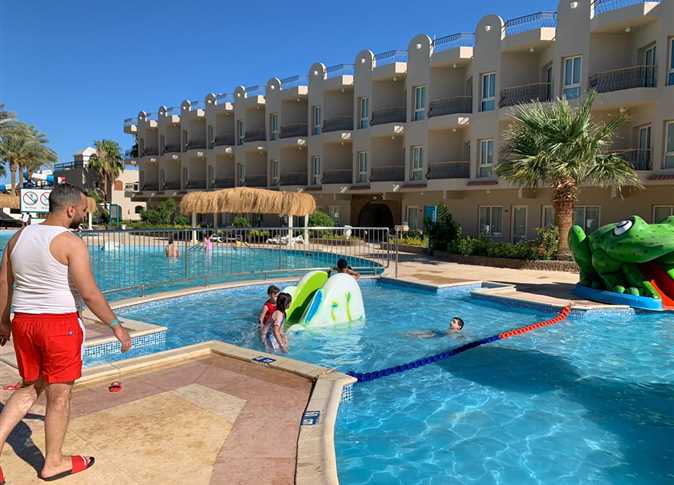 Hurghada hotels witnessed a significant increase in occupancy rates on the second day of the Eid al-Fitr holiday due to a rise in domestic tourism.

Domestic tourism in Egypt has now resumed amid controls put in place by the Ministry of Tourism to combat the coronavirus outbreak.

The hotels of Gouna and Hawaii, north of Hurghada, were occupied at 25 percent capacity — the amount allowed by the Ministry of Tourism for each hotel.

Hotels in Hurghada and Gouna also hosted a number of foreign and Arab diplomats working in Egypt, who spent the Eid al-Fitr holiday in the area.

All safari, diving, and marine activity centers continued to be suspended, however, and all public beaches remain closed.

He explained that investors seek to only restore work in the tourism sector and to return domestic tourism to its usual levels, which is in the public interest.

Various hotels, companies, restaurants, bazaars and cafes in Egypt’s resorts have closed their doors to mitigate the coronavirus pandemic.

Tourism experts have estimated that Egypt’s tourism sector is losing one billion dollars a month due to the pandemic.

Ten hotels receive approval to operate in Egypt during outbreak