Facebook Twitter LinkedIn
Several human rights organizations on Wednesday requested the prosecutor general to open investigation into the tapping of the phone calls of political activist Asmaa Mahfouz, which they considered interference in her private life.
The calls were aired by Abdel Rehim Ali, host of the “Black Box” television program on Al-Kahira Wal Nas satellite channel.
The organizations, which included The Arabic Network for Human Rights Information, The Egyptian Initiative for Personal Rights, The Egyptian Center for Economic and Social Rights and The Hisham Mubarak Center warned that Ali said he would air more calls although he knows there are complaints against him.
They also said that they would not stop until the perpetrators of such a crime are punished, arguing that such practices tarnish the revolution.
Edited translation from Al-Masry Al-Youm
Tags
Asmaa Mahfouz 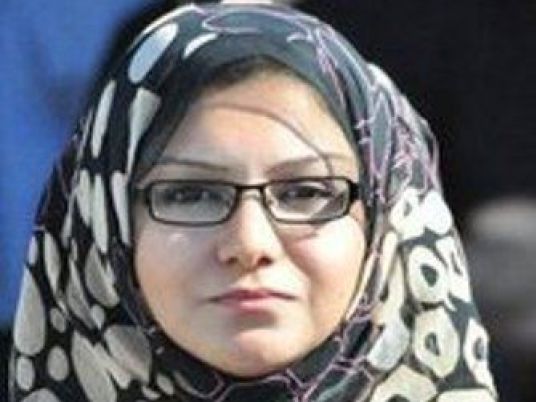 Asmaa Mahfouz: Unite political forces away from those implicated in bloodshed

Spokesperson calls for accuracy when reporting information about army