What may be harder than making a revolution is writing a good novel about it. Ezzedine Choukri Fishere, a political science professor at the American University in Cairo and a former diplomat, is among the few who have succeeded in that challenge.

In his latest novel “Exit Door: Ali’s Message Full of Unexpected Joy,” Fishere doesn’t only give a thorough analysis of the events of the Egyptian revolution, but he also soars nine years into the future. He wrote about the revolution as it continued to develop and serialized it in the daily privately owned Al-Tahrir newspaper over the course of 68 days.

The challenging part is that he was writing the novel on a day-to-day basis as it was being published. Despite how hard that sounds, Fishere succeeded, suggesting that this might be the most convenient way to write about the revolution, with all its daily dynamics and speedy developments.

Fishere’s previous novel, “Embrace Over Brooklyn Bridge,” was disappointing: mostly a collection of cliches of Arabs in diaspora. It was loaded with all the same stereotypes of loss of identity, miscommunication with your children and the perils of being attacked by African-Americans in the subway.

Surprisingly, the novel made it to the shortlist of the 2012 Arab Booker. “Exit Door,” however, definitely deserves a place on the 2013 Booker shortlist.

In a kind of flashback mode, the novel provides a thorough analysis of the revolution through the message Ali, the protagonist, writes to his son. Ali is a translator at the president’s office: a role manifest with passivity, a curse that haunts him throughout “Exit Door,” almost until its very end.

Ali writes to his son while on a ship loaded with nuclear missiles ordered by Egypt’s president in 2020. He decides not to be passive for the first time, though that risks making him a traitor.

He has already contacted the Americans asking them to intercept the nuclear cargo which is to be fired on the Israeli army, which has taken over East Sinai in 2020. Ali’s message is his final attempt to explain his rationale behind the decision, in case he gets caught or killed.

He starts the letter describing his early years living in Beijing, where his father was a military attache at the Egyptian Embassy. Ali had a talent for learning languages and excelled in Chinese. His father forces him to move back to Cairo, leaving the Chinese girl he loves behind, which is when he takes up a translation job at President Hosni Mubarak’s office.

He is an honest translator to Mubarak, and a silent witness to the gradual downfall of his regime. Ali might have seen it coming, but he is just a translator and nothing more.

Then comes the “first revolution.” Ali goes to Tahrir Square; he is happy and excited, but not active. The events of the revolution reconnect Ali with his two main friends who will later play a bigger role: Ezzedine Choukri, who will comment on his resemblance with the author later, and Mahmoud Beshir.

The main political events of the revolution, which intersect with Ali’s personal life at many points, match reality until a disconnect happens after the Port Said Stadium massacre. Then the Supreme Council of Armed Forces decides to dismantle itself and form a civilian presidential council in response to the deteriorating situation; this idea, however, also proves to be a failure due to rivalry among its members and the military’s continued domination.

The reader can read between the lines that it is real events that inspire Fishere’s future scenarios. The second revolution is sparked by clashes that take place between street vendors and the police in the informal neighborhood of Ard al-Lewa. Its main events are also a reaction to the Israeli military attacks on Iran.

Ali’s personal life is devastated by the second revolution. He is assaulted at his office by protesters, and his wife flees the country with her father, taking their son with her, while Ali is in a coma. It takes him a while to pull his act together while watching his friends rise to power as he fails miserably.

Ezzedine Choukri, Ali’s friend in “Exit Door,” embodies the author’s self-critique. The resemblance, even in name, is quite shocking.

But the dramatic end of the character shows clear feelings of self-flagellation, and foresees how things could go wrong if Fishere played a more political role. Insistence on a unilateral point of view and the determination to fulfill it bring about the end of Ezzedine in the novel.

Facing his own demons is one of the most intelligent and sophisticated points of the novel, in which the author comes out triumphant.

Back to our protagonist: Ali, after years of disarray, is back as the translator of the first elected president who is, as you may have guessed, a Muslim Brother. He silently watches the failure of the Brotherhood and its decisions, which accidentally leads to the death of Ali’s sister and her family — an incident that affects Ali, leading him to make his only active decision.

The rule of the Brotherhood falls when the army takes over and a military general, Ali’s father-in-law, appoints himself as president. The coup is a reaction to the Israeli invasion of East Sinai after Egypt fails to protect Israeli borders from attacks by different pro-Palestinian and jihadi groups.

Finally, when Ali feels that danger is imminent and lives are endangered because of the nuclear plan set by the military president, he decides to act for the first and maybe last time.

“Exit Door,” however, is not as passive as its protagonist; it analyzes the revolution, highlights drawbacks, criticizes the weaknesses of all factions active on the political scene, draws a futuristic scenario, and finally gives a solution, an exit door to a gloomy and unclear period in Egypt’s history.

To do this, Fishere adopts a trial-and-error approach; he tries the rule of every faction, and concludes that the solution is simply unity on the grassroots level among youth of all factions: revolutionaries, Muslim Brotherhood members, socialists and liberals.

But even before readers learn his solution, “Exit Door” is exciting, deep and mind challenging. Fishere uses all his political skills, knowledge and experience, which puts him in a select category with the very few novelists who manage to write about the revolution as their attempt to find an exit door to Egypt’s transition. 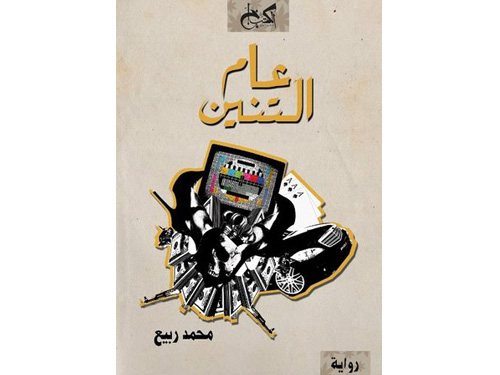 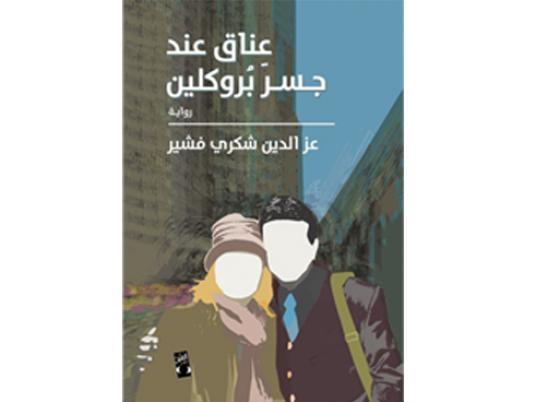 Fishere breaks with his past in ‘Embrace on Brooklyn Bridge’

Living with ghosts: The specters of Radwa Ashour