The retrial of ex-MP and construction mogul Hisham Talaat Mostafa began on Monday, when he pleaded not guilty to the brutal murder of Lebanese pop star Suzanne Tamim in the summer of 2008.

Mostafa, 50, was convicted in the first trial of ordering the murder of Tamim, 30, along with Mohsen el-Sukari, a former State Security policeman who was allegedly hired by Mustafa to slay the singer in her Dubai apartment.

The trial began with the three court judges, headed by Adel Abdel-Salam Gomaa, reading off the charges. The court listened to how el-Sukrai had followed Tamim’s moves in London and the United Arab Emirates, and how he had bought a “white weapon”–a phrase used to describe knives and daggers.

He allegedly knocked on her door claiming to be a janitor. When she opened the door, he attacked, cutting her with a knife and “severing the main blood vessels and cutting the tracheal.”

Moving on to Mostafa, prosecutors said that the business tycoon had commissioned her murder “in an act of revenge,” hiring el-Sukari to do the job for US$2 million. “He facilitated [el-Sukari’s] transportation and travel visas so that he could trail the victim and kill her,” they claimed.

The billionaire and el-Sukari were both present at the session. Both men were arrested in July 2008.

Pleading not guilty, el-Sukari swore an oath before saying that he “never committed any of this.” In initial police questioning after his arrest, it was el-Sukari that had linked Mostafa to the murder after the latter had brushed it off as mere gossip aimed at hurting his status as a businessman.

Closed-circuit television footage showed el-Sukari coming in and out of Tamim’s building, while his fingerprints and bloody clothes were allegedly found at the crime scene. A credit card in his name was used to buy the murder weapons. On Monday, he denied ownership of the weapon, saying it had been “placed” in his bag.

For his part, Mostafa said that “none of the incidents mentioned [by the court] happened.”

After the first trial, Mostafa’s lawyers had filed an appeal, citing legal errors. The court had ruled in favor of Mostafa by overruling the death sentence, accepting the appeal and ordering a retrial–crushing the hopes of many that the influential businessman would ever face justice.

The verdict of death by hanging, when first handed down to Mostafa in June 2009, had made it seem that perhaps even leading National Democratic Party members were not above the law. Defense lawyers told the press earlier that the appeal had been accepted due to flaws in the implementation of the law and because core requests by the defense team had been ignored.

It was one of the most sensational trials that Egypt had witnessed in a long time, causing stocks in Mostafa’s real-estate company–the largest in Egypt–to decline sharply. It was made worse after the emergence of photos of the slaughtered singer lying in a pool of blood with her throat slashed.

Monday’s session was relatively uneventful, although it was marred by disputes between defense and civil rights prosecutors.

The session witnessed a one-hour row between the civil rights party’s Montassir el-Zayat and Fareed el-Deeb, defense lawyer for Mostafa. El-Zayat commented on “court protocol,” saying that defense lawyers wanted them thrown out and that some civil rights lawyers had not been allowed entry. In addition, another row occurred between civil rights lawyers representing Adel Ma’touq and Riyad el-Azawi, the two men who claim they were married to Tamim before she was murdered.

Both parties of lawyers also gave their requests to the court. El-Deeb called for the re-examination of the CCTV camera CDs by experts.

Meanwhile, Ma’touq and el-Azawi’s representatives both said they carried documents proving that each was married to Tamim right before her death. El-Zayat had requested that Mostafa’s brother, Tarek Talaat Mostafa–now the chairman of Talaat Mostafa Group–be summoned to court as a witness to answer claims that he had traveled to London and Switzerland in an effort to freeze Tamim’s assets in a Switzerland bank.

He also said the court should confirm whether or not Tamim had applied for an entry visa to Spain a day before she was murdered, as was reported. “If she had given the Spanish embassy her passport to flee there a day before she was killed, then this manifests how terrorized she was and that she suspected that she was being hunted down.”

El-Zayat also asked the court to deal with the procedure as a “fresh trial” and accept requests from both sides. “This should be dealt with as a new trial, not a partial one, now that the appeal has been fully accepted. A partial trial could lead to the exoneration of these people,” he said, pointing to Mostafa and el-Sukari.

It was not clear what El-Zayat meant by a “partial trial” and attempts to contact him by phone for clarification following the trial were unsuccessful.

The court on Monday did not respond to any of these requests.

The session ended with the judges setting Wednesday, 28 April as the next date for a regular trial. They said that Tuesday would be devoted to checking material criminal evidence against the two defendants.

Following the session, journalists huddled around the defendant’s cage tried to extract comments from Mostafa and el-Sukari, but the former only told them that he had nothing to say.

After the session, el-Sukari’s father told Al-Masry Al-Youm that he was happy with how the trial went, saying that the judge was correctly following procedure. He said that the row between lawyers was a strictly legal issue that he could not comment on and which could only be resolved by the judge.

He also said that he spoke briefly with his son as the latter was held in the defendant’s cage. “He’s fine,” he said. “He was reading passages from the Quran.” 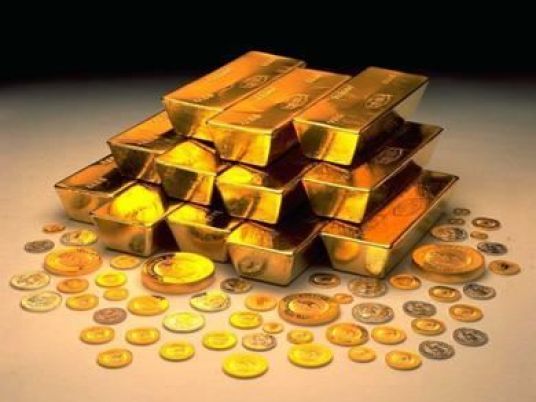 Egypt flies 206 kgs of gold to Canada for sale