Rabat–Rescuers on Saturday dug out the last corpse of more than 40 worshippers crushed to death when a 400-year-old Moroccan mosque minaret collapsed, officials said.

"The authorities wrapped up the rescue operation and they had cleared the rubble. The last body was pulled out early on Saturday," parliamentarian Abdallah Bouanou told Reuters from the scene.

The Lalla Khenata mosque minaret in the old Bab el Bardiyine neighbourhood of Meknes, about 140 km southwest of Rabat, collapsed during Friday’s mass prayers, burying most of the 300 worshippers gathered there.

Angry residents accused authorities of ignoring earlier warnings about the dilapidated state of the mosque and also complained about the slowness of the rescue operation. Soldiers were eventually sent to help.

"A young man could be heard asking for help last night but he had been pulled out of the rubble dead this morning," Bouanou said.

Civil defense commander Alaoui Ismaili said the operation was slow because of the narrow streets in the old city’s medina district, which prevented heavy equipment from being brought in.

Residents began to bury the dead on Saturday.

"We told them many times before that there were widening cracks on the walls and that its minaret had begun tipping over but they ignored the warning," said one man, who gave his name only as Mohamed.

Mohamed and other residents said they believed the accident could have been averted if the warnings had been heeded.

"We believe in God and what the fate bring for us but this time lives could had been spared if the authorities did not show they do not care about what people say," said resident Zouhaier, who did not want to give his full name.

Neglected old buildings in the old quarters of Morocco’s cities collapse fairly often but the fall of a minaret is rare.

"The residents’ anger is justified because there were reports by government experts backing the necessity of shutting the mosque down," parliamentarian Bouanou said.

State media blamed heavy rains for the collapse. But a senior official at the state weather service dismissed that theory.

"The weather was not especially bad in Meknes. It would be fair to look for another factor than the weather," he said.

Turkey hikes minimum wage by 50% in face of lira crisis 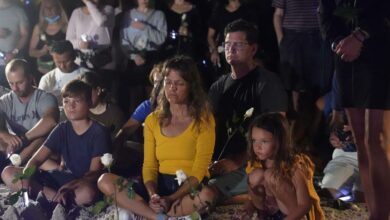