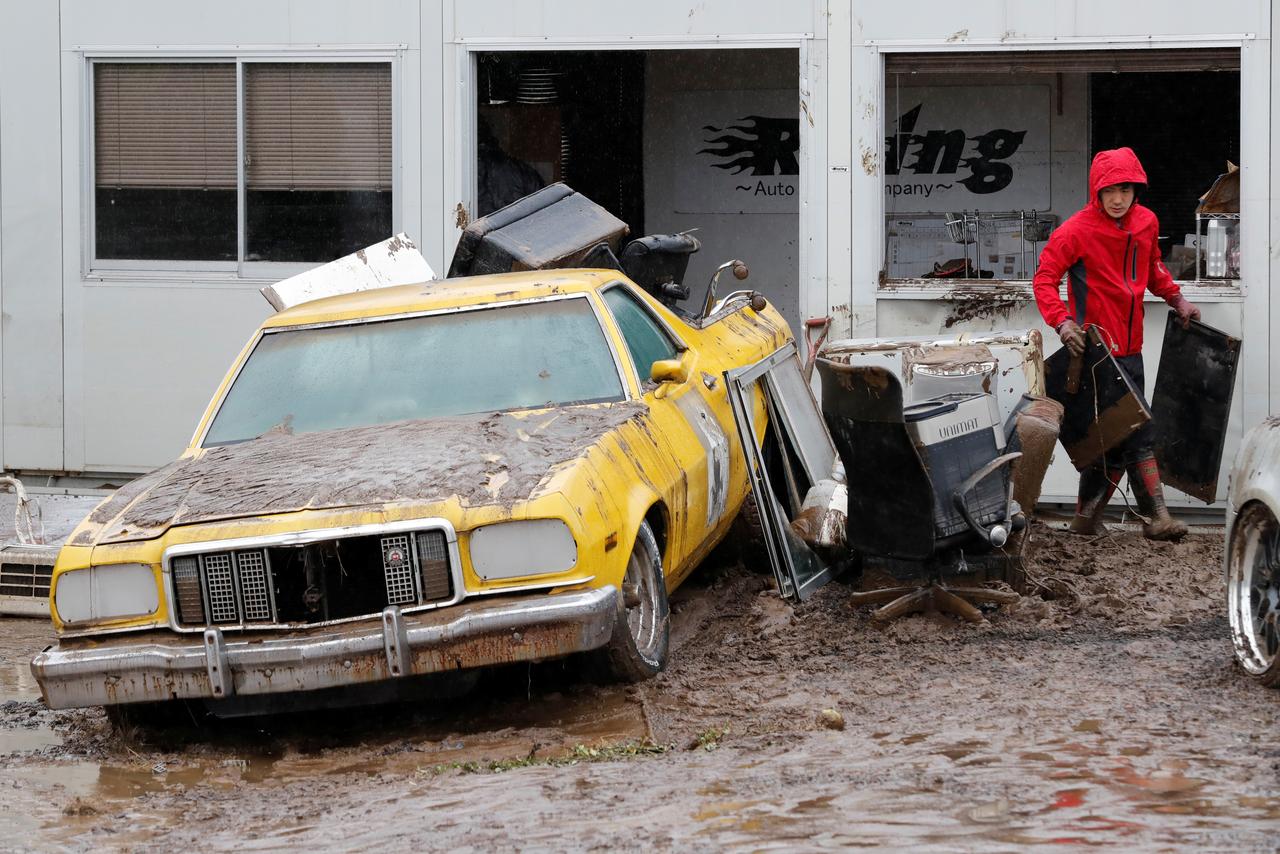 NAGANO, Japan (Reuters) – Rescue workers waded through muddy, waist-high waters on Monday searching for missing people after one of the worst typhoons to hit Japan in recent history, as officials warned of more rain later in the day.

Prime Minister Shinzo Abe said vast areas had been struck by the storm and called for urgent support to the affected.

At least 40 people were killed in the typhoon that left large sections of towns in central and eastern Japan under water, with another 16 missing and 189 injured, public broadcaster NHK said.
Related Coverage

Tens of thousands of rescue workers and a fleet of helicopters have fanned out in the affected areas, officials said.

“There still are many residents who have yet to be accounted for. Our people in uniform are working day and night in search and rescue operations,” Abe told an emergency meeting of ministers.

“Damage has been made in an extremely wide range of areas, and more than 30,000 people are still being forced to remain in the state of evacuation. It is our urgent task to offer meticulous support to those who have been affected.”

Typhoon Hagibis, which means “speed” in the Philippine language Tagalog, made landfall on Japan’s main island of Honshu on Saturday and headed out to sea early on Sunday.

Groups of rescuers wearing goggles and snorkels searched for survivors while making their way in waist-high water in Nagano, central Japan, where the Chikuma River inundated swaths of land.

A middle-aged man in Nagano, asked about the situation around his house, told NHK: “It’s just like a lake.”

Yoshinobu Tsuchiya, 69, returned on Monday morning to his home in Nagano City, near where the Chikuma Rover had breached its banks, to find that his first floor had been flooded and that the garden he tended had turned to brown mud.

“So this is what it’s come to,” Tsuchiya sighed to the Nikkei newspaper. “I can’t even imagine when we’ll finish cleaning up. I’m sick of this flood.”

A neighbor in his 60s told the newspaper, “This is just like a tsunami. This is hopeless.”

Later in the day, strong rain is forecast in some parts of central and eastern Japan, where soil is already loosened by record-breaking rain from the typhoon, prompting Suga to urge residents to be on guard.
Slideshow (20 Images)

“Rain is expected in affected areas today. Because of the rain we have seen so far, levels of water are high in some rivers and soil is loose in some areas,” Suga said.

“Please remain on your guard for landslides and river overflows.”

More than 92,000 households were still without power early on Monday, a national holiday, the Ministry of Economy, Trade and Industry said. That was down from 262,000 households as of midday on Sunday.

Image: A man cleans up a shop in the aftermath of Typhoon Hagibis, which caused severe floods, near the Chikuma River in Nagano Prefecture, Japan, October 14, 2019. REUTERS/Kim Kyung-Hoon

One dead as Typhoon Hagibis prompts emergency warning in Japan