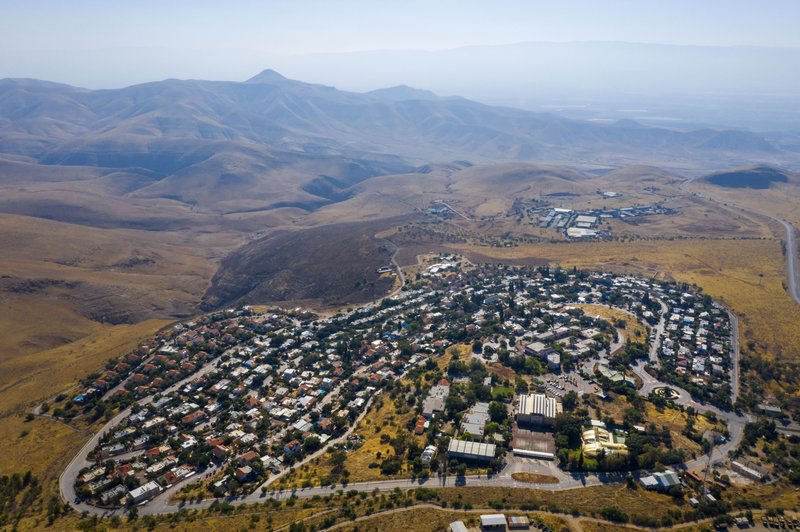 JERUSALEM (AP) — Israel’s West Bank settler population has grown at a far higher rate than the country as a whole over the last four years, a pro-settler group said Wednesday, a period that coincides with the Trump administration’s unprecedented acceptance of settlement activity.

The report by West Bank Jewish Population Stats shows the settler population growing by around 13 percent since the start of 2017 to reach 475,481. During the same period, Israel’s population grew by around eight percent to reach nearly 9.3 million, according to the government.

The group’s report, which is based on official government data, does not include annexed east Jerusalem, home to more than 200,000 settlers.

“I don’t think any American president can influence that much, because growth on the ground is (dependent on) internal Israeli government decisions on how much construction to do and not to do,” he said.

Many settlers are religious Jews who tend to have larger families, driving population growth, and many Israelis are drawn to the settlements because they offer more affordable housing.

Gordon expects growth to continue even if President Joe Biden pressures Israel to rein it in. “The facts on the ground are stronger than any American foreign policy,” he said.

Israel captured the West Bank and east Jerusalem in the 1967 war, and the Palestinians want both as part of their future state. The Palestinians and much of the international community view the settlements as illegal and as an obstacle to creating a viable, contiguous Palestinian state.

The settlers and their supporters view the West Bank as the biblical and historical heartland of the Jewish people and are opposed to any partition.

Former President Donald Trump’s administration abandoned decades of US policy by accepting the settlements and released a Mideast plan in which Israel would have been able to keep all of them, including smaller settlements deep inside the occupied territory. Last year, Mike Pompeo became the first US secretary of state to visit a settlement.

The Palestinians angrily rejected the plan, and Biden is likely to abandon it. He is opposed to settlement expansion and has said he hopes to revive peace negotiations.

By not objecting to new settlement construction — as his predecessors from both parties had done — Trump encouraged their growth, further complicating efforts to bring about a two-state solution, which is still widely seen internationally as the only way to resolve the decades-old conflict.

Israel is also pressing ahead with massive infrastructure projects that will more closely link the settlements to its major cities and set the stage for future growth.

Nabil Abu Rdeneh, a spokesman for Palestinian President Mahmoud Abbas, blamed the growth of settlements on “the previous US administration and the current Israeli government,” reiterating that they are “illegal according to international law.”

One of Israel’s major human rights groups, B’Tselem, released a report earlier this month arguing that Israel has become an “apartheid” regime, in part because of the permanence of the settlements. While the settlers are Israeli citizens, the 2.5 million Palestinians in the West Bank live under different forms of Israeli military rule.

Israel rejects the apartheid label, noting that its own Arab population has citizenship, including the right to vote, and are being vaccinated. It is also administering vaccines to Palestinians in east Jerusalem, most of whom have permanent residency but not citizenship.

FILE – This June 30, 2020 file photo, shows the West Bank Jewish settlement of Ma’ale Efrayim in the Jordan Valley. West Bank Jewish Population Stats, a pro-settler group says Israel’s West Bank settler population has grown at a far higher rate than the country as a whole over the last four years, a period coincides with the Trump administration’s unprecedented acceptance of settlement activity. The Palestinians and much of the international community view the settlements as illegal and an obstacle to peace. (AP Photo/Oded Balilty, File)

US announces restoration of relations with Palestinians

Land of wine and honey? Israeli settlers export to UAE, to Palestinian chagrin