It’s not shaaby, and it’s not moulid music. It’s a mahragan, or a “festival,” and Sadat should know, considering he’s the one who coined the term, proudly so.

“We were the first ones to ever perform this type of music, I don’t care else what you might’ve heard,” he shouts over the phone. “The proof is online, sir. Check the post dates and then we’ll see who’s lying. Ask the people on the street, they know the truth.”

Twenty-six-year-old Al-Sadat Mohamed Ahmed — or, as he prefers to be known, Sadat — is as excitable as he is versatile. Having started off as a dancer, he moved on to entrepreneurship with his own “DJ agency” before settling into his most recent incarnation: a lo-fi rapping sensation who, by his own admission, is listened to by “half the population” and performs in “sold out venues abroad.”

While his various YouTube videos haven’t broken any records, they have amassed some impressive numbers, some being viewed more than 3 million times. Sadat, who sees himself as one of the creators — along with his friends, neighbors and frequent collaborators, DJ Figo and Alaa Fifty — of a new genre, is confident the reason behind his popularity is obvious, even if his music isn’t.

Egypt Independent: You say there’s some confusion about the type of music you perform …

Sadat: I don’t know why people call it shaaby music. It’s not. Shaaby music is Tarek al-Sheikh. It’s a totally different sound. And moulid music is even more different but people put us in that category too, even though the styles aren’t similar and moulid songs are usually performed for a specific purpose.

I don’t know what’s wrong with people. We have our own name to make it clear we perform something else entirely.

We’d make our songs and exchange them over mobile phones. And the songs weren’t good — it wasn’t about the music as much as it was about the jokes in our lyrics, the one-liners and shout-outs, which would get more people interested in listening to the songs.

But there was this realization of “hey, we can make music,” and we got better at that part and the songs started to be shared on a wider level.

EI: So how’s the music different? What sets a mahragan apart from a moulid or a shaaby song?

Sadat: A mahragan is all about power. It’s the full force. And music is power.

That would be pointless — the audience already has tapes they can listen to at home or in their cars. Other people lip-sync. You might know who they are but I won’t name names.

EI: A lot of artists lip-sync, for better or worse. Do you think the extra effort, on your part, is appreciated by audiences?

Sadat: It’s appreciated by me. If I wasn’t capable of performing live — actually performing — I would have been screwed when I went to France.

I was in France recently for a performance and I only found out when I got there everything was going to be live. You don’t want me to perform live? Tell me what I would have done then.

EI: I’m not against you performing live.

Sadat: I always perform live. I like to prove myself as an artist.

EI: How did you end up with “mahragan”?

Sadat: We wanted a name that was as big as the music and something that also sounded classy. And what’s bigger or fancier than a mahragan?

Ask anyone to describe a mahragan for you and they won’t be able to — it’s too big. All they can say about a mahragan is that it’s huge and loud, and full of power.

EI: What about content? What characterizes mahragan music, other than big sounds and power?

Sadat: It depends on who’s making it. Some people are only making mahragan music because it’s a trend. You might know them, but I won’t name anyone.

But other people take it seriously. We use it as a platform to talk about things that everyone thinks about, but nobody says — social issues.

EI: Why is it possible for mahragan musicians to say things nobody else can?

Sadat: It’s more about how we say things. There’s a level of honesty you don’t find in other genres.

That’s from my song “Al-Shaab wal Hokuma” (The People and the Government). You won’t hear lyrics like that in other types of music.

Or when I rap about things like … [he offers another two verses detailing how a “strange” girl on the street called her uncle and grandfather for protection after Sadat, or the song’s first-person narrator, rubbed himself up against her]. People didn’t like that one.

Sadat: They were mad at the word I used for “rubbed up against her,” because that’s what they thought I meant.

EI: You also have this other song I wanted to ask you about. The title roughly translates to “I’ll Catcall, But I Won’t Grope.”

Sadat: I have to be honest — my friend wrote the lyrics, I only collaborated on that. But I do write most of my songs. That song in particular came out of me wanting to do something to address this issue.

Musicians always talk about problems, so let’s offer solutions for once. And sexual harassment is a problem.

Years ago, you’d have to have a ride if you wanted to grope, so you could quickly escape. Now, people grope as they’re walking down the street.

So I talked about it in that context. I even say in the song that catcalls are unnecessary and not the sort of behavior I engage in.

Some people say it’s still a form of sexual harassment — catcalls. I don’t know. I’m just saying in this song, if you absolutely have to, keep it to catcalling.

But some people still aren’t happy. They call us ignorant and our songs worthless, which isn’t true.

EI: Generally speaking, shaaby music — which your music has strong roots in — has always been received this way, which usually ends up adding to its popularity.

Sadat: Yes, but there’s no need to bash us.

If I don’t like Om Kalthoum, does that make her worthless? No. Does it make me an asshole? Says who?

And when someone like [musician] Helmy Bakr calls us “ignorant” on a TV show, what is that? Let me tell you about Helmy Bakr … People attack us for our tastes, when maybe we should be attacking them for theirs.

Look at the crap on Starmaker and Arab Idol and those shows. Those people are singing nonsense.

EI: Do you feel there are people in the mahragan scene who do warrant that type of criticism?

Sadat: Absolutely — in every scene, but ours especially, because it’s new and popular. You have people who steal songs all the time, slightly changing the lyrics around.

So we responded by making a song about her stealing our song. This is how it works. There’s rivalry. The rivalry between Figo and I against Oka and Ortega shook the country.

You didn’t hear about it? After our last track, they couldn’t show their faces for months.

EI: As someone who’s faced criticism for their lyrics, where do you feel Egypt currently stands with the concept of freedom of expression. What responsibility do you feel you have in that respect, as an artist?

Sadat: The people are what need to change. You can’t learn the law unless it’s been enforced, and people need to learn it.

Anywhere else in the world, laws are followed because the people understand why they have been placed, and how to follow them. But freedom of expression suffers from the same problem that affects everything else in Egypt: negativity.

Look at someone like Bassem Youssef. Personally, I don’t like him, but the point is: Why doesn’t he use his resources to help instead of mock and make fun?

Have a fun show one week, and then another serious one the following week, where you expose scandals. Stop complaining and do something positive.

EI: Are you feeling positive?

Sadat: I try to spread a positive message, through solutions, like I said. But as long as [President Mohamed] Morsy’s squatting in the president’s chair, I’m not optimistic at all, no.

It’s all going to go up in flames. Both sides are riling each other up and if it hits the fan, you can be sure the outside world won’t intervene in a way that’ll benefit us. It’s going to go like Syria. We’ll all turn to dust.

Sadat, along with Lebanese hip-hop artists El Rass and Munma will perform as part of the Downtown Contemporary Arts Festival on 18 April at 10 pm at Shahrazad Night Club in downtown Cairo. 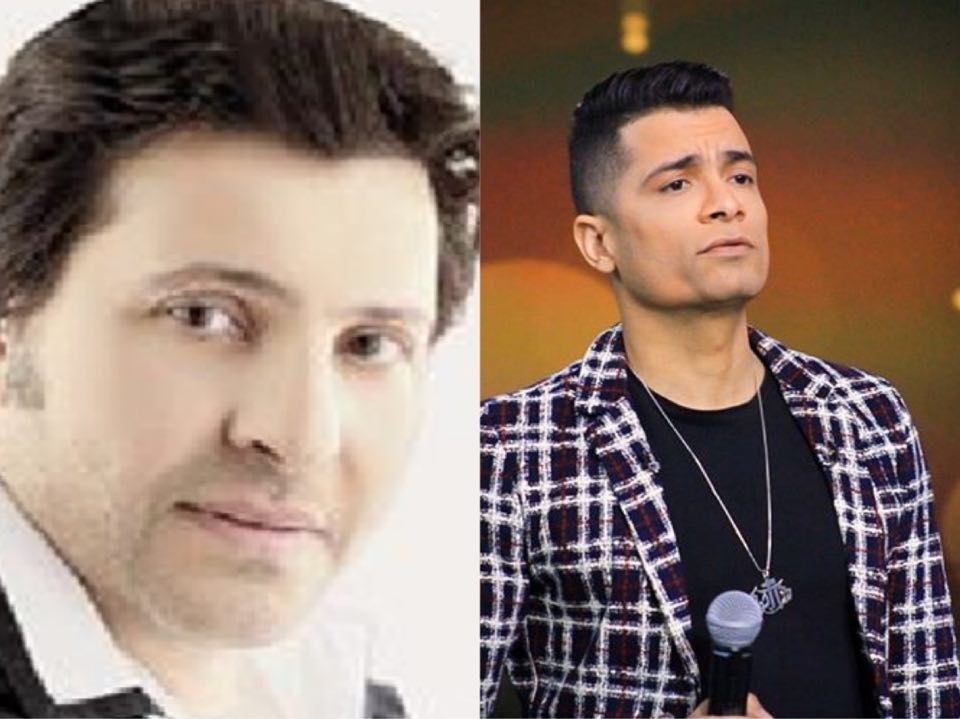 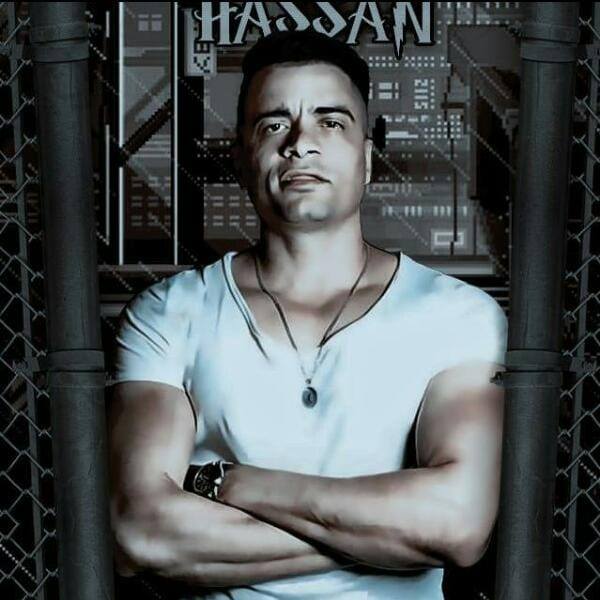