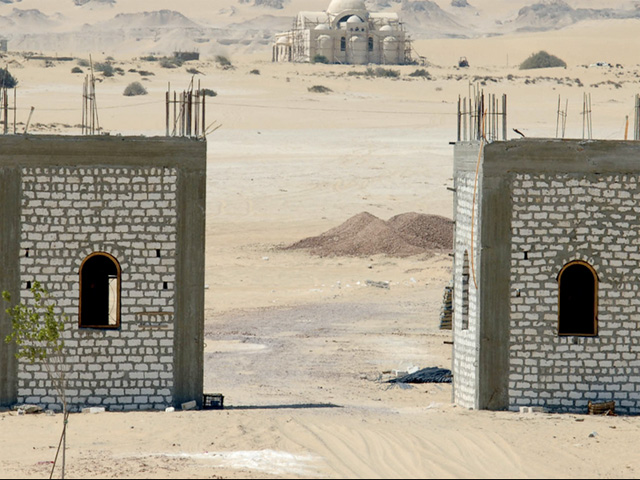 Priests at an ancient monastery west of Cairo have challenged army-guarded bulldozers on their way to level the 4th-century structure for the construction of a new road, news reports have said.
Al-Bawaba news portal said Tuesday more than 50 priests at Anba Macarius monastery stretched on the ground in front of bulldozers ran by construction giant, Arab Contractors, which were preparing to bring down the monastery for a new road linking Cairo-Fayoum road with the Oasis Road.
On its website, independent daily newspaper Al-Fajr quoted one unnamed priest as saying that the monastery is home to several ancient structures and antiquities that are recognized by the Antiquities Ministry, as he put it.
He added that they were surprised with bulldozers arriving to the area Tuesday morning though the Governor of Fayoum, Wael Nabeeh, had recently promised to call off works for the new road for an extra week until a solution for the dispute is achieved.
Independent website Al-Badeel had, however, pointed to the illegal construction of a 15-km wall by the monastery priests that allegedly infringed upon the surrounding areas and natural reserves, which provoked disputes with neighboring nomadic tribes.
It pointed that conventional sessions sponsored by the Environment Ministry had reached agreement with the monastery to open parts of the wall to facilitate the movement of nomads in the area.