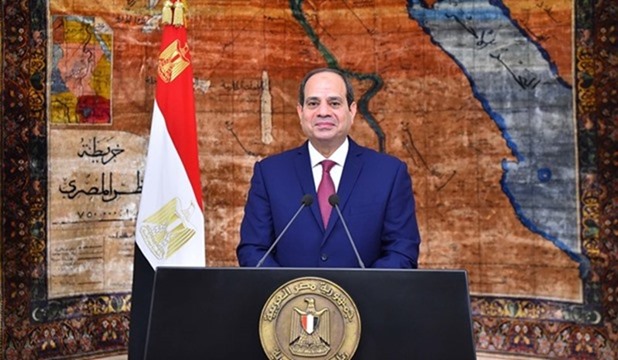 President Abdel Fattah al-Sisi addressed the country in a speech on Sunday, saying that with hard work, awareness, and stability, Egypt is capable of overcoming its problems and avoiding “new types of war.”

Speaking at Egypt’s 32nd educational symposium of the Armed Forces, Sisi added, “Regardless of the challenges that exist, we can overcome these challenges by being aware of them.”

The president’s speech underlined the importance of paying attention to external forces conspiring to harm the Egyptian people, stating that Egypt would never reconcile with those who wish to harm it.

He warned against obeying any destructive calls that seek to undermine public confidence in the country’s leadership, stating that no one can defeat the Egyptians as long as awareness is present among them.

Sisi said that the Egypt must remain stable and strong, and state institutions must be preserved.

The president stressed his commitment to maintaining transparency when it comes to the problems facing Egypt, calling on other state officials to follow suit.

Sisi also said that Egypt will continue to work without rest to make progress in all fields, noting that that the country has made 20 years’ worth of progress in the last six years alone.

Egypt has completed thousands of developmental projects since President Sisi assumed leadership in 2014, and for his efforts he was awarded the Arab League’s Arab Development Action Shield on October 7.

'Sisi, save our sons': Villagers plead for return of Egyptians held hostage in Libya