On a particularly memorable trip to Hawaii’s capital, Honolulu, a few friends and I decided it would be a good idea to spend an afternoon at the zoo. Connecting with our inner children, we picked our towels up off Waikiki beach and headed out to visit the animals and snack on zoo food… maybe even buy a balloon.

While we may not have gotten the tour Barack Obama got last January, our trip was a lot of fun. We fell in love with the orangutans and bought little stuffed animal orangutans to take home with us. We took pictures of the brilliantly pink flamingos (the flamingos in Cairo are very white) – and talked endlessly about the cleanliness of the zoo and the beauty of the animals’ habitats.

All was fun and fancy free until we reached the cage of the sun bear. A small plaque with sun bear information stood to the left of the cage. I had never heard of the sun bear but apparently it is a very interesting bear! It is the smallest of the bear family (not sure where that puts the koala, but I’ve always doubted the koala’s origins as a bear) and has curved paws for climbing. The sun bear is also known as the "dog-faced bear" because it is black and has a long brown snout. The sun bear does something very interesting for the world in it’s native parts of south east Asia… the sun bear plants trees!

Shockingly enough, the sun bear eats fruits and spits the seeds out as it walks by, and the seeds, after being munched and slobbered on, bear-style, and then stomped on by bear paws, start to grow and recreate forests where we humans have so selfishly destroyed them.

The zoo’s sun bear, Blackie, came to say hello and looked up at us with slightly sorrowful and glazed-over eyes. I went back to my reading to find that in captivity, the sun bear uses it’s curvy paws to pull rocks out of the habitat walls (hmm…) and that, unfortunately, Blackie is blind due to an eye condition that sun bears get in captivity! 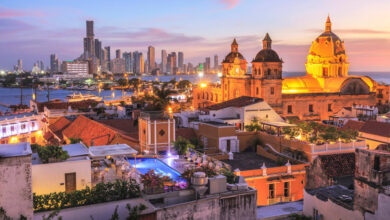