Due to my abysmal math skills and debilitating candy addiction, I found myself broke and facing the prospect of homelessness on the streets of Amsterdam. It was an inevitable setback, and I had wisely prepared for it by using the last of my cash to check my luggage at a nearby hostel, but not before removing most of its contents. It would take three days for the bank to reactivate my account, so I braced myself for vagrancy by bundling up in three pairs of pants, almost twice as much underwear, two pairs of socks, three sweaters and two jackets. Winter may have been coming to an end, but for a non-European, it was still brutally cold.

Although I don’t look forward to applying the knowledge anytime soon, it was an undeniably educational experience. If you’re ever homeless in Amsterdam, this may be useful advice:

-Use daylight hours to make a list of coffee shops with bulky outdoor benches–the type too big to be dragged inside every night. This is where you will be sleeping.
-Scan the streets. You’ll be surprised at the amount of dropped change you’ll find stuck between the cobblestones.
-McDonald’s cheeseburgers are an excellent and cheap source of nutrition and–if placed in the right pockets–warmth.

I made my bed outside of The Doors coffee shop, under a washed-out Jim Morrison poster, and across the street from the Pussy Boat, which, surprisingly, turned out to be a floating shelter for cats (this is Amsterdam, after all).

It rained the first night and for a while I couldn’t get any sleep. What I had hoped would be an interesting adventure had so far turned out to be a pretty miserable experience. I was cold and lonely, and probably would have entirely succumbed to depression if it hadn’t been for the unexpected company that I was fortunate to have thrust upon me.

Early on my first morning as a temporary bum, I was approached by an elderly and bespectacled bag lady, who, shuffling down the street, stopped in front of me to whisper in Dutch, “my mother is my mother and my father is my father.” I told her that that made sense, and she was lucky it wasn’t the other way around, and she smiled widely, patted me on the shoulder, and continued on her way. Twenty hours later, she was sitting at the foot of my bench-bed, and I woke up at 3AM to find her in mid-conversation with herself.

It took me a moment to recognize the woman, and slightly worried, I asked her what she was doing on my bench. Without hesitation, she explained that she had been following me around since our brief exchange the previous day. “When you spoke to me,” she whispered, “your voice was like angels falling from the sky.” I took that as a compliment.

Her name was Maria Jose Romanoff, and she introduced herself as the rightful heir to the Russian throne–a position she was ousted from by jealous step-siblings, who were also Nazis. She asked if I wanted to hear the story of her life, and when I said yes, she eagerly emptied the contents of one of many plastic bags onto the table, and began to arrange them into an elaborate visual presentation–a slideshow of newspaper clippings, photographs, postcards, and paper dolls. The images followed a specific order, beginning with a postcard depicting two women gossiping, alongside the text: ‘Vertel me alles’–the title of her autobiographical recital.

By her own account, Maria has had a tough and complicated life, the tragedies of which extended far beyond the cruel denial of her royal status. Her evil twin–an invisible hermaphrodite–has been haunting her since birth. The computer chip in her head was stolen by Bill Gates, who also stole her sister’s ovaries. Without her chip, she can no longer understand her brain, which communicates in a highly-advanced language called “Einstein.” Her last two husbands both shot themselves in the face–the latter pulled the trigger while watching the televised fall of the Berlin Wall. Her 32-year-old son Eppi–she pointed to a photograph of a bushy-haired man captured mid-cartwheel on a beach somewhere–continues to fail to realize that he is the ‘lost prophet’ and the intended savior of mankind, and the two are no longer speaking. And, of course, the government is after her. “The agents are at my house now,” she wheezed. “This is why I am always on the street.”

Maria was probably insane, but she was still coherent enough to extend a warmth and friendliness I had been sorely missing. She gave me lots of advice–most of it useless–but I guess it’s the thought that counts. And she generously–considering what it meant to her–gave me the title postcard from her autobiographical slideshow, and signed it on the back, “make love, no war 15-3-51.” She also insisted I take a picture of our cartwheeling savior, Eppi, but I would have felt weird accepting it, so I settled for a photo of a residential building in Spain instead. I am not sure how it fits into her convoluted life. As entertaining as she was, her stories were a little hard to follow, but it didn’t matter at the time–I was just glad to have someone to talk to. Maria was a welcome distraction from the cold and loneliness, and I probably owe her more than I realize. I really hope she gets her sister’s ovaries back. 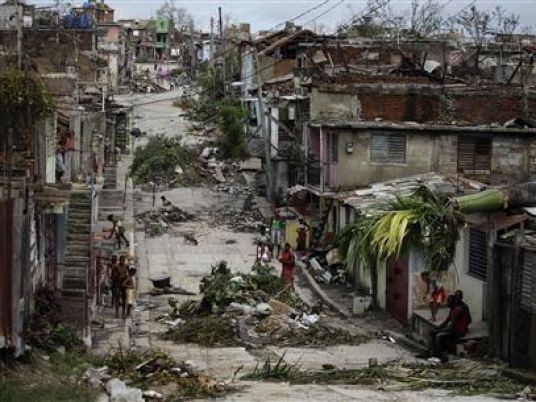 Disaster debris can become building blocks for a new life 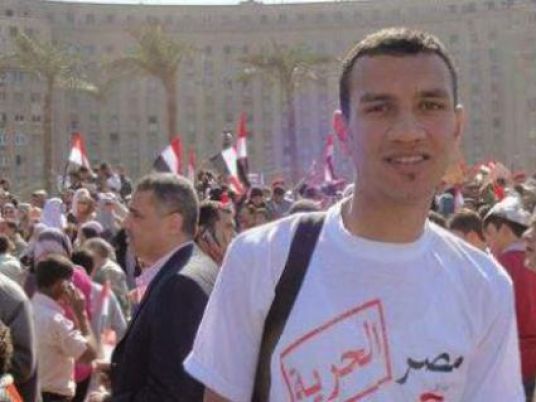 Hend Sabry attends screenings of her movies in Amsterdam 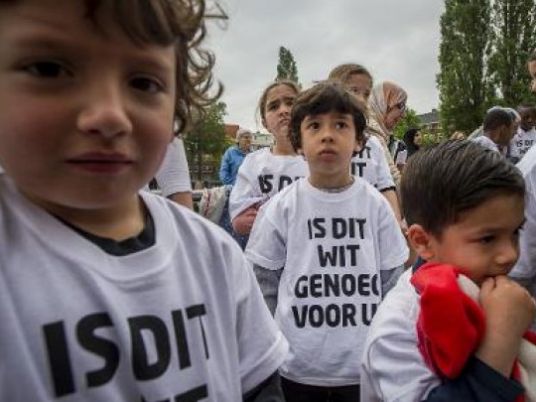