Under the glaring midday sun early last week, Shadia Abdel Aziz, a 52-year-old worker at the Central Auditing Organization (CAO) stood opposite her employer’s drab concrete premises in the middle of a traffic-clogged road. Along with four of her colleagues, she faced the CAO’s building and drivers passing by carrying a banner that read: “Sit-in of the central auditors until legal, financial and administrative independence is achieved.”

“I want my rights,” she said defiantly. “I want my taxes, which reach at least LE500 a month, to be lowered and for my salary to be improved.”

But the demands of CAO’s employees, who monitor Egypt’s public finances, are not just economic. Protesters are also making political demands in calling for structural and legal reforms to make the CAO independent from political interference and for its purpose to be more clearly stated in the new constitution, while also demanding tax reform, higher salaries and better employment opportunities.

“How can I be responsible for monitoring public funds and giving the government back millions in wasted spending when I only earn LE3,000 a month, which is much less than other government employees?” asked Ibrahim Abu Gabal, a leader of the reform movement within CAO.

“We want our rights as workers, and for the last year we have been calling for the organization to be more effective in monitoring and protecting public finances,” said Ibrahim Mahmoud Yousry, one of CAO’s protesting employees. “The law needs to change to ensure its independence and we are standing here to say that we don’t want it to be attached to any arm of government.”

He said his piece and then walked away, negotiating his way through traffic to join scores of his colleagues, who spent the day protesting outside the organization’s office building. “One, two, where is the organization’s independence?” they chanted.

The sit-in and ongoing protests, which had taken a three-day break, resumed last week after the military did not respond to the workers’ demands.

The CAO is among the few government agencies that have faced open protest from their employees since Egypt’s revolution began on 25 January last year. This is the first time there has been an organized dissent movement within the CAO, according to Abu Gabal. Prior to this, cases of corruption were fought on an individual basis.

Abu Gabal has been working for the CAO for the last 20 years. He set up the Monitors Against Corruption group at the start of the 18-day uprising last year. The group’s first press release called for the downfall of then-President Hosni Mubarak. It then set up a Facebook page to raise awareness of its campaign and garner supporters. Before Mubarak stepped down, it was also calling for the sacking of then-CAO head Gawdat al-Malt, who they accused of belonging to the Mubarak regime. He stepped down last October.

Monitors Against Corruption, along with two other groups, has submitted a draft law to Parliament with the aim of making the CAO independent and more effective in overseeing public finances.

The draft law calls for the CAO to no longer be attached to the president, as is now the case, or Parliament, and instead be a body with oversight over both of these state organs.

“Under Mubarak, the president was responsible for appointing the head of the organization and Parliament had a budget committee that was headed by Ahmed Ezz,” Abu Gabal said. Today Ezz, a powerful businessman and Mubarak regime stalwart, is in jail on corruption charges.

“Our law states that the head will be appointed by the organization’s internal public association body and higher council. The president will then be responsible for signing off on this appointment rather than choosing it — the choice will come from within,” he added.

Law 144/1988 was initially meant to govern the CAO head-appointing process by stipulating that he or she would be chosen by a two-thirds majority in Parliament and the approval of the president.

But the domination of Mubarak’s National Democratic Party over Parliament ensured the choice was always rubber-stamped. A decade later, in 1998, the law was amended to become Law 157 and the clause requiring parliamentary approval was removed.

Abu Gabal’s proposal envisages that the CAO will be responsible for monitoring all public expenses, including that of the president and Parliament.

“In the United States, you can see exactly how much a president’s trip abroad has cost, what the stated goals of the trip were and whether or not those goals were achieved. We don’t have anything like this in Egypt, but under the new law this is what we will have,” he said.

The proposed law also says that parliamentary committees and heads of local governorate councils have the right to request reports related to them.

Under Mubarak, only the head of Parliament had the right to the CAO’s annual reports, and it was his decision whether or not to distribute them. Most of the time, these reports were shelved.

At present, the CAO’s relationship with Parliament is limited to submitting its annual reports after its investigators are sent to various government departments to look through documents and accounts, and monitor expenditures. It does not receive auditing requests from parliamentary committees, Abu Gabal said.

The CAO would also have the right to sell its reports to the public, which has not been the case so far, except for those related to national security.

“Anything related to weapons, military bases, and in some instances information that might cause a crisis on the stock market,” he listed as examples of sensitive information. “For example, if the government decides to sell a public asset and if any information related to this would cause speculation on the market, then we would not release it.”

CAO is also entitled to monitor military expenditure, an issue that has been raised quite often recently in the light of the interim rule of the Supreme Council of the Armed Forces, but these reports are not made available for public scrutiny. Many complain that the business activities of the military are marred with corruption and hence should be scrutinized

On the whole, though, Abu Gabal stressed that publishing the CAO’s reports would be the rule, not the exception.

The Monitors Against Corruption draft law is in the process of being considered by Parliament’s Proposals and Complaints Committee. Upon approval, it would be sent to the Budget and Planning Committee for further consideration, before being brought up for discussion in the whole Parliament and voted on.

This proposal will be considered, alongside two others that have already passed the approval stage in the Proposals and Complaints Committee.

Presidential candidate Abul Ezz al-Hariry, of the Socialist Popular Alliance Party, has submitted a law similar to Abu Gabal’s, also calling for the CAO to be independent from any arm of government. Hariry’s draft law, of which Egypt Independent has a copy, states that the CAO would not be attached to the presidency or Parliament as this would compromise its independence.

This and Abu Gabal’s proposals take their recommendations from the International Organization of Supreme Audit Institutions, which works to improve government auditing worldwide.

But these proposals are being challenged by some who want the CAO to be affiliated with the Parliament.

Al-Shorouk newspaper reported that MP Basel Adel, of the liberal Free Egyptians Party, has submitted a draft law that has been accepted by the Proposals Committee. It calls for the head of the CAO to be appointed by Parliament. And, according to Abu Gabal, the Muslim Brotherhood’s Freedom and Justice Party has made a similar proposal.

The CAO has a long history of defying government authority, and also of being defied by the government.

In 1942, it was set up as a completely independent body when Egypt was still administered by the British and King Farouk was in power. It was modeled on British and French auditing organizations of the time, and came out of a desire to monitor how the budget was being spent, according to Abu Gabal.

Over the years, the CAO has challenged the government’s authority in a few well-known cases. In 1948, the CAO looked into allegations of the military purchasing faulty weapons and impelled it to provide documentation as evidence. A year later in 1949, after the king’s adviser made LE5,000 worth of hospital expense claims in Alexandria without providing any supporting documents, the CAO held an investigation. More recently, in 2007, the CAO raised alarm bells over Ahmed Ezz’s Dekheila Steel Company, of which an investigation by the public prosecution is ongoing. 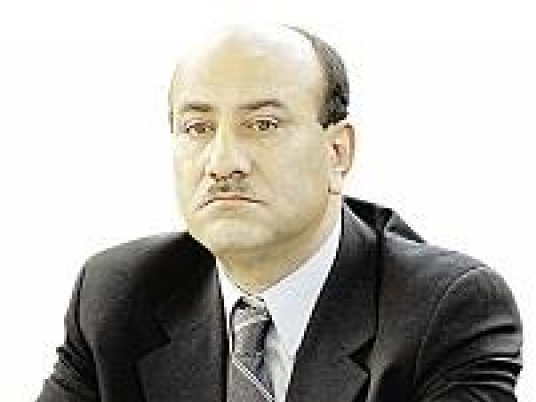 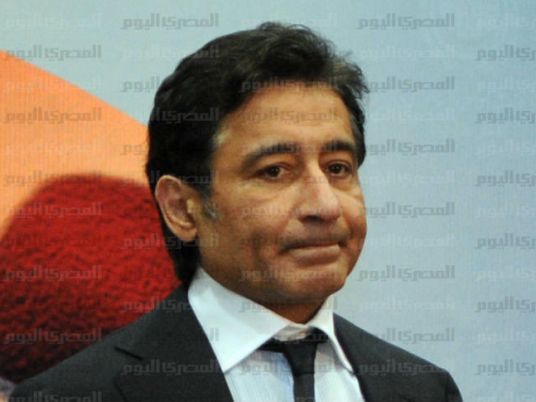