Facebook Twitter LinkedIn
If you're going to spend 10 months of the year on the road, you'd want a pretty sweet ride.
For truckers in India, that means a kaleidoscope of colors, slogans, and intricately painted symbols that are as much about bling — as shrewd business sense.
Here, a truck isn't just a way to get around. It's a moving work of art reflecting the character of its driver — and a brilliant beacon for new customers.
"A better looking truck attracts more business," says Shantanu Suman, graphic designer and filmmaker behind 2013 documentary "Horn Please," which explores India's spectacular truck art tradition.
"Imagine the truck is like a moving billboard. It travels from one side of the country to the other, carrying the message of the truck driver and owner."
Home on wheels
In a nation spanning almost 4 million square kilometers, truck drivers are the ones quite literally keeping the Indian economy moving — delivering goods to rural parts of the country inaccessible by railway.
It's a job which entails long months on the road, and these hefty vehicles transformed into mobile homes away from home, kitted out with bunk beds and photos of loved ones far away. 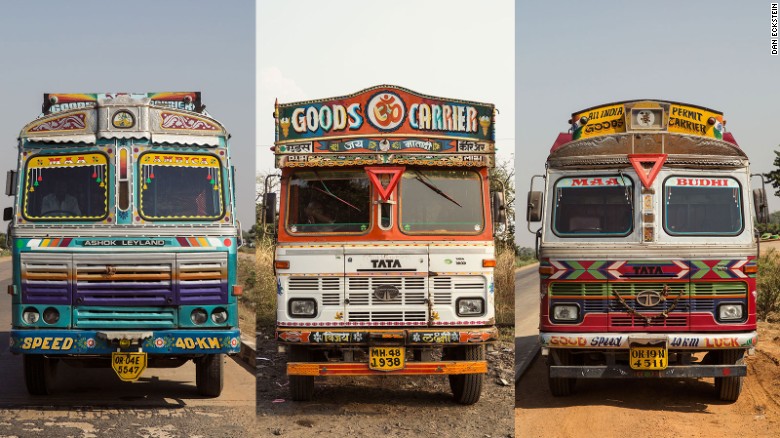 For trucks drivers in India, their vehicle is a home away from home.
"Since they're missing their kids and wives, they like to decorate their trucks with ornaments to remind them of home," explained Suman.
"They might adorn the cabin with bangles — things that remind them of their wives."
Spectacular symbolism
The symbolism continues on the richly painted exterior, with images of gods and goddesses, Bollywood stars, and political logos that say much about the person behind the wheel.
"Depending on which region they're from, you'll see Hindi, Muslim, Sikh, and Christian iconography," said photographer Dan Eckstein, who traveled over 10,000kms of the country for his book "Horn Please: The Decorated Trucks of India."
"There's also a lot of decoration that has to do with luck on the road and warning away bad omens. There's a little demon face they put on the front of the truck, or they might tie shoes to the bottom which is meant to keep away the evil eye."
Horn Please
Come face-to-face with the luminous rear end of one of these trucks, and you'll also likely see the words "Horn Please" emblazoned across the back.
It's a call for other drivers to honk their horns when overtaking the truck; a long-standing tradition on Indian roads.
But whether the tradition of truck art itself will continue, is less certain. 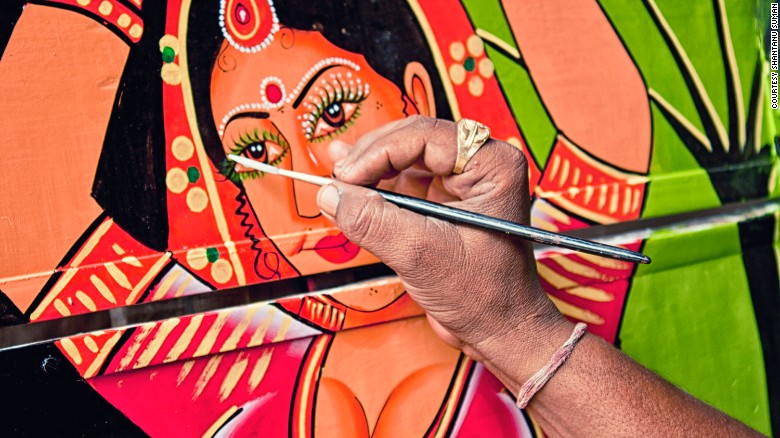 Truck artist Raja Gharu works his magic.
"Truck painting is now undergoing a transformation. A lot of things that were once hand painted are now being replaced by stickers," explained Suman.
"Some of these truck artists who have been carrying forward this profession for generations, now don't want their kids to do it because they realize the hardship. They say: 'I want my kids to go to collage and work in an air-conditioned office, rather than be here in the sun painting trucks all day.'"
That said, it's still a skill both artist and driver take huge pride in — and the journey isn't over yet. 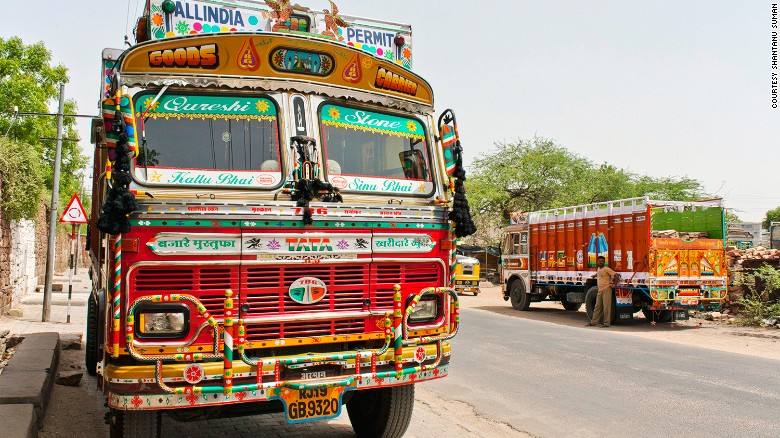 Trucks in India aren't simply a way to get around. They're a mobile work of art that says much about the person behind the wheel. 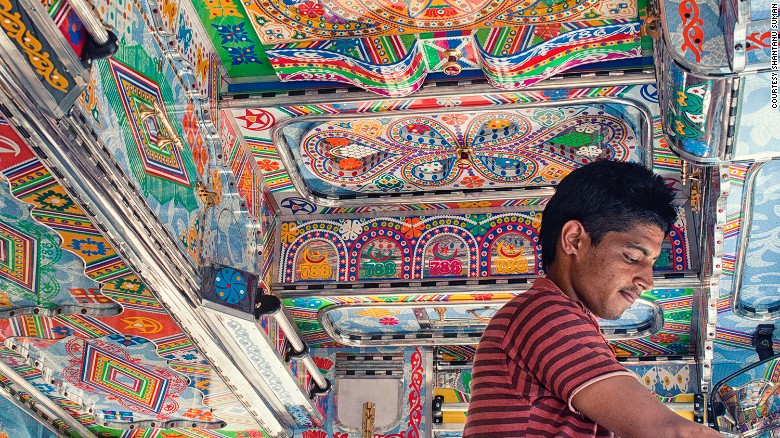 The beautifully intricate interior of a truck cabin. 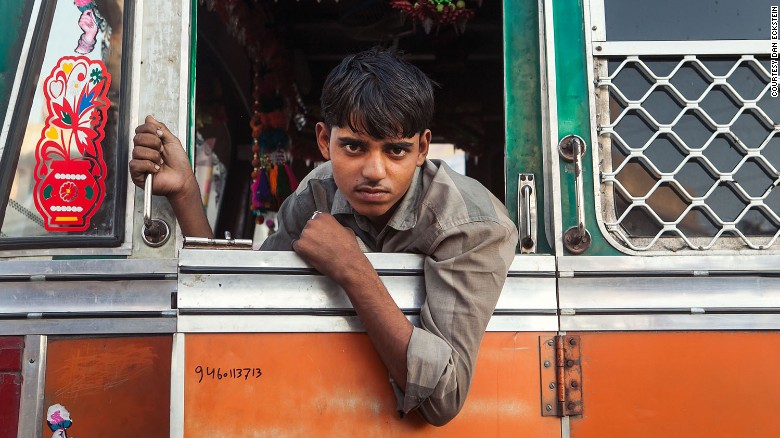 "I think there is a big pride connection — this is the truck driver's world, it's where they're spending all their time" said Eckstein, whose intimate and striking portraits of the drivers captured them in their pride-and-joy. 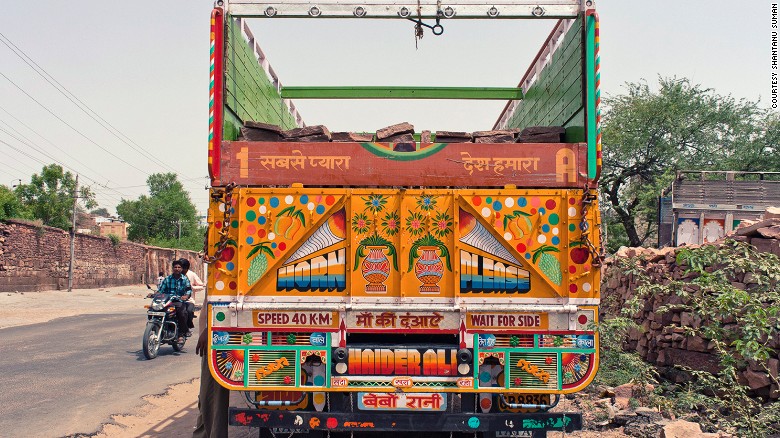 Many of the trucks have the words "Horn Please" emblazoned on the rear, a call for drivers to honk their horns when overtaking the truck. On the road in India it's very loose — people are weaving in and out, you have animal carts, pedestrians, cows wandering out," said Eckstein. And the horn is a really stabilizing factor in letting everyone know where everyone else is. 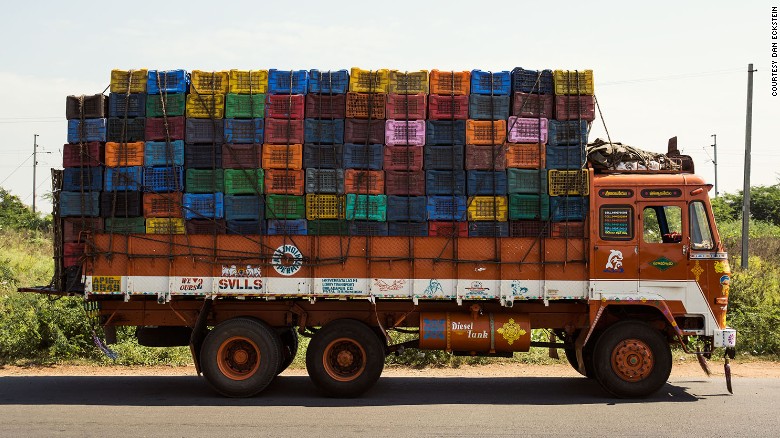 In a nation spanning almost 4 million square kilometers, truck drivers are the ones quite literally keeping the Indian economy moving, delivering goods to rural parts of the country inaccessible by railway. 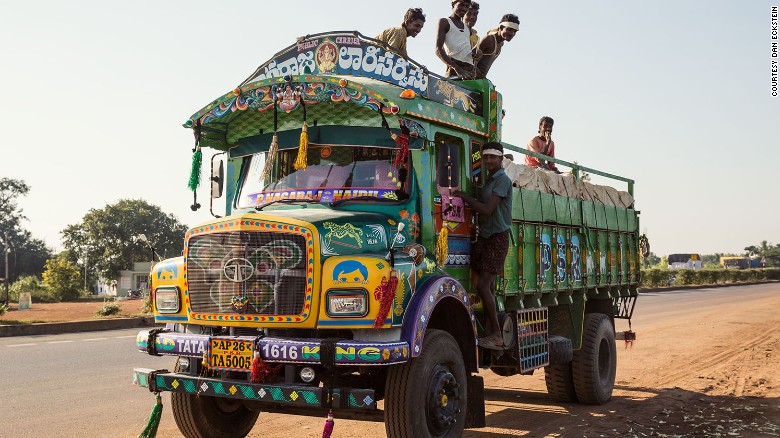 The drivers really do live in the truck. There's usually two or three drivers in each truck and there's usually bunk beds," said Eckstein. In the cabin it's really a home away from home, and they take a lot of pride in it. 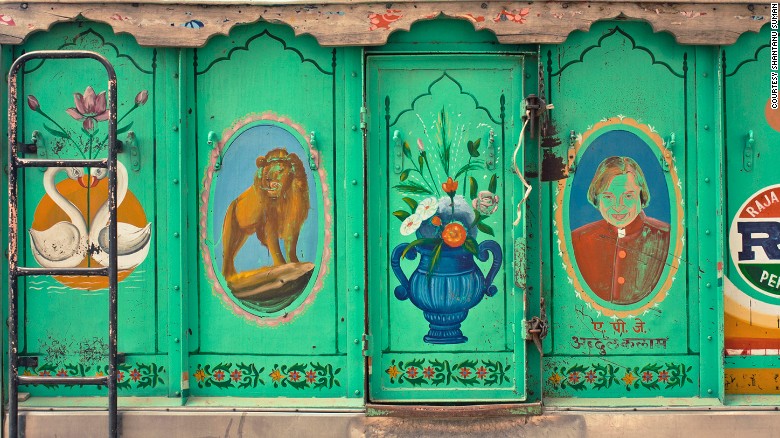 The painted paneling of a truck in Jodhpur. 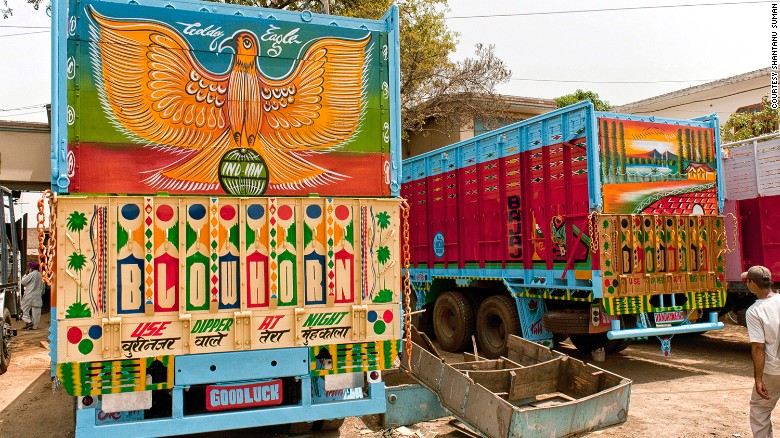 Each truck is an evolving work of art," added Eckstein.There's the initial build and painting of the truck, but as they go along they add different stickers or commission different paintings, or they make decorations, or add garlands. 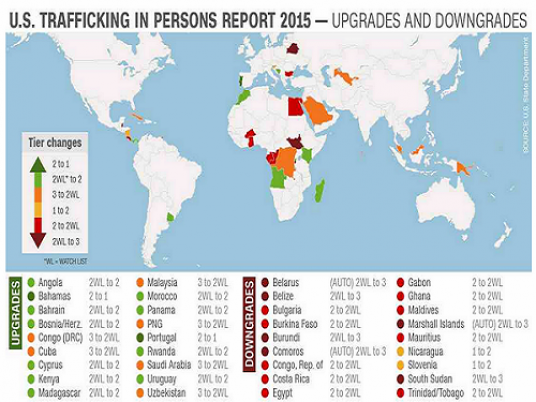 CNN video: Jailed trafficker meets victim who put him away 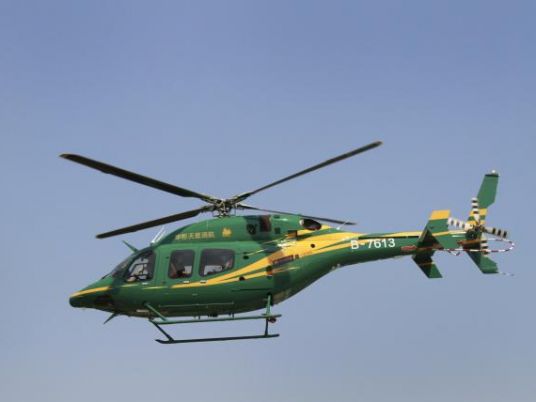 Need a ride in busy Beijing? Dial-a-chopper takes off