On an area of ​​30 meters and a height of 15 meters, the history of the Romans is displayed at the Pergamon Museum in Berlin, Germany.

They are displayed in a panoramic way for the audience and visitors to experience and synchronize Roman life in all its details. 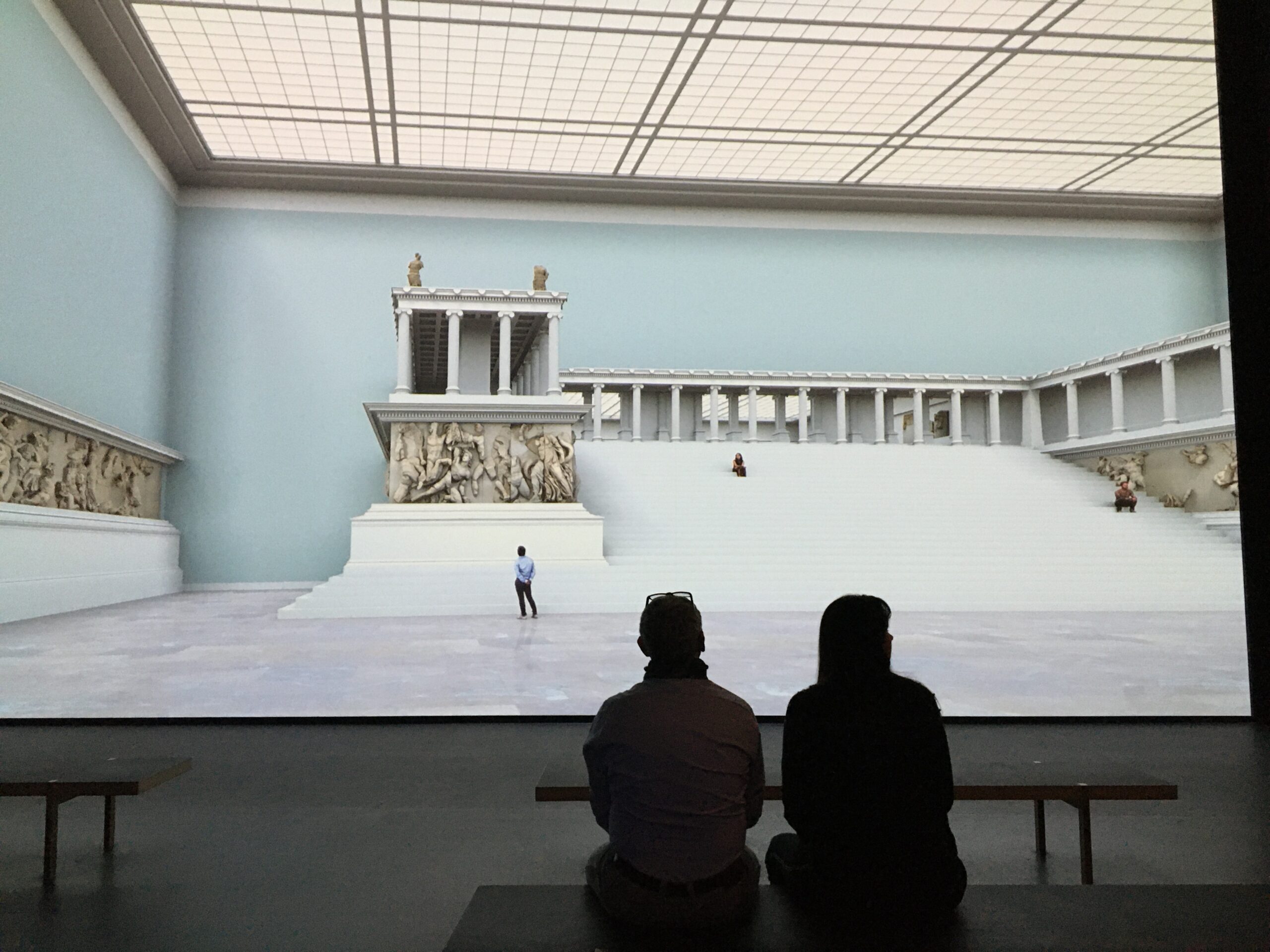 The museum includes an audio description in several languages ​​and a simplified explanation.

There are also other art exhibits such as statues of kings and queens that belong to the same era.

A live tour of all these details was conducted in the Pergamon Museum, which was held in November 2018 and will continue until 2024.

Pergamon Museum is one of the most important public museums in Germany.

The museum includes historical monuments and art from several civilizations, the oldest of which dates back nearly 4,000y BC, which makes it the most visited museum in Germany. It consists of three wings.

The Pergamon Museum is famous for the amazing reconstruction of monumental ancient buildings such as the altar of the Pergamon Museum, which is the most famous item in the museum and is an ancient Greek city. There is a huge building built by King Eumenes II in the first half of the second century BC on the Acropolis of Pergamon. 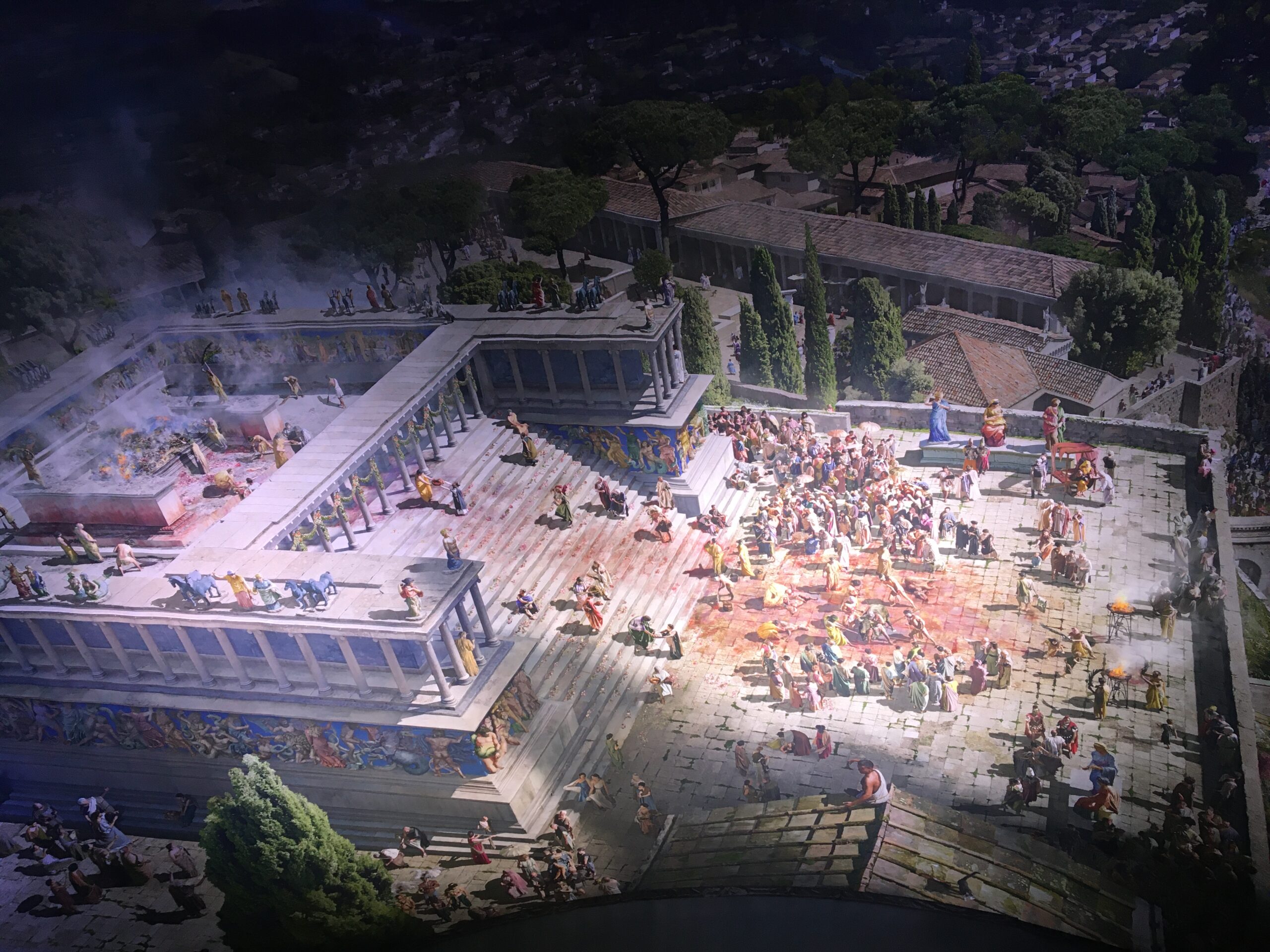 An ancient Greek city as well as the Ishtar Gate: the Processional Way from Babylon, the Market Gate of Miletus, and the Mshatta Facade.

As for the Panorama of the Pergamon Museum, it is an exhibition that includes scenes of three-dimensional representations of the ancient city of Pergamon.

This is where the visitor can stand in the center consisting of four floors and enjoys a 360-degree view of the ancient city.

The experience for the user will recreate what it would have looked in the year 129 AD during the reign of the Roman Emperor Hadrian.

The museum is a modern technical influence of statues and cinematic performances.

Stories of the civilization of ancient Greece and ancient Rome that are more than 2,100 years old through architecture, sculptures, vases, engravings and mosaics. 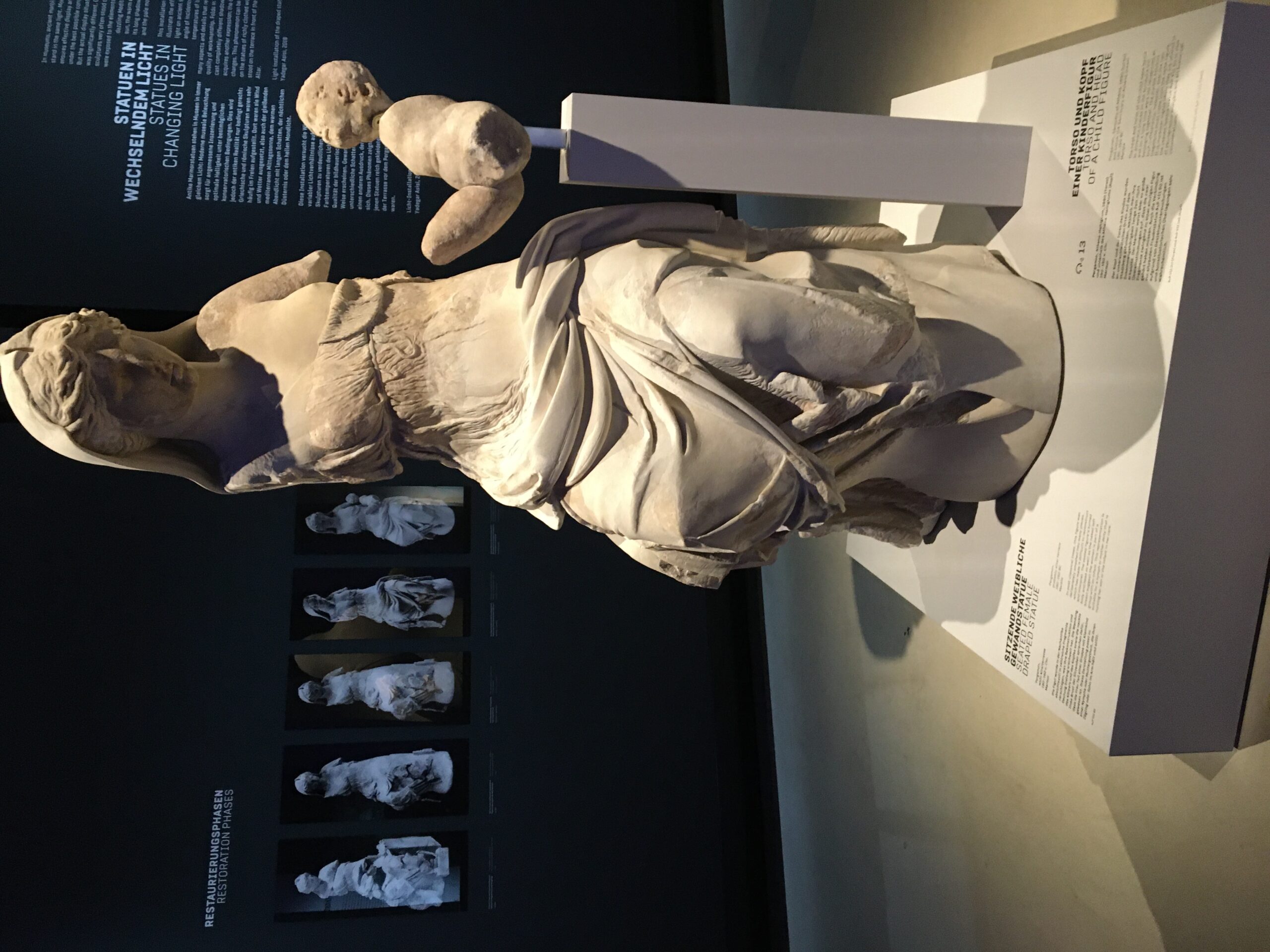 There are also bronze jewelry from the Aeolis region, consisting of thousands of pieces stacked next to each other, telling the story of his kingdom, through a group of successive scenes.

The Pergamon Museum was built in late 1899, by the German engineer Fritz Wolff, where the main objective of building the museum was to display a large number of antiquities and historical pieces that were found during excavations in that period.

The museum itself is included in the list of the World Cultural Heritage of UNESCO, in addition to five other museums on Museum Island in Berlin.

Among the most prominent scenes in the museum that visitors can observe are the famous Greek theater, the Temple of Dionysus. 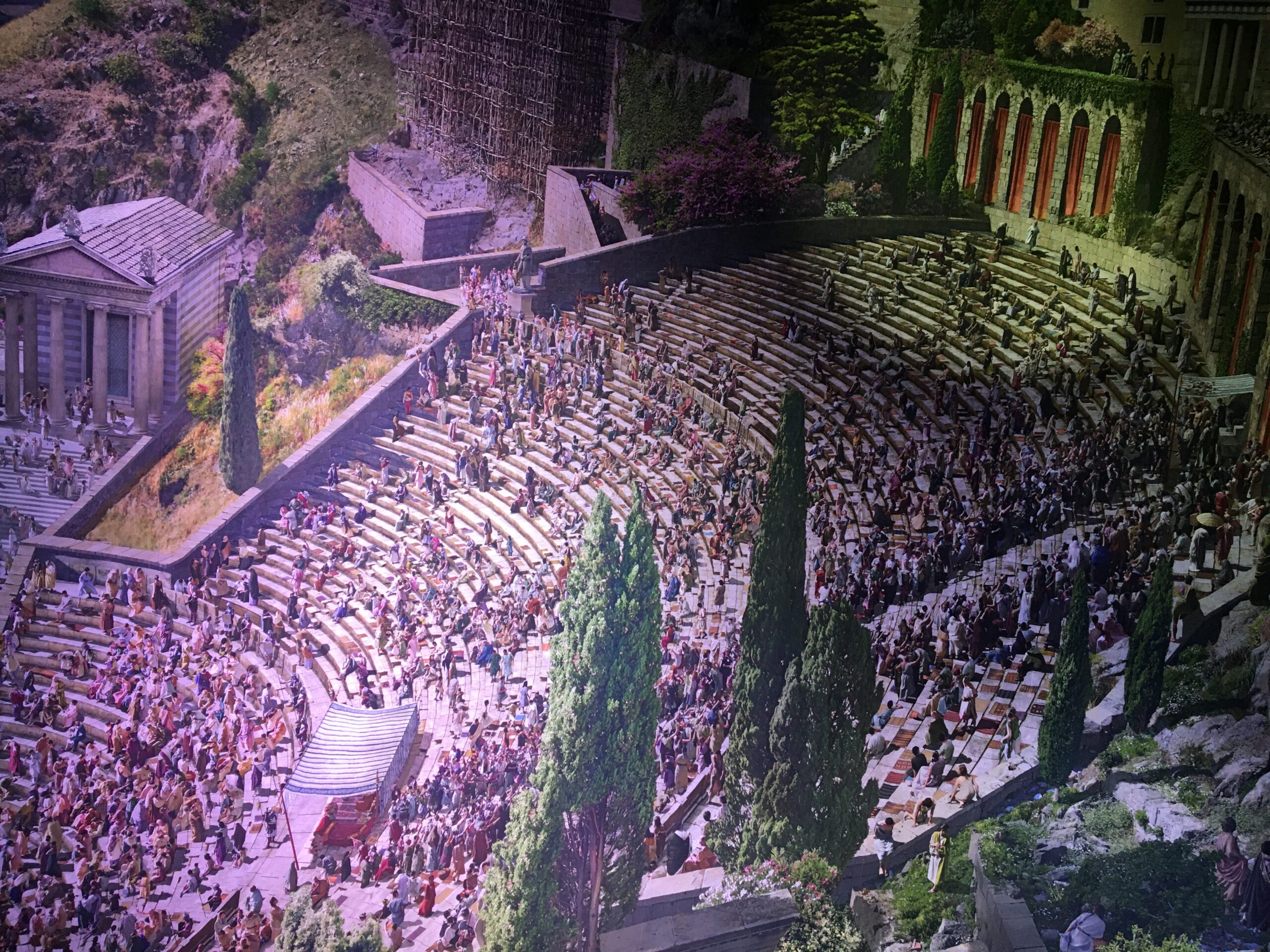 This is where  the theater was closely linked to the worship of Dionysus, the structure of the emperor at a high altitude in the city, the cemetery of Athens, pictures of the Greeks and Romans, nature, heroes, maidservants, and a sculpture workshop that was Pergamon kings were interested in and was famous for producing manuscripts made of animal skin.

In other scenes visitors can see the slave market and the cruel exploitation of countless unfree individuals.

In ancient Greek culture slaves were often ignored that even philosopher Aristotle depicted them as just two-legged beasts. They were property bought and sold.

The museum also included the sanctuary of the healing god Asclepius, one of the oldest sacred places in Pergamon.

This was a significant place because of great importance to patients seeking treatment, and was highly regarded throughout the Roman Empire. 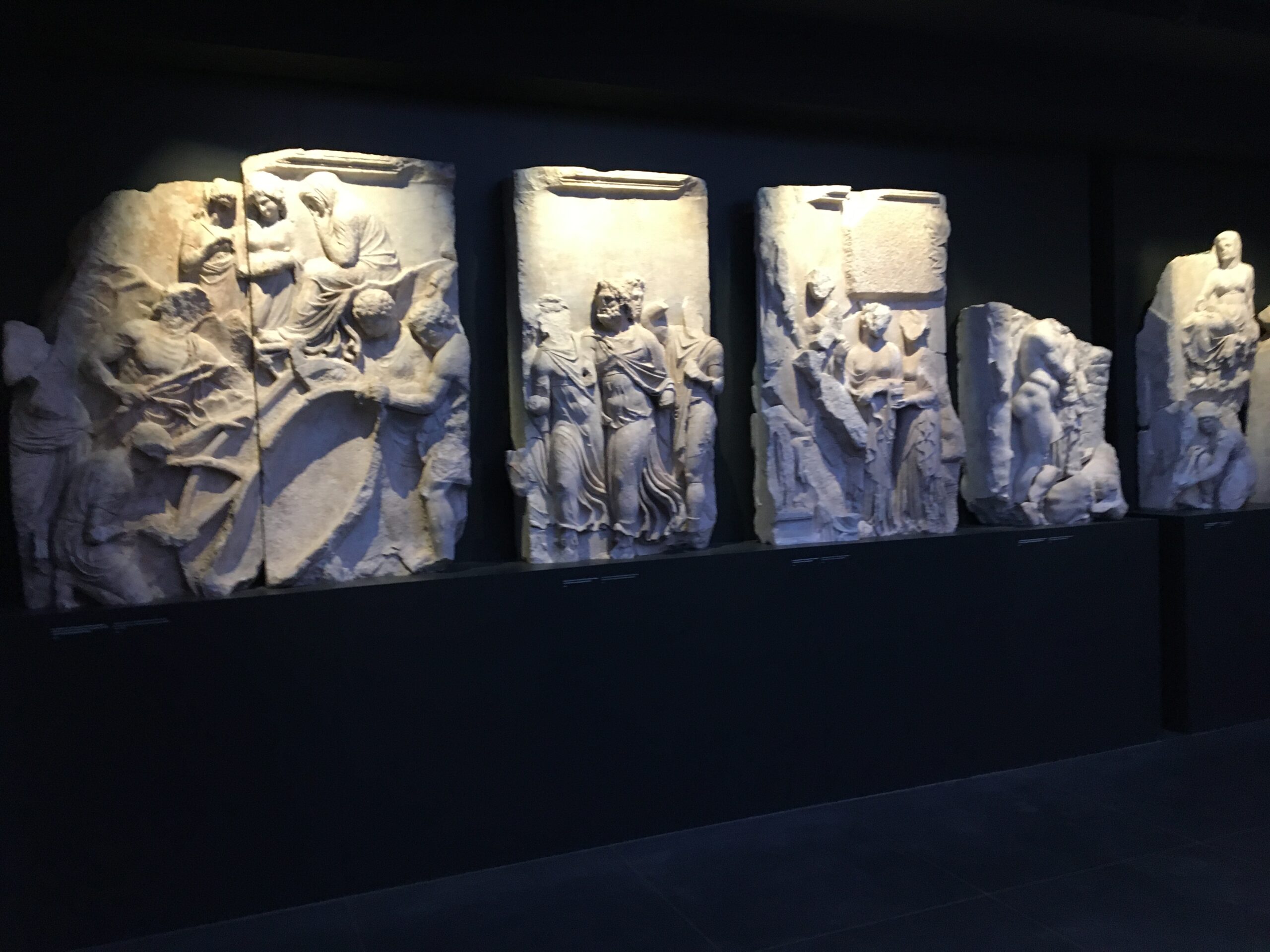