US President Joe Biden had arrived in Egypt to attend the COP27 climate summit in Sharm el-Sheikh on Friday afternoon.

The activities of Friday kicked off under the title “Decarbonization Day”.

-Extensive security patrols in the streets of Sharm el-Sheikh.

-Providing traffic diversions for the purpose of securing the convoy of the guest president.

– Inspection of personal bags at the entrance gates and before entering the conference by security personnel.

-Preventing cars from waiting at the gates of the COP27 climate conference. A White House official revealed Biden’s program during his visit to the climate summit:

US President is scheduled to hold a bilateral meeting with Egyptian President Abdel Fattah al-Sisi.

Biden will discuss with Egyptian officials developments in the Middle East, and will emphasize the US commitment to stability and diplomacy to end conflicts in the region and calm tensions.

The US official said that the meeting of the US and Egyptian presidents will discuss a range of issues.

The important issues that impact the climate crisis in the region, the global impact of the Russian war in Ukraine, easing of regional tensions, the security and economic partnership between the US and Egypt, and the human rights situation in Egypt. 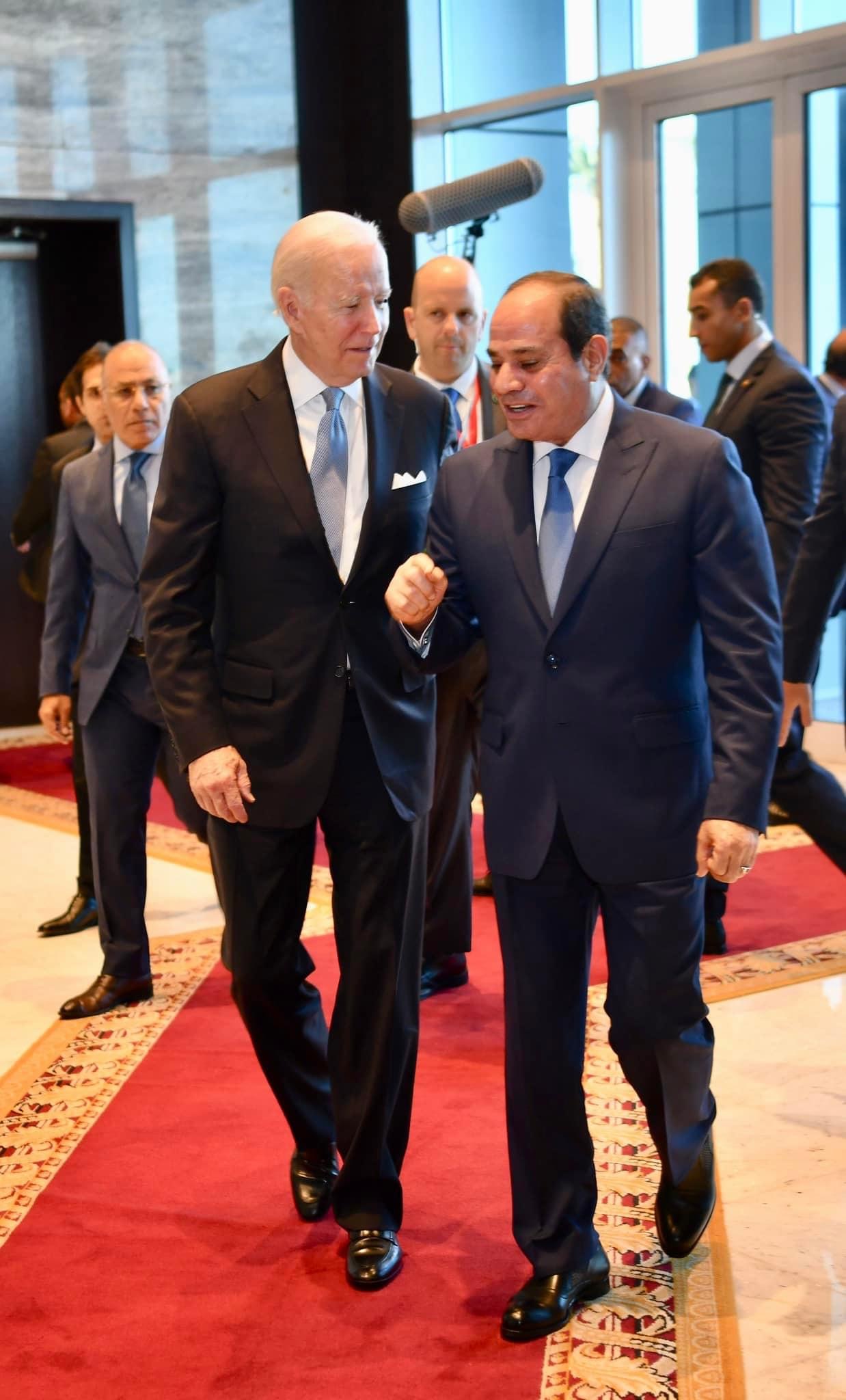 The US President will deliver his speech at the COP27 at 5:15 pm, and will leave Sharm el-Sheikh Airport at 6:20 heading to Cambodia.

The US administration official stated that Biden’s speech will present Washington’s efforts to address the climate crisis at home and abroad, and will show how the US is mobilizing historic and unprecedented public and private funding to partner with developing countries in reducing their greenhouse gas emissions and adapting to climate change.

The official added that Biden will also talk about the need for the 196 parties to the Paris Agreement to keep their efforts by accelerating ambitious work to reduce emissions, to maintain the goal of limiting global warming to 1.5C.

He also explained that in 2021, Biden set an ambitious goal of reducing emissions by at least 50 percent in 2030, which made the US a leader in reducing greenhouse gases, which indicated that Washington is on the right track.

US dollar price rises in Egypt on Thursday’s mid-trading