Japan’s latest super-deluxe train left the station Saturday with a select group of passengers who paid thousands of dollars for a leisurely trip harking back to an era of Art Deco opulence and a slower pace of life.

The Twilight Express Mizukaze departed Osaka on its maiden trip with around 30 well-heeled passengers on a journey to the far reaches of Japan’s main island. 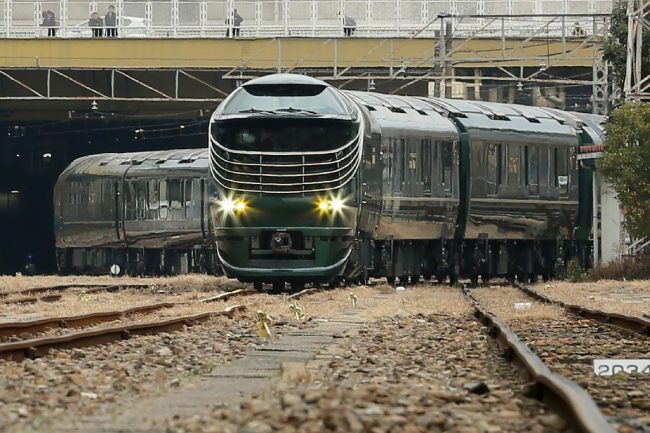 A couple staying in the 10-car train’s top room, The Suite, paid out a combined 2.4 million yen ($22,000) for a two-night, three-day return trip that rolls past emerald green rice paddies, craggy coastlines and ancient shrines.

That eye-popping price tag gets you five-star hotel luxury including a marble-floored bathroom with claw-legged tub in the priciest suite, food prepared by gourmet chefs, and sumptuous lounges where you can sip cocktails as you take in the dramatic scenery through huge viewing windows.

“I’m so delighted to get a spot on this historic train,” Ayaka Kobayashi, a newlywed who was travelling on the Mizukaze with her husband, told Jiji Press news agency.

“I want to enjoy this special time and space.”

The Mizukaze, which means “fresh wind” in Japanese, is just the latest luxury offering in train-mad Japan, which has an extensive railway network covering most of the country.

These top-end rolling hotels pay homage to once numerous sleeper cars that were overtaken by Shinkansen bullet trains that cut hours off travel times.

“Things have been reset, giving birth to a new breed” of trains, said photojournalist and train expert Kageri Kurihara after touring The Mizukaze.

“Train companies are trying to show what they can do without constraints. You may have this idea that sleeper trains are cramped and inconvenient but these railways are saying ‘look what we can offer!’.

“Japanese people are very fond of trains and you’d be excited with all these superb choices,” he added.

A four-day journey in several rooms that boast a cypress wood tub cost a cool 950,000 yen per person.

Well-heeled passengers even got piano playing and a fireplace — actually a trick created by steam and colored light — on the trip that took them from Japan’s capital to the northernmost island of Hokkaido and back again. 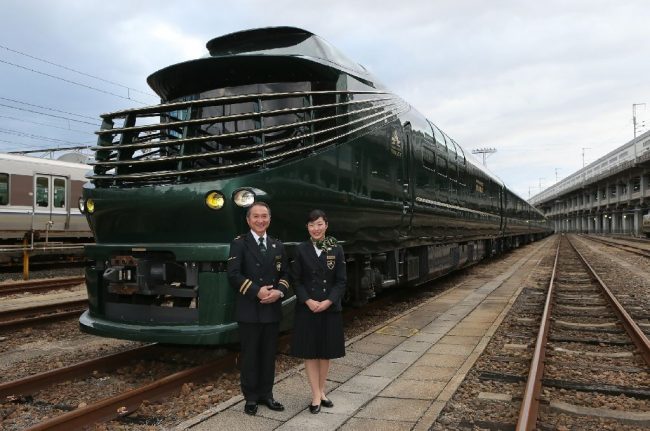 It cost the Shiki-Shima’s operator 10 billion yen to refurbish it and build special lounges at regular stops, among other expenses. The train is booked out through to March next year.

In 2013, Kyushu Railway unveiled its “Seven Stars” service with a piano and a bar, top-end dining and luxury suites.

Japan’s train operators have some offerings a notch down too, including a carriage with a foot-soaker bath.

As Tokyo gets set to host the 2020 Olympics, the record numbers of tourists visiting Japan could be another lucrative market for luxury train operators.

“This trend comes when more and more travellers from abroad are visiting Japan so the timing is good,” Kurihara said.

And while the economy may not be as booming as it once was, there are still many Japanese willing to pay for a local version of the Orient Express.

Passengers on the Mizukaze and Shiki-Shima had to put their names into a lottery and hope they got picked.

“(Luxury train travel) is not feeling the impact of deflation or a weak economy — and there are rich people out there,” Kurihara said.

“Money aside, I’d love to travel on it just once in my life.”

Millions told to evacuate as Typhoon Nanmadol heads for Japan

Data centers guzzle energy to keep cool. Could snow be the answer?