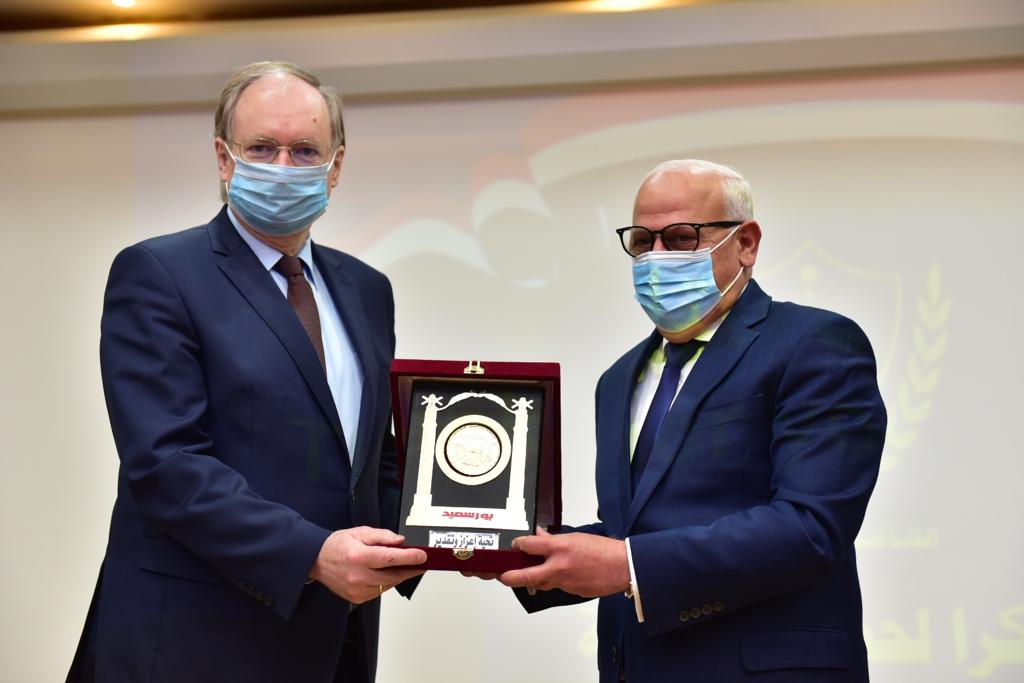 EU Ambassador to Egypt Christian Berger, and Alfredo Abad, Regional Representative for the Near East of the EIB, led the project visit, accompanied by MSMEDA representatives Medhat Masoud and Wael Hamed. The delegation was received by Port Said Governor General Adel El Ghadban. 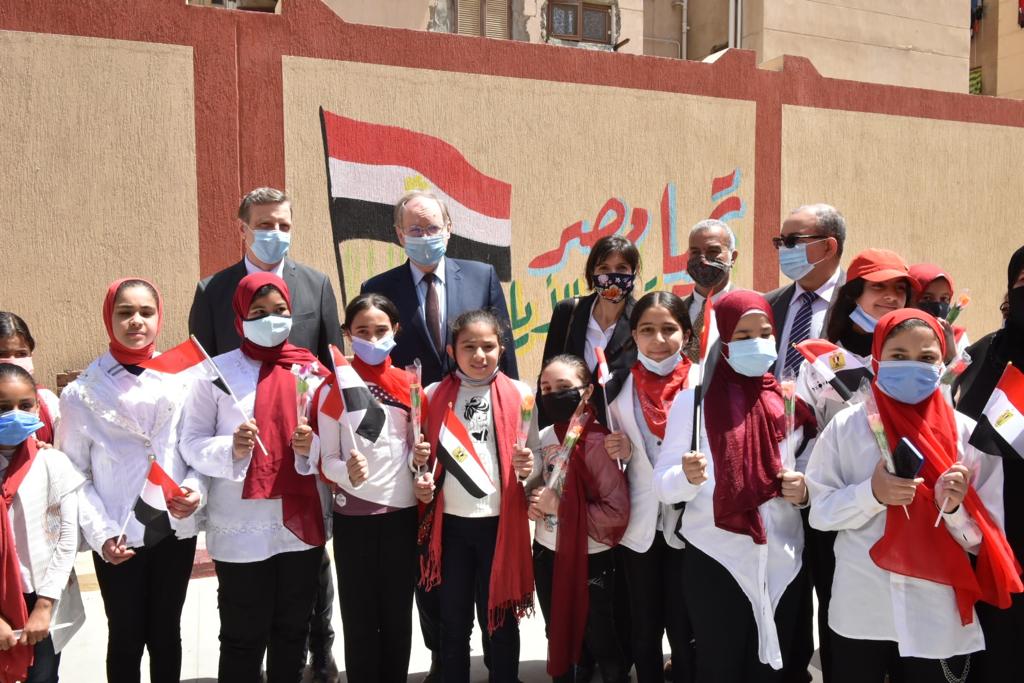 The projects are a part of the second phase of Egypt’s Community Development Program, which the three European entities launched in 2020 in conjunction with the Ministry of International Cooperation (MOIC).

The Community Development Program is funded by a €15 million euro grant from the European Union under the Neighbourhood Investment Facility (NIF) and is accompanied by a €45 million euro loan from the EIB.

The grant aims to improve local infrastructures in select communities, while the EIB loan offers new credit lines to small and medium enterprises.

The program addresses many of the United Nation’s Sustainable Development Goals (SDGs), including Decent Work and Economic Growth, Industry, Innovation, Infrastructure, and Sustainable Cities and Communities. 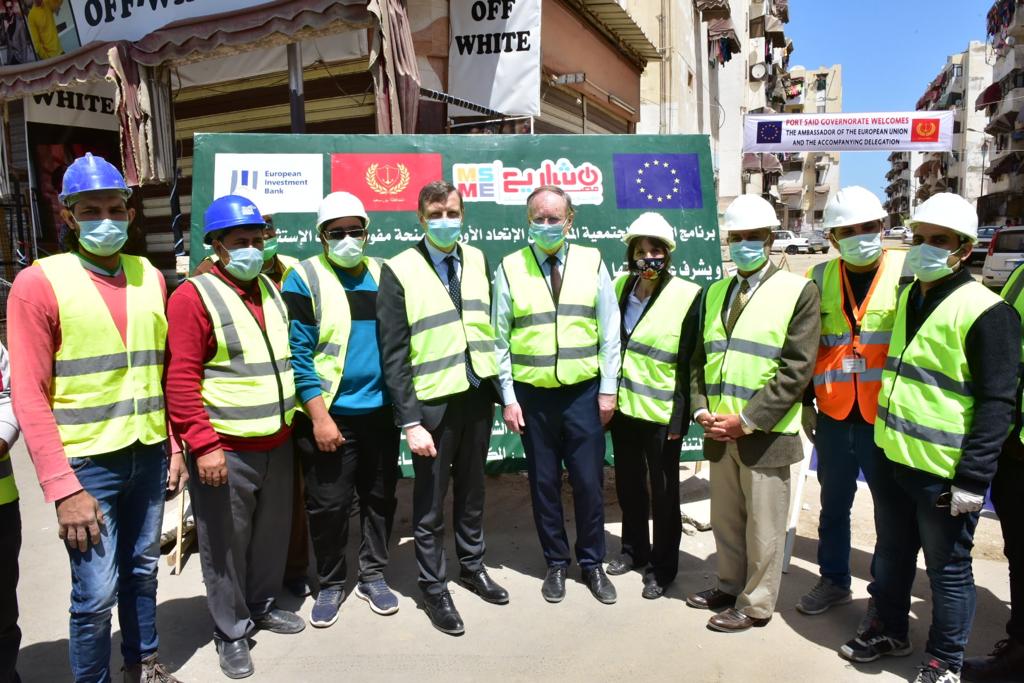 These projects have created more than 12,000 daily jobs for unemployed workers in the community.

Egypt’s Minister of Trade and Industry and MSMEDA Executive Director, Nevine Gamea, said that the visit underlines the close cooperation between MSMEDA and the EU. She called the EIB and EU important partners in Egypt’s development projects.

“From July 2014 till February 2021, MSMEDA mobilized EGP322.6 million for Port Said in loans and grants; loans amounted to EGP 304.1 million and financed the establishment of around 9,000 small and micro enterprises and therefore created about 16,000 job opportunities,” Gamea said. “Grants totaling L.E. 18.5 million were earmarked for infrastructure, human and community development projects and resulted in the generation of around 44,000 daily jobs for youth in Port Said governorate,” she added.

Ambassador Berger stressed that community development in urban areas is a priority of EU-Egypt cooperation with focus on sustainable development at the local level through community-based solutions and involving the local residents from design to implementation. This is now particularly relevant as a response to the coronavirus pandemic and its related health, safety, and financial challenges, he added.

EIB’s representative Abad said that EIB has been closely cooperating with MSMEDA for many years, in hopes of accelerating socio-economic development in Egypt and fostering an environment for youth entrepreneurship.