Mohamed “Ibn Nufal” Nufal, 24, kisses his mother goodbye in Cairo’s Tahrir Square as he sets off for the World Cup in Russia – on a bicycle. 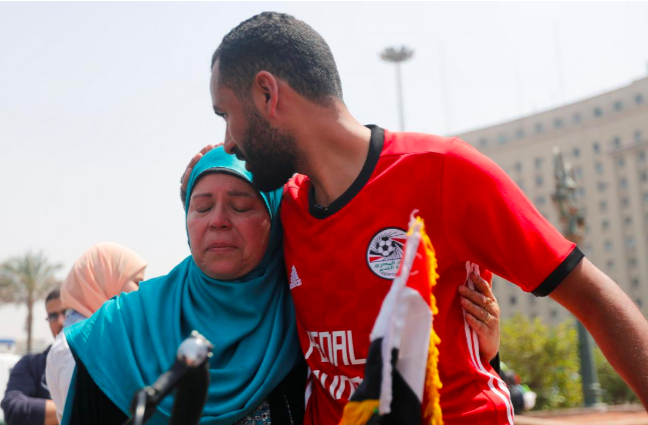 Egyptian cyclist Mohamed Nofal embraces his mother at Tahrir Square before his journey to Russia for the 2018 FIFA World Cup. Reutes/Amr Abdallah Dalsh.

Nufal plans to get there via Jordan, Bulgaria, Romania, Moldova and Ukraine. He will fly over Syria due to the civil war there and will also give Iraq a miss for security reasons. 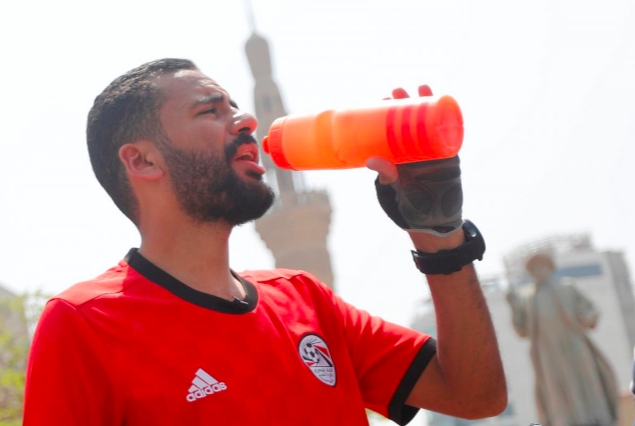 On his bike, Nufal has packed spare parts, an extra phone, batteries and camping gear. In addition to his tent, Nufal will put up in hostels where he can find them, as well as relying on the kindness of strangers for a bed for the night. 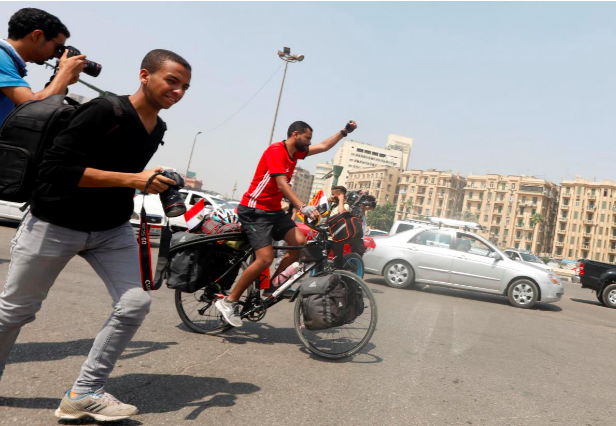 Egyptian cyclist Mohamed Nofal gestures as he crosses Tahrir Square during his journey from Cairo to to Russia for the 2018 FIFA World Cup. Reutes/Amr Abdallah Dalsh.

“It is about the road more than the arrival,” he told Reuters Television. “If it were just about the World Cup, I would take a plane. It is a great chance for me to see new things.”

A group of cyclists and friends escorted Nufal as he started his trip on Saturday, April 7 and he hopes many more will offer him help along the way. 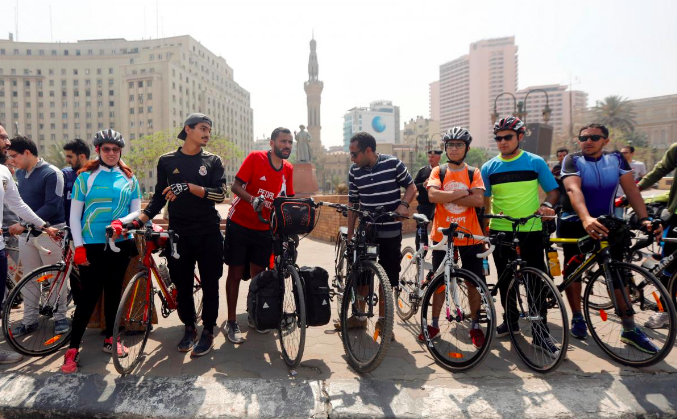 Egyptian cyclist Mohamed Nufal speaks with his supporters in front of Omar Makram mosque before his journey to Russia for the 2018 FIFA World Cup. Reutes/Amr Abdallah Dalsh.

After clinching its World Cup spot in October, Egypt will compete on football’s ultimate stage for the first time since 1990.

US and Russia are still talking about release of Griner and Whelan, top diplomat tells state media