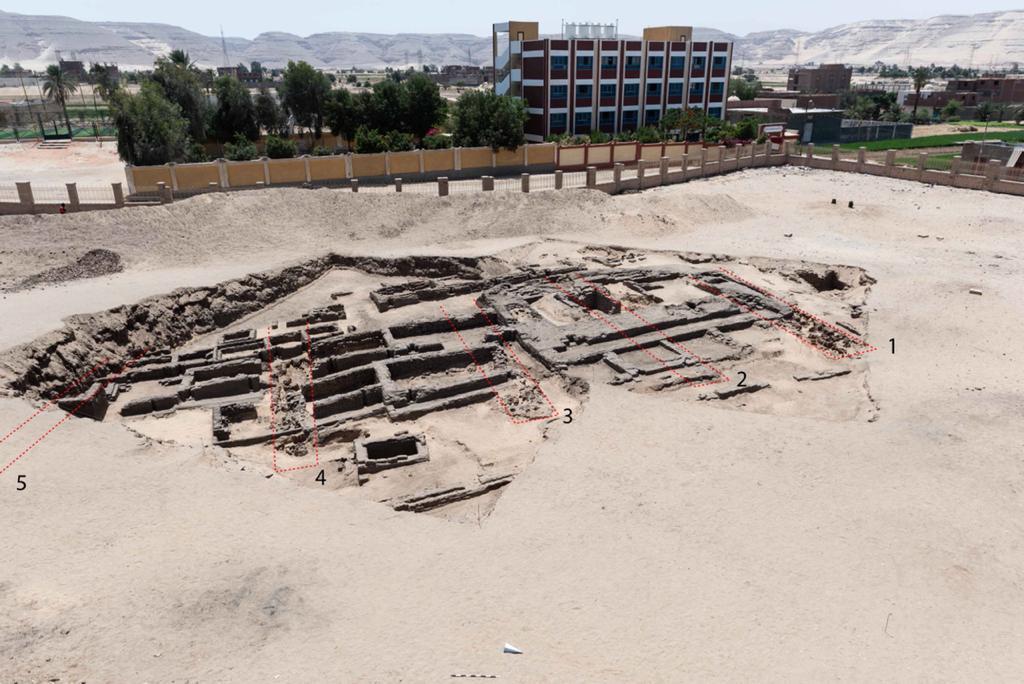 A joint Egyptian-American archaeological mission, headed by Matthew Adams of New York University and Deborah Vischak of Princeton University, have uncovered what is believed to be the world’s oldest high-production brewery at north Abydos, Sohag Governorate. 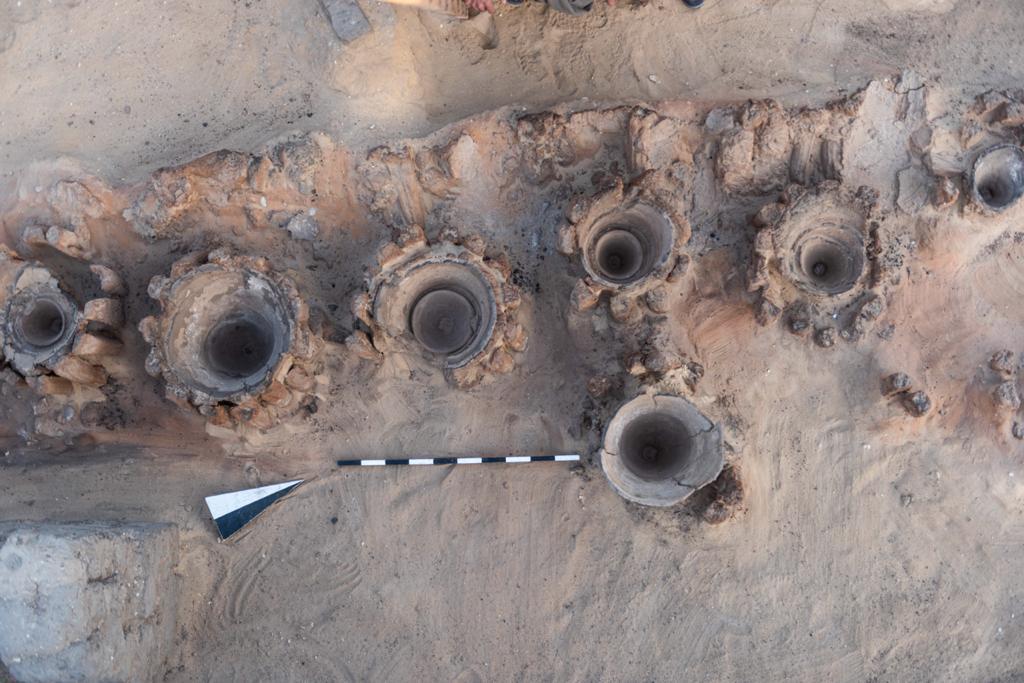 The Secretary General of the Supreme Council of Antiquities Mostafa Waziri clarified in a Saturday statement that the factory likely dates back to the era of King Narmer (3273 – 2987 BC). It consists of eight large sections with an area of ​​20 meters in length, 2.5 meters in width and 0.4 meters in depth, which were used as units for beer production. 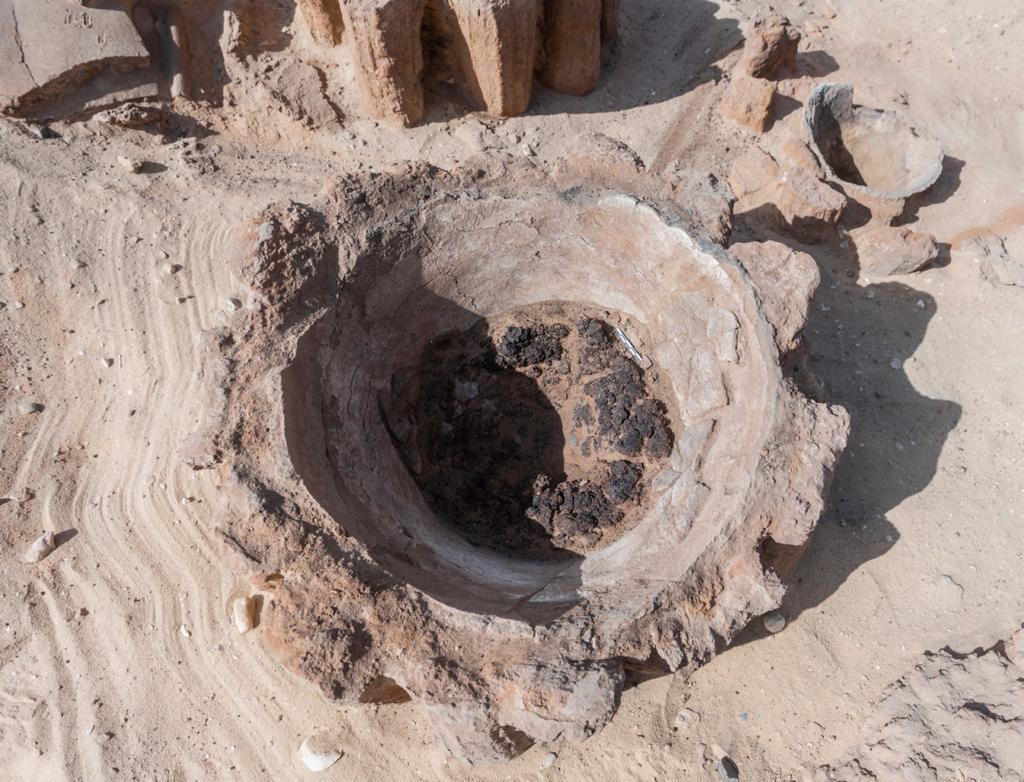 Waziri stated that each sector was found to hold around 40 earthenware ponds arranged in two rows, which were used to heat the mixture of grains and water, with each basin held in place by levers made of clay placed vertically in the form of rings. 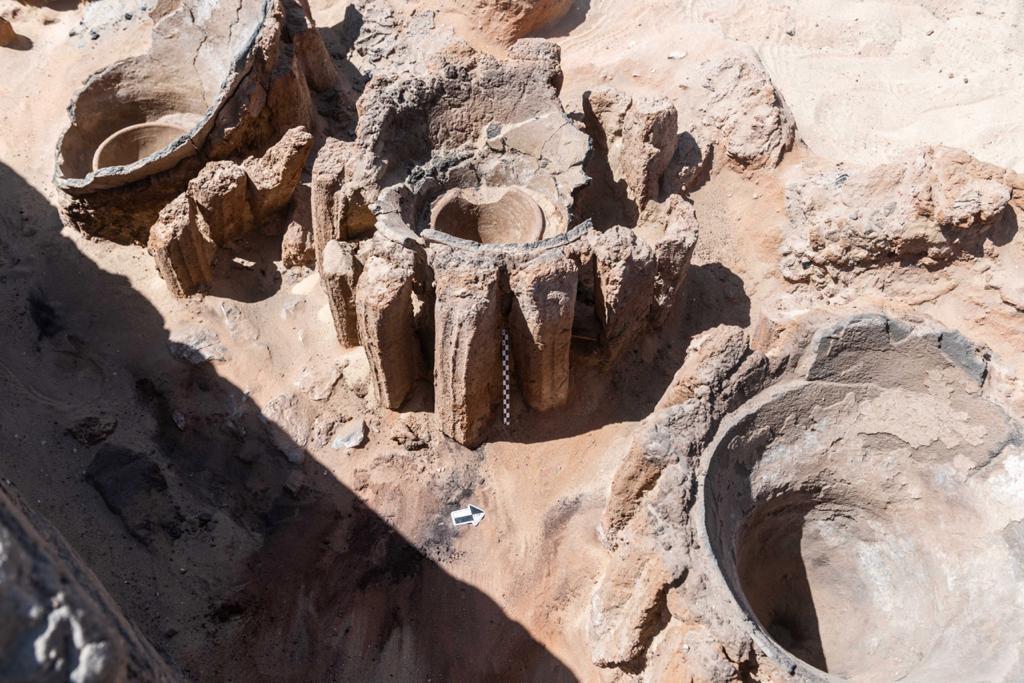 The co-head of the archaeological mission Matthew Adams said that the studies showed that the factory was producing about 22,400 liters of beer at one time.

He added that it may have been built in this place specifically to supply the royal rituals that were taking place inside the funeral facilities for Egyptian royalty.  Evidence for the use of beer in sacrificial rites was found during excavations in these facilities.

Several British archaeologists had previously discovered the existence of this plant at the beginning of the 20th century, but were unable to uncover its exact location.