The theory of evolution is atheism, said Ahmed Shafiq, a 15-year-old schoolboy who happened to share the name of the former presidential candidate, standing outside a secondary school in Agouza.

“You want to say we came from monkeys or what? Well, maybe he did, actually,” Shafiq said, with sweat streaming down from his temples. He pointed to a sullen schoolmate as he said this, earning a round of approving laughter from surrounding friends.

“But that’s just it,” Shafiq retorted, with a confidence beyond his years. “It’s just a theory.”

Research on Egyptians’ perception of evolution is scarce, but the few surveys on it conducted over the years paint an unsympathetic picture. A 2007 survey by sociologist Riaz Hassan found that only 8 percent of Egyptians accepted evolution as “true or probably true,” with more than 50 percent saying it could not possibly be true.

Such antagonistic attitudes were reflected at a more regional level in October 2009, when Al Jazeera Arabic published an article on the discovery of “Ardi,” a 4.4 million-year-old hominid fossil. Rather than describing how the fossil brought scientists closer than ever to finding a common ancestor between humans and chimpanzees, the news item boasted that Ardi “proves Darwin’s theory is wrong.”

The local press in Egypt enthusiastically picked up on the story, with several major papers running headlines that declared “the end of Darwin.” They based the conclusion on the apparent observation that the finding refutes “the assumption that humans evolved from monkeys” — humans having originated from monkeys being an all-too-common misconception about evolutionary theory.

Research by Saouma BouJaoude, a professor of science education at Lebanon’s American University of Beirut, has consistently found that this misconception was a recurrent reason used by students in the Middle East to reject the idea of evolution.

But, as BouJaoude’s research points out, Egypt is unique in the region because its national curriculum includes a compulsory unit on evolution, despite a previous Al-Azhar decree against the theory. Yet it’s clear the curriculum hasn’t busted the basic myths that continue to haunt Charles Darwin’s theory.

There is also evidence that while teachers might cover evolution in class, they supplement the material with their own, not-so-scientific opinions.

“Yes, I teach it,” said Maha Samy, a middle-school biology teacher who’s worked at both public and private schools. “But I tell my students not to believe it — at least not when it comes to humans.”

This attitude is not uncommon among some teachers in the region as a whole. BouJaoude found in a 2010 study that a significant proportion of Muslim biology teachers reject evolution and often remove human evolution from the syllabus.

That approach is consistent with patterns in Egypt, even in Cairo University’s zoology department.

“Of course evolution is taught here,” said one of the department’s professors, who asked that his name not be used. “There is no problem with that. But we do not cover human evolution. That’s different. The students wouldn’t have that, no. Evolution is concerned only with animals.”

This raises a perplexing question: How do the people who are supposed to be teaching one of the most basic and best-supported pillars of science justify this blatantly cherry-picked version of Darwin’s theory?

As Samy, the biology teacher, put it: “You have to remember: It’s just a theory.”

Another common misconception is what a “theory” entails in a scientific context. Throughout his research, BouJaoude said, students interviewed consistently said a theory was something that had not yet been proven, and that only scientific “laws” were proven. To them, a theory was not much different from an idea.

In reality, a scientific theory is a well-substantiated explanation of an aspect of the natural world.

However, in the Arabic-speaking world, this misconception might be exacerbated by the fact that the Arabic word for theory is rooted in the word “perspective.” It is possible that this predisposes Egyptian students and teachers — and possibly Arabic speakers in general — to understand this term as little more than a person’s perspective.

Language barriers also play a deeper role in (mis)understanding evolution. For instance, the first recently completed full Arabic translation of Darwin’s “On the Origin of Species” is nearly 1,000 pages long and laden with footnotes elaborating on terminologies that are difficult to translate into Arabic. Basic terms like “natural selection” are still not standardized. Even the word “ancestor” in Arabic can have religious connotations that may prove provocative when discussing human ancestry.

This conundrum trickles down to everyday language, in which it’s not even entirely clear how to distinguish between the words for monkey and ape without resorting to colloquial and imprecise Arabic.

But even if a more robust understanding of evolution and the terms associated with it could be achieved, the question is whether the theory would still be resisted based on a debatable association with atheism.

Salman Hameed, an associate professor at Hampshire College in the US, has extensively researched the relationship between evolution and Islam. He said he believes equating the theory with atheism is completely wrong — in fact, his research suggests that many Muslims around the world have no problem accepting evolution.

He said that after interviewing Muslim physicians in several countries, his research found that many consider evolution a matter of science, independent from religion.

“For them, evolution is the method by which God created life on the planet,” Hameed said.

Nevertheless, instances of cognitive dissonance are not uncommon. One Pakistani medical student conveyed this tension to Hameed.

“I accept [evolution] when I’m in the hospital and reject it when I go home,” the student said, according to Hameed.

Hameed suggested that this conflict could be largely resolved if believers understood evolution as the natural mechanism used by God that led to the diversity of animals and plants. He compared the process to the formation of stars and galaxies.

“We refer to gravity as the key mechanism behind this physical process,” he said. “We do not just say that our sun and its planets suddenly appeared one day.”

Yet using gravity as an explanation is not necessarily equivalent to atheism, he said, and to that extent, neither is evolution. Still, most believers who accept evolution would likely argue that humans evolved due to some divine necessity that is part of a purposeful plan.

But if we are to accept unadulterated natural selection as the mechanism behind evolution — without any tweaking here and there — it’s hard to still insist that humans would have evolved without resorting to some form of intelligent design.

And so, is a purposeful God truly compatible with the blind purposelessness of evolution by natural selection? It’s not so clear.

Either way, it would seem that evolution should in fact meet less resistance in Islamic cultures than Christian ones. One of the reasons why some Christians, particularly in the US, reject evolution is because it conflicts with a literalist Christian view that the universe is only a few thousand years old. But such a “young Earth” creationist stance does not truly exist in the Muslim world, thanks in part due to the Quran’s reference to single days equal to tens of thousands of years in human terms.

Ultimately, researchers like Hameed believe opposition to evolution will go away.

“When the earth-centered universe was challenged, it took a few centuries for people to change their perceptions,” he said.

Hameed suggested that, while physics dominated the 20th century, biology would dominate the 21st. Egypt is trying to increase its scientific output, but with opposition and muddled appreciation toward evolution, there is concern it will seriously lag behind.

“The question is whether Muslim countries will be at the forefront of this change or be behind a few decades, if not centuries. This is a question that remains to be answered,” Hameed said.

A slightly shorter version of this piece was originally published in Egypt Independent's weekly print edition. 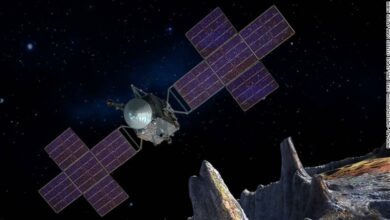