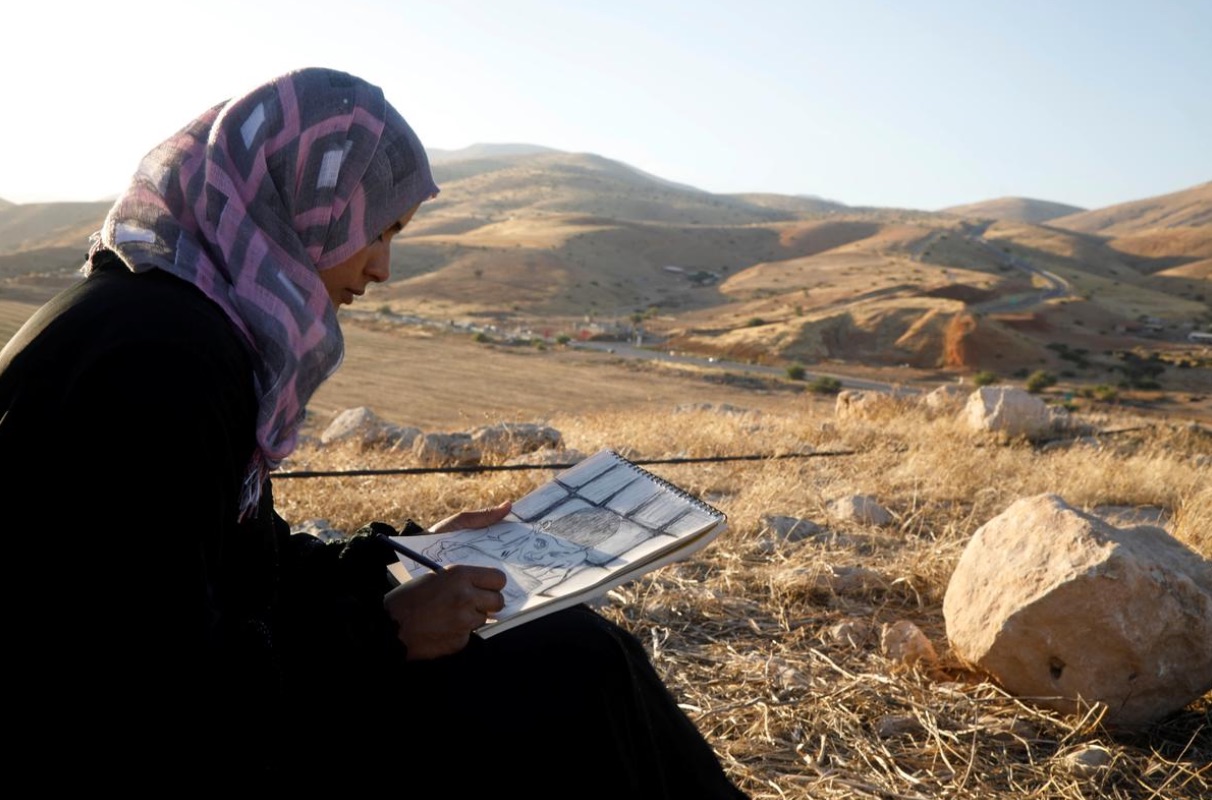 JORDAN VALLEY, West Bank (Reuters) — Amid the barren hills of the Jordan Valley, Palestinian artist Khadeeja Bisharat paints scenes of bulldozers and demolitions, a reflection of fears of what may happen to her isolated Bedouin community if Israel annexes land in the occupied West Bank.

Some 15,000 Palestinians live in tiny pastoral encampments scattered across the Jordan Valley. Israel has pledged to extend its sovereignty over the territory — some 30 percent of the West Bank — with cabinet-level discussion on the move set to begin July 1.

“This affects our psychological wellbeing, and the children’s wellbeing […] Will they allow residents to stay? Will they demolish their houses?” Bisharat, 37, said from her Bedouin encampment in the northern Jordan Valley.

She says she has tried to express her fear and uncertainty through paintings, among them a watercolor depicting women gathered around a demolished home and a scene of a yellow bulldozer approaching a tin Bedouin shack.

“I try to convey a message of how the occupation impacts us, the violations we are subjected to,” the mother-of-three said.

Israel captured the West Bank in a 1967 war. An Israeli military post, near the Jewish settlement of Hamra, looks down on Bisharat’s community from a nearby hilltop.

She said she felt surrounded, far from areas under the control of the Palestinian Authority and exposed to Israeli demolition of farm shacks erected by her community.

Israel has cited a lack of proper permits, required in parts of the West Bank under complete Israeli military control, in issuing demolition orders.

Bisharat’s husband, Mahmoud, said their community would be defiant in the face of Israeli annexation.

“Even if it is imposed on us, we will resist with all the means we have.”

On World Refugee Day, Palestinians try to scrape by in Gaza