HEBRON, West Bank, June 25 (Reuters) – Palestinian mourners called on Friday for a change of government as they marched through Hebron for the funeral of one of President Mahmoud Abbas’s most prominent critics, who died after being arrested by security forces.

Thousands of people accompanied Nizar Banat’s coffin through the streets of the occupied West Bank city, many of them chanting “The people want the fall of the regime” and “Leave, leave Abbas”.

Some waved Palestinian flags and others the flag of Hamas, Abbas’s Islamist rivals in Gaza. Protesters also gathered in Ramallah and outside East Jerusalem’s Al-Aqsa Mosque.

Banat’s family said Palestinian Authority (PA) forces broke into his house in the city in the early hours of Thursday and hit him repeatedly with a metal rod before arresting him. read more

He suffered blows to the head, the PA’s Independent Commission for Human Rights said after conducting an autopsy. read more

Abbas’ Palestinian Authority said it would hold an inquiry, but has not commented on the accusations. Its governor for Hebron, Jibrin Al-Bakri, said Banat died when his health “deteriorated” during his arrest.

Abbas’ popularity has plummeted since the 85-year-old was elected president in 2005, with many Palestinians facing economic hardship and complaining of widespread corruption. He has ruled the PA by decree for over a decade.

Making its first statement since Banat’s death, the umbrella Palestine Liberation Organization (PLO), which Abbas chairs, said the PA inquiry would be impartial and that it would announce its findings at the earliest opportunity.

But the PLO called on Palestinians “and especially the family of the martyr, Nizar, to assume national responsibility … and not allow anyone to politicise this issue and divert it from its national, humanitarian and legal track.”

Banat, 43, was a social activist who had accused Abbas’s PA of corruption, including over a short-lived COVID-19 vaccine exchange with Israel this month and Abbas’s postponement of a long-delayed election in May.

Banat had registered as a parliamentary candidate for that contest.

The United States, the United Nations and the European Union called on the PA to conduct a “transparent” inquiry into Banat’s death.

Hamas, which rules the Gaza Strip, urged Palestinians to rise up and “put a final end to the widespread violation by the (PA) against the freedoms and rights of our people”.

Abbas and the PA, which exercises limited self-rule in the West Bank, reject accusations they are corrupt and that they arrest people for their political views. They also deny torture. 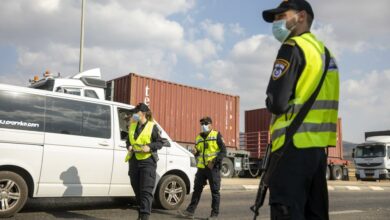