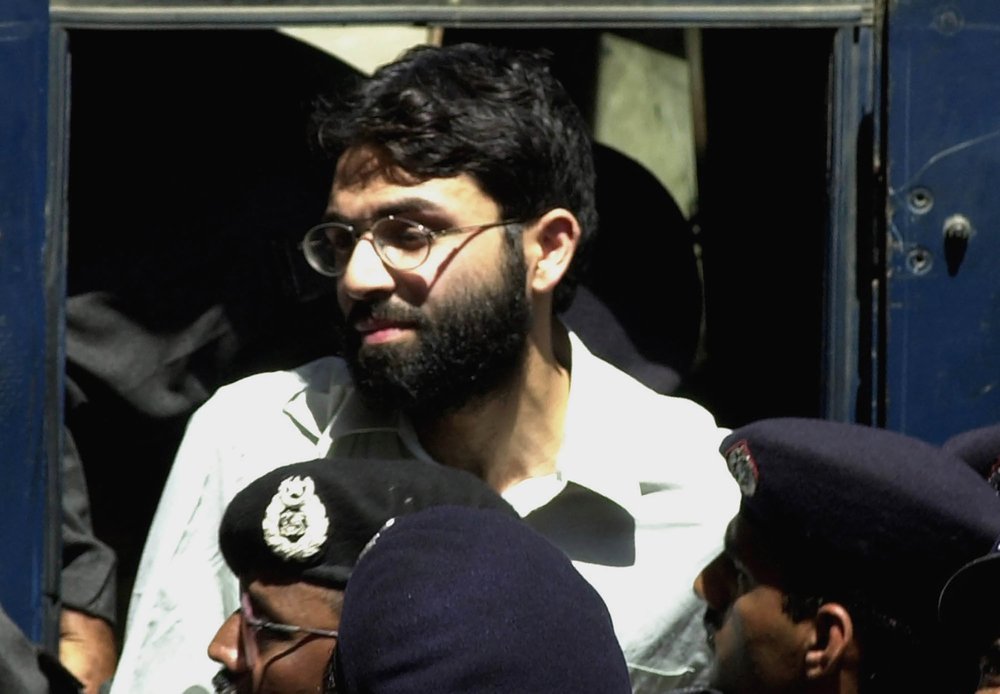 ISLAMABAD (AP) — Pakistan’s Supreme Court ordered the release Thursday of a Pakistani-British man convicted and later acquitted in the beheading of American journalist Daniel Pearl in 2002.

The court also dismissed an appeal of Ahmad Saeed Omar Sheikh’s acquittal by Pearl’s family and the Pakistani government. It wasn’t immediately clear when Sheikh would be freed; the government of the Sindh province where he is being held has previously refused to honor such release orders.

“The Pearl family is in complete shock by the majority decision of the Supreme Court of Pakistan to acquit and release Ahmed Omer Sheikh and the other accused persons who kidnapped and killed Daniel Pearl,” the Pearl family said in a statement released by their lawyer, Faisal Siddiqi.

The brutality of the Wall Street Journal reporter’s killing shocked many in 2002, years before the Islamic State group regularly began releasing videos of their beheadings of journalists. An autopsy report told of the gruesome details of Pearl’s killing and dismemberment.

Sheikh was convicted of helping lure Pearl to a meeting in the southern Pakistani port city of Karachi, during which he was kidnapped. Pearl had been investigating the link between Pakistani militants and Richard C. Reid, dubbed the “shoe bomber” after his attempt to blow up a flight from Paris to Miami with explosives hidden in his shoes.

Pearl’s body was discovered in a shallow grave soon after a gruesome video of his beheading was delivered to the US consulate in Karachi.

Sheikh long denied any involvement in Pearl’s death, but the Supreme Court on Wednesday heard that he acknowledged writing a letter in 2019 admitting a minor role — raising hopes for some that he might remain behind bars.

Sheikh has been on death row since his conviction in Pearl’s death. He is currently being held in a Karachi jail, but a three-judge Supreme Court ruled two to one to uphold Sheikh’s acquittal and ordered him released, said Siddiqi.

A lawyer for Sheikh said the court also ordered the release of three other Pakistanis who had been sentenced to life in prison for their part in Pearl’s kidnapping and death.

“These people should not have been in prison even for one day,” Mehmood A. Sheikh, who is not related to his client, said.

He warned the government of southern Sindh province, of which Karachi is the capital, against delaying their release, as it has done in the past with his client, even after being slapped with a contempt charge.

“I expect the Sindh government will not make a mockery of justice by continuing … to not release them for no good reason whatsoever,” he said.

Washington previously said it would seek Sheikh’s extradition to the United States to be tried there, if the acquittal was upheld. It’s not clear whether Pakistan would support his extradition or even under what grounds it could go ahead.

The case seems certain to test the new Biden administration’s skill in dealing with Pakistan, considered a key ally in getting peace in neighboring Afghanistan. There was no immediate reaction from the US Embassy to the court order upholding the appeal.

The Pearl family urged both the US and Pakistani governments to take action to “correct this injustice.”

“Today’s decision is a complete travesty of justice and the release of these killers puts in danger journalists everywhere and the people of Pakistan,” the family’s statement said.

Siddiqi, the Pearl family lawyer, said the only legal avenue available now is to ask for a review of the court’s decision to uphold Sheikh’s acquittal. However, he said the review would be conducted by the same court that made that decision. “In practical terms,” that means the case is closed in Pakistan, he said.

On Wednesday, the Supreme Court heard Sheikh admit to a minor role in Pearl’s kidnapping — a dramatic turn of events after he had denied any involvement for 18 years. Siddiqi, the Pearl family lawyer, had expected it would advance his case.

Still, Siddiqi had previously said winning was an uphill battle because the prosecutor in the original case tried four men — including Sheikh — together, with the same charges against all even though each played a different role.

All four were acquitted in April by the Sindh High Court on the grounds that the initial prosecution’s evidence was insufficient. During the appeal of that acquittal, Siddiqi tried to convince the Supreme Court of Sheikh’s guilt on at least one of the three charges he faced, specifically the kidnapping charge, which also carries the death penalty in Pakistan.

The court is expected to release a detailed explanation for Thursday’s decision in the coming days.