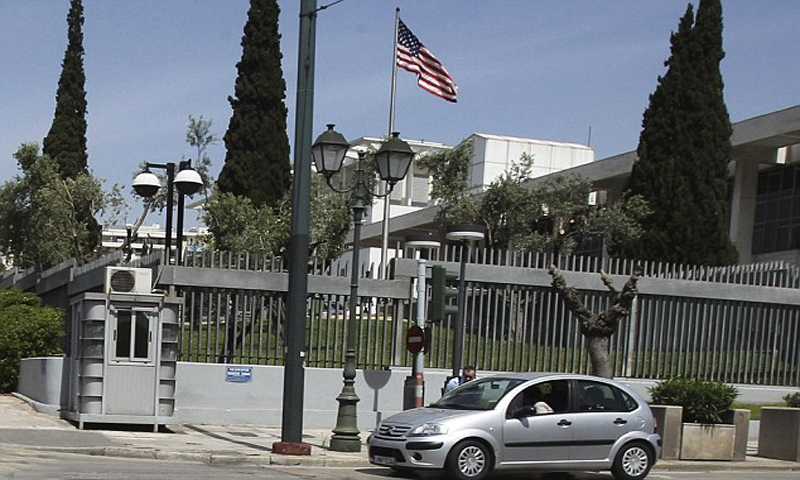 Pakistani authorities have barred a U.S. diplomat involved in a fatal traffic accident from leaving the country, forcing an American military aircraft flown in for his departure to leave without him, local media reported on Saturday.

The move came a day after Pakistan said it would restrict the movements of all American diplomats in the country in response to Washington’s similar restrictions on Pakistani embassy diplomats.

A spokesman for the U.S. embassy in Islamabad declined to comment on the media reports, and a U.S. State Department spokesperson in Washington would neither confirm nor deny them.

“For the privacy and security of those involved, we cannot disclose the diplomat’s current location,” the State Department spokesperson said.

Pakistan is a crucial link to supplying American troops fighting the Taliban in neighboring Afghanistan. But Washington has long believed it actually shelters the Taliban’s leaders, and President Donald Trump has cut off military aid in an effort to pressure Pakistan.

The latest blow to relations came on Saturday, when Pakistani authorities banned a U.S. military attache from leaving as planned, Pakistan’s The Nation and Express Tribune newspapers reported.

A day earlier, an Islamabad court had ruled his diplomatic immunity may not apply in the April 7 traffic accident in which the U.S. attache’s vehicle hit a motorcycle, killing the 22-year-old driver, both papers reported.

As a result, a U.S. Air Force C130 flown in to Pakistan’s Nur Khan air base outside Islamabad was forced to leave without him on Friday, Geo TV and the two newspapers reported.

Separately, Pakistan’s foreign ministry said it would apply travel restrictions to all U.S. diplomatic staff similar to those applied by Washington, according to a notification sent to the U.S. Embassy on Friday and obtained by Reuters.

The new U.S. rules require diplomats to obtain permission to travel more than 40 kilometers (25 miles) from their stations, the local Dawn newspaper reported.

The U.S. State Department on Saturday confirmed the new restrictions on its employees in Pakistan but declined further comment.

“We are in regular communication with our Pakistani counterparts. We do not discuss details of diplomatic conversations,” the spokesperson said.

U.S.-Pakistani relations have deteriorated significantly since the beginning of the year, when Trump abruptly announced in a tweet a cutoff of military aid, which he said treated the United States with “nothing but lies and deceit” for 15 years.

For Pakistani dockworkers in Dubai, kushti is a way of life