On the anniversary of former president Hosni Mubarak's step-down, more than 50 politicians and partisans have called for the release of all prisoners of conscience and participants in peaceful demonstrations, and for justice to be laid down on the perpetrators of violent crimes and terrorism.

They signed a statement Saturday that called for a reformation — supposed to be applied six years ago by civil and democratic political forces.

According to the statement, Egypt is still suffering from worse problems than those which led to the 2011 revolution.

The statement called for laying the foundations of a civil modern democratic state, to respect and activate the values ​​and principles of freedom and human rights, and to separate religion from the state and political affairs, in accordance to the provisions of the 2014 Constitution. It called for the elimination of institutional corruption, which has become a widespread phenomenon and threatens any attempt at radical reform.

The statement called for facing poverty, and providing education, health care and fair salaries and pensions that provide a decent life standard for citizens.

Turkey says an agreement for Ukrainian grain transport will be signed Friday. Here’s what we know 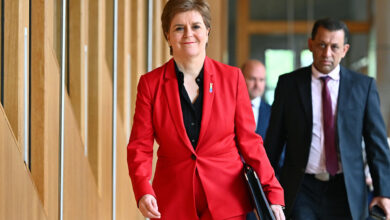