Oprah Winfrey accepted her Cecil B. DeMille Award on Sunday night at the Golden Globes with a message to the young girls watching: “A new day is on the horizon.”

The media mogul’s message came during a Golden Globes ceremony notable for being the first major award show since Hollywood first began addressing rampant sexual harassment against women in the entertainment industry and beyond.
This year’s ceremony was one of the most political yet and saw the red carpet awash with A-list actresses wearing black.
Some of the biggest names brought with them activistsfor gender and racial justice, including #MeToo founder Tarana Burke, who started the hashtag campaign which exposed the scale of sexual harassment against women worldwide.
Part of the mission of anti-sexual harassment group Time’s Up, which led the night’s all-black fashion movement, has been to raise awareness of sexual harassment occurring outside of Hollywood.
Winfrey made the same point in her speech, saying sexual harassment “transcends any culture, geography, race, religion, politics or work place.” Read the full speech.
“So I want tonight to express gratitude to all the women who have endured years of abuse and assault because they, like my mother, had children to feed and bills to pay and dreams to pursue,” she said. “They’re the women whose names we’ll never know.”
Tags
discrimination feminism golden globes 2018 mee too oprah 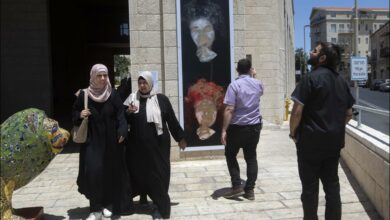