Foreign delegations have been flocking to Egypt from everywhere.  In the beginning, the reason behind the visits was figuring out the reality of what had been going on in the country, which is a legitimate, credit-worthy goal.  This is especially true when certain international institutions, most notably the African Union, stipulate that member states where sudden, ostensibly unconstitutional changes of government occur should be suspended.

It also seems that the new ruling regime has an obvious interest in permitting foreign delegations to visit Egypt and contact all parties to the crisis.  Indeed, they need to carry out their mission of reassessing the situation in the country. Authorities apparently sought to ensure members of these delegations that what took place on 30 June and 3 July was not a military coup, but rather a popular revolt against the rule of the Muslim Brotherhood, and that the army’s bias towards the revolution was not a maneuver to take over power for itself, but rather a well thought out measure designed to reopen the path to genuine democratic transition.

However, the frequency of the visits has clearly given the Brotherhood a precious opportunity to paint the current political crisis as a power conflict between two sides: one grabbing authority with military force, and another refusing to yield and lobbying support in city squares to demand the reinstatement of the president.

Those visits were first labeled humanitarian in nature, seeking to check on the health of the deposed president and the treatment he was receiving. But given the increasing frequency and variety of visitors, these visits have turned into attempts at mediation by officials from foreign countries and international institutions seeking a political settlement to the crisis.  They seek to avoid potential clashes and bloodshed in case the current government insists on dispersing the sit-ins at Rabaa al-Adaweya and al-Nahda squares by force.

In such a context, the ousted leader seemed, from his place of confinement, to be conducting political negotiations for a settlement to the crisis. This was intentionally designed by the Brotherhood in order to give the toppled president a degree of legitimacy that would make him a part of the solution, not the problem itself.

As the government came to realize the seriousness of the situation, it apparently prohibited any more foreign visits to the deposed president, which was the case with the German foreign minister. But it did not, at the same time, totally close the door to any party seeking to mediate, only making it a condition that mediation should take place with Muslim Brotherhood leaders who are authorized to make decisions. In that context alone, we can understand the significance of visits made by the US, the European Union, Qatar, and the United Arab Emirates to Khairat al-Shater at his place of detention in Tora Prison late Sunday.

I have no objection to efforts being made to reach a political settlement to the crisis. On the contrary, I enthusiastically support any solution that can spare bloodshed for Egypt. However, I cannot but warn against attempts to use mediation as a means to internationalize the Egyptian crisis. International mediators might turn into “guarantors” for any deals stricken between the clashing camps, the “observers” of measures agreed to for the implementation of the settlement, and, later “arbitrators who assess parties’ commitment to the deal. It cannot be ruled out that these international groups will give themselves the right to levy sanctions on any party that violates the deal.

Though deeply convinced that the current state of severe polarization between the parties to the conflict does not allow for the existence of a local, impartial third party able to practice genuine mediation that bridges the gap of confidence between both sides, I am very afraid of the consequences of a gradual internationalization of the crisis, an outcome for which Egypt could pay dearly.

Yes for the settlement, big no for going international!

Hassan Nafaa is a professor of political science and head of the Political Science department at Cairo University. 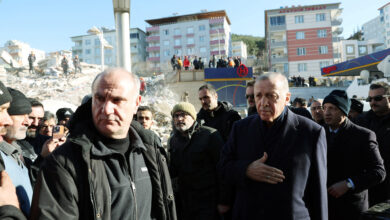 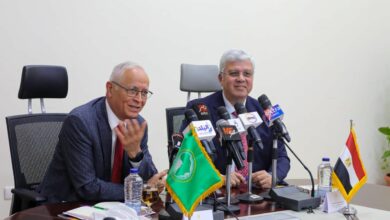