Researching the oil and gas industry and the details of its practices in Egypt can be an extremely exhausting task.

Reasons for this range from institutional corruption to scattered information that is difficult to locate and unclear responsibilities among ministries and personnel, to name but a few. Even within a single governing body, facts, statistics and political stances may vary greatly, depending on who happens to be managing the front desk on a given day.

One organization, OpenOil, has opted to establish comprehensive archives that are both global and country-specific. With a new Egypt-based project in the works, OpenOil hosted a small discussion on Sunday, inviting journalists, academics and activists, among others, to spread awareness about the project and create a community of involvement.

OpenOil’s resources include webpages, discussion forums, workshops and published almanacs. They can easily be accessed by anyone who may need such information, such as communities, activists and journalists.

The goal is to attempt to lessen the hurdles one may face when trying to understand an industry often mired in secrecy and confusion, and to promote transparency within the industry by compiling and spreading information on a condensed platform. In a context where information as right is not granted, the very attempt to obtain vital documents can be perilous.

The group’s site offers reports and other publications, available to download for free, including a reporters’ handbook and a guide to oil contracts.

Johnny West, a former Reuters correspondent who covered energy markets, founded OpenOil in 2011. The project, whose website is www.openoil.net, focuses on the Middle East, including countries such as Syria and Iraq, but has expanded to cover other oil-producing countries like Colombia and South Sudan.

OpenOil recently launched a wiki site. Though the local project is still getting on its feet, forming a team and gathering information, the project’s vision has already resonated with various organizations and activists who have found their research obstructed while trying to investigate oil issues.

To work on the Egypt project, the organization has teamed up with local organizations, the Egyptian Initiative for Personal Rights, the Habi Center for Environmental Rights, the Arab Digital Expression Forum (ADEF) as well as Egypt Independent.

The Egypt site has already begun to grow, with information on the history of oil production in the country, laws, local issues, and news reports as well as responsibilities of specific government bodies. The organization hopes to publish an almanac bringing this information together in June.

“Learn about the country, which is producing more hydrocarbons than it consumes, and is still facing an energy crisis; or find out more about the enormous fuel subsidies and their allocation, and get an overview of how international oil companies operate,” the wiki site’s homepage reads.

As a wiki site, the content is open-sourced, and information must be properly referenced and previously published elsewhere — though the wiki will not include original work such as investigative journalism or opinion pieces. It is also collaborative and communally informed, meaning public participation is essential for the OpenOil sites, as every eyewitness account and report is potential material. A collaborative tool for editing and contributing, the wiki site is dynamic in its information gathering and dissemination process.

“Anybody who cares or has followed the issues or has written about issues surrounding the industry in Egypt is a potential participant,” said Anton Ruehling, a consultant who helped put together the Egypt team. Sherif Zaazaa will act as the Egypt site’s main editor.

Topics that arose during the discussion included worries about being accused of monopolizing information, because the gatekeepers are self-selected and appointed.

Maysara Abdelhaq, a representative from ADEF, explained that the project is still in its early stages. He said methods of raising concerns and contesting information would eventually become part of the project.

“Opposing opinions are welcome and are in fact part of the point,” Abdelhaq said.

But during the early stages, he added, OpenOil has to closely monitor contributors and complaints to keep the goal of the site on track and not let it become a propaganda battleground.

Others questioned the reluctance to publish original material on the site.

“What if the information doesn’t exist?” one participant asked. “Or if what the published information [on government websites] is simply wrong?”

Ruehling said these questions are part of why OpenOil has opted to launch in Egypt.

“If the information isn’t there, then we need to state that clearly, and if the governmental information is wrong, then journalists and researchers will be able to use the site to contest what information is out there, or find it if it isn’t,” said Ruehling. “Then the new research can be posted side by side the government’s position on the wiki site, and you form a discussion.”

Enthusiasm during the session for the project seemed high.

One individual raised the point, “Why just oil? We need this for everything in Egypt.”

In its mission statements, OpenOil acknowledges that oil is not the future, and the organization favors renewable energy. But the team said it realizes that, practically, most of the world is not yet on board with this idea.

“OpenOil believes that oil and gas production can benefit the citizens of producing countries more effectively, and the damage wrought by opaque and undemocratic government, often as a result of the prize to be obtained by controlling natural resource wealth, can be mitigated and reversed,” the organization’s values page on its website reads.

The Egypt OpenOil project’s vision is to not only have an extensive wiki page, but to publish books and almanacs about key issues. The material is now mostly available in English, but all information is to eventually be produced in Arabic as well. 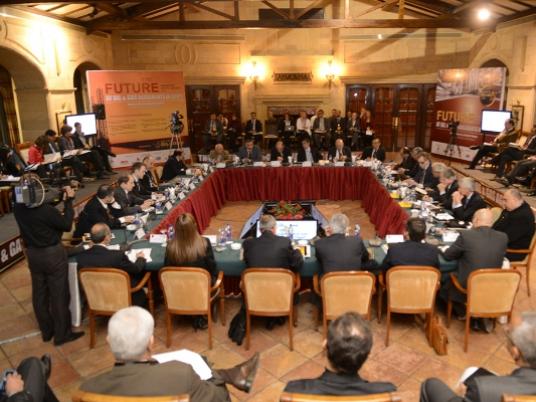 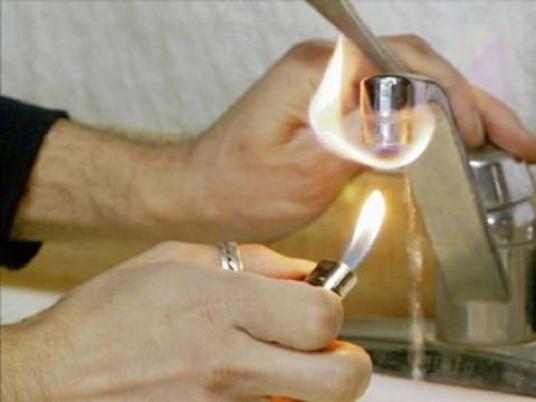 Are oil and gas companies fracking up Egypt’s environment?