The joint research facility Sesame, supported by Middle East countries including Egypt, Jordan, Turkey, Iran, Israel and Palestine, is almost ready to kick off. It is not only meant to promote scientific excellence but also peace and understanding.

When Egyptian scientist Tarek Hussein visited Jordan and entered the building that will one day host the region’s most important research facility, he felt excitement and enthusiasm.

“It was like stepping into the future — into a brighter and better future,” Hussein says.

The green-roofed building was completed, electricity and water were working and a giant magnet had already been installed.

“There was more progress than I had hoped for,” says Hussein.

What delighted the nuclear physicist was the construction site for the first synchrotron light source in the Middle East.

The facility is named Sesame, and is located near Allan village in the hills northwest of Amman.

“In 2015, we expect Sesame to become operational,” says Hussein, who is the current vice president. “It will be a world-class science institution.”

At Sesame, medical scientists will collaborate with physicists, chemists, biologists, engineers and archaeologists.

“Our aim is to foster technological capacities and prevent the brain drain from the region,” says Chris Llewellyn Smith, a British physicist and head of the Sesame governing council.

In synchrotron light sources, bunches of electrons circulate at nearly the speed of light inside an evacuated ring-shaped tube. Magnets surrounding the tube bend the electrons’ trajectories.

But the electromagnetic field that surrounds the electron is unable to respond immediately, so some of the energy in the field keeps going, sticking to the original trajectory and producing a tangential cone of radiation.

This radiation, or synchrotron light, has wavelengths that range from infrared to X-rays. It is collected by different optical systems that focus the light onto experimental targets.

It acts like a giant microscope that can be used to study matter on scales ranging from viruses down to atoms.

But Sesame is not only meant to produce scientific excellence. It is also meant to promote peace. The acronym stands for Synchrotron-light for Experimental Science and Applications in the Middle East.

It is also a reference to the infamous phrase “open sesame” — the secret command to unlock the door to treasure in the tale of Ali Baba and the 40 Thieves.

The list of countries involved in the Sesame project, which also includes Pakistan and Cyprus, looks rather surprising, pairing countries whose governments would normally not be friendly to one another.

“The language of science is universal,” says Llewellyn Smith. “Scientists can build a bridge of understanding and perhaps trust for the benefit of all.”

But of course, there are strong political tensions between some of the participating countries. For example, Turkey and Cyprus do not have diplomatic relations, and Iran and Pakistan do not recognize Israel — so Sesame is far from being an ordinary science project.

The idea to build the facility came up in 1997, after the Berlin Synchrotron in Germany was decommissioned. The facility, called Bessy 1, was donated to the Middle East, and UNESCO became the umbrella organization of the project.

Sesame is modeled on CERN, the European Organization for Nuclear Research. CERN was developed after World War II, aimed at enabling science that individual members could not afford and improving the relations of former adversaries that had been at war.

Likewise, Sesame could not be financed by only one of its members, because it by far exceeds their individual science budgets.

After a competition with five other countries, Jordan was selected to host the center. Following numerous conflicts in the region and years of doubts about the project’s feasibility, construction is now at an advanced level, and the next round of funding is secured.

By now, the value of investments and contributions to Sesame exceed US$50 million. Additional funding of at least $35 million is needed to bring it into operation.

Iran, Israel, Jordan, Turkey and the European Union have pledged to contribute $5 million each. Egypt is also considering providing $5 million.

Hussein says the sum has been approved by the Finance Ministry but not the Foreign Ministry, though he is very confident this approval will come soon.

Despite all odds, Sesame is being built because scientific communities of the member countries have pushed for it and put aside political barriers.

Representatives of the member states meet every few month to discuss plans, as well as the rather complicated question of funding.

“The atmosphere has always been good,” says Hussein. “We stick to the rules: We just don’t talk about politics.” 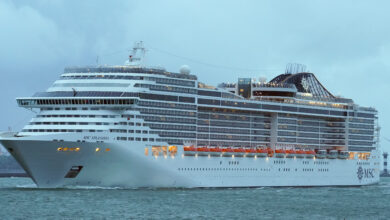