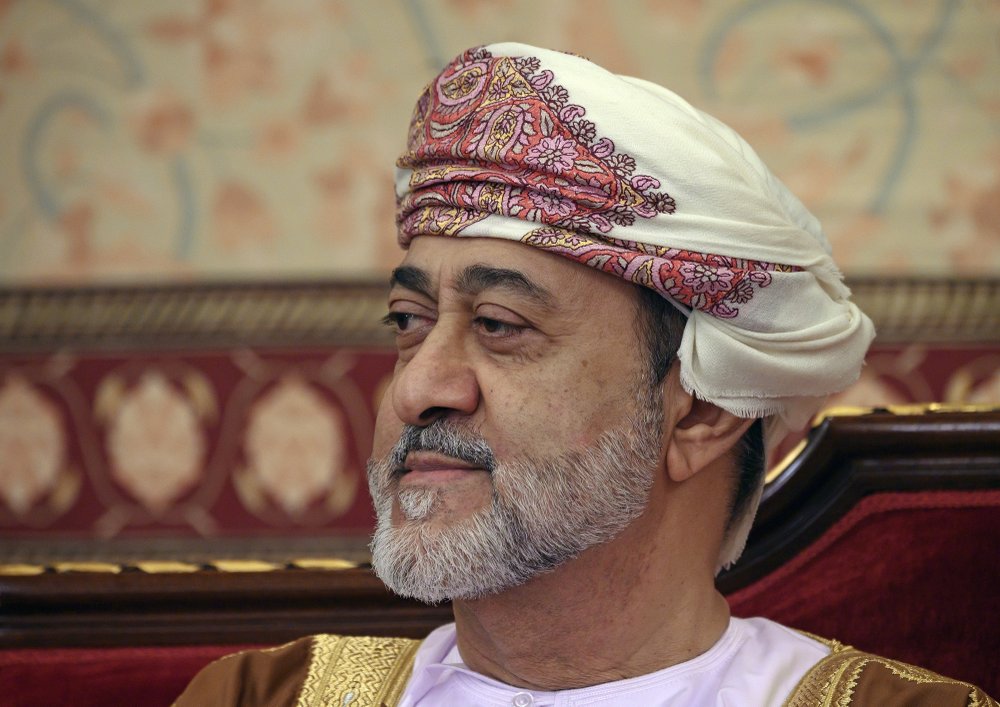 DUBAI, United Arab Emirates (AP) — When Oman’s ruler of a half century died without an heir apparent, brief fears of turmoil ended with the quick announcement of a new sultan in this nation on the eastern edge of the Arabian Peninsula.

But instead of the military rulers whose arrivals come with martial music and whose ends often accompany times of trouble in the Mideast, Oman ended up with the culture minister.

That Oman followed its own distinctive, uncommon path after the death of Sultan Qaboos bin Said represents perhaps the best testament to his rule over a nation he brought out of the isolationist obscurity imposed by his father and modernized with its oil wealth.

His successor, Sultan Haitham bin Tariq, has followed his example in establishing his rule over this country of 2.7 million Omanis and another 1.7 million foreigners as the coronavirus pandemic closed off the sultanate. The outside world and internal challenges, however, are preparing to come crashing in.

Oman faces billions in looming loan repayments, including from China, and needs even more money as its youthful population wants jobs and its government cannot afford the cradle-to-grave benefits given in other Gulf Arab nations. Ratcheted-up tensions between Iran and the US — either with Donald Trump still in the White House or a new Joe Biden administration — could see Oman brought into the middle of a situation that nearly sparked a war at the beginning of the year. And the sultanate’s long-cherished neutrality finds itself challenged by regional disputes.

Then there’s the small matter of serving as sultan after a man literally celebrated each year as the architect of Oman’s renaissance.

“Haitham has a golden chance to become Oman’s second renaissance figure,” said Bader al-Saif, an assistant professor of history at Kuwait University who studies Oman. “The domestic economic scene is his to win or his to lose. I mean, I think there is no place for him to play around with it. The situation is very dire.”

Already, Sultan Haitham has followed the example of his late cousin. He plans to meet with subjects across his nation of 11 governorates that is slightly smaller than the US state of Kansas.

The first visit came in Dhofar, a region bordering Yemen that was still gripped by a guerrilla war with Marxist fighters when Sultan Qaboos took power in 1970. Sultan Qaboos won the war and ultimately invited Dhofari rebels into his government, noticeably the longtime Minister of State for Foreign Affairs Yusuf bin Alawi.

Sultan Haitham’s efforts also extended into a quiet government campaign encouraging several dissidents to return to the kingdom, so long as they give up their social media presence and end their activism, said writer Nabhan Alhanshi, who leads the Omani Center for Human Rights from exile in the United Kingdom.

Also invited home was Jamshid bin Abdullah Al Said, the last sultan of Zanzibar, the Tanzanian island once part of Oman. Sultan Qaboos’ father and the late sultan himself kept Al Said in exile in the UK, fearful of any threat to their rule, no matter how minor.

As ruler, Sultan Haitham has deviated from his predecessor by naming finance and foreign ministers, as opposed to wielding the titles himself.

But Sultan Haitham remains the paramount ruler of a country where criticism of the sultan remains a criminal offense punishable by as much as seven years in prison. Oman’s press remains muzzled. Meanwhile, Sultan Haitham has created a new Cyber Defense Center that Alhanshi fears will further put activists at risk for speaking out.

Sultan Haitham’s decision to put his family into government roles, as well as focusing on financial issues rather than democratic reforms, worries Alhanshi.

“During the protests of 2011 … they said we have some financial problem, we have to solve it, then we will go through the political reform. But what happened actually there was no political reform,” Alhanshi said. “The new government now is saying the same, so how can we trust them?”

Oman’s Embassy in Washington did not respond to several requests for comment from The Associated Press.

The sultanate’s finances remain a concern, however. Ratings agencies warn that the Omani government is on pace to run over a $10 billion fiscal deficit in 2020 alone. That’s as global energy prices remain low, cutting into revenues for a nation that produces just under 1 million barrels of oil a day. Traders have put Omani bonds into “junk” status — meaning a higher risk for default.

Finding money to cover the debts remains key. Oman already has a $3.6 billion payment due in 2022 to a syndicate of Chinese banks, according to ratings agency Fitch. Seeking more money there, from the West or fellow nations in the six-member Gulf Cooperation Council could make Oman more beholden to them, something Sultan Haitham wants to avoid, said Cinzia Bianco, a fellow at the European Council on Foreign Relations.

“This makes it even more important for Sultan Haitham to try and keep Omanis close to one another and close to him because there is this other vulnerability,” Bianco said.

Then there’s Iran. The start of 2020 nearly saw the US and Iran enter a war. Under Sultan Qaboos, Oman had provided a secret backchannel to Tehran during negotiations that led to the 2015 nuclear deal with world powers. Just before he died, Sultan Qaboos also signed deals allowing the US and British navies access to the Omani port of Duqm, expanding the longtime access both nations enjoy there. India as well has access for its navy.

While Trump’s withdrawal from the Iran nuclear deal lit the fuse of current tensions, Oman once again could be an interlocutor — or may already be serving as one now.

“As Yusuf bin Alawi once told me, the Gulf needs an open window to Iran and if no one else is going to do it, Oman is going to do it,” said Marc J. Sievers, a former US ambassador to Oman. “It wasn’t just for the West, but also for the Gulf itself that the Omanis wanted to maintain that engagement. I think that’ll continue.”

FILE – In this February 21, 2020 file photo, Oman’s Sultan Haitham bin Tariq meets with US Secretary of State Mike Pompeo at al-Alam palace in the capital Muscat, Oman. The new sultan, while quietly making his mark, faces real challenges ahead. Oman has billions in looming loan repayments, including from China, and needs even more money as its youthful population wants jobs and its government cannot afford the cradle-to-grave benefits given in other Gulf Arab nations. (Andrew Caballero-Reynolds/Pool via AP, File)

Reports: Kuwait and the UAE in economic pain amid pandemic