North Sinai Governor Mourad Muwafi has dismissed as baseless media reports that alleged that two young Egyptians were killed by Israeli fire in the Gaza Strip on Wednesday.

The reports stated that Egyptian authorities refused to receive the bodies of the two Egyptians through the Rafah land crossing.

Muwafi told the DPA press agency that the reports were untrue, and an attempt to "antagonize" his country.

The governor stressed that he had personally confirmed that the Rafah crossing had not received any bodies. He called for accuracy in reporting.

A spokesperson for emergency services in Gaza's Hamas government had been cited as saying that the corpses of two Egyptian young persons were recovered near Jabalia refugee camp, north of Gaza, after they were shot dead by Israeli forces. The spokesperson also claimed that Egyptian authorities refused to receive the bodies.

Since 2000, several Egyptians have been killed or injured by Israeli fire, for diverse reasons. Fatalities have included civilians who were trying to cross the border illegally, those going about their daily routine, as well as border guards on duty. 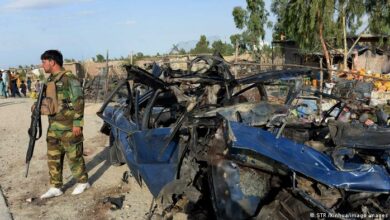