In 1991, photographer Kirk Weddle asked a friend to bring his four-month baby to a photo shoot at a swimming pool for the indie band Nirvana.

When the boy, Spencer Elden, was snapped naked in the water and wound up front-and-center on band’s groundbreaking Nevermind album, his likeness became the epoch-defining image of grunge rock.

But 30 years after the album’s release, Elden’s lawyers have filed a lawsuit alleging that the Nevermind image was procured after Elden “was forced to engage in commercial sexual acts while under the age of 18 years old.”

As a result, he is suing the original band members, record label, album photographer and others (each for $150,000, or €128,000) for “lifelong damages” that include “extreme and permanent emotional distress with physical manifestations, interference with his normal development and educational progress, lifelong loss of income earning capacity,” and “loss of enjoyment of life.”

The lawsuit also alleges that the marketing of the record via a naked Elden reaching for a dollar bill held on a hook — the image was also used in the video clip for the hit single from the album, “Come As You Are” — was a “sex trafficking venture.”

Of the 40 to 50 images taken at the shoot, the lawsuit claims that Nirvana lead singer and songwriter Kurt Cobain chose the image of Elden “grabbing for a dollar bill” that depicted him “like a sex worker.”

It added that “Spencer nor his legal guardians ever signed a release authorizing the use of any images of Spencer or of his likeness.” 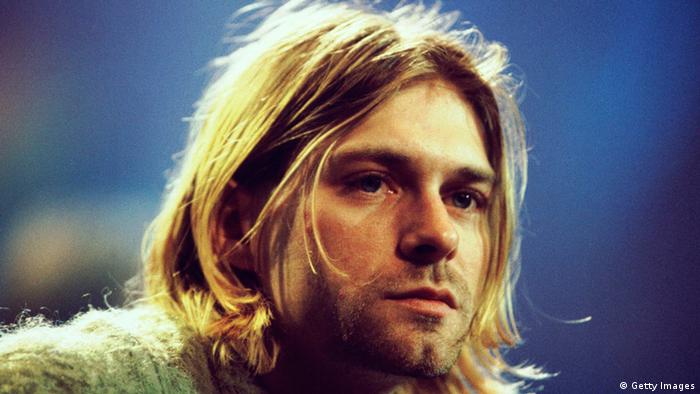 In a 2008 interview with US public radio broadcaster NPR, Elden’s father Rick described how his friend, photographer Kirk Weddle, called him up in 1991 and said “wanna make 200 bucks and throw your kid in the drink.” But the family had no idea what the photo would be used for until they noticed a huge image of the Nevermind cover on Tower Records in Sunset Boulevard three months later.

Later that year, Nirvana’s label DGC, a subsidiary of Geffen Records, sent Elden a platinum copy of Nevermind and a teddy bear, according to NPR. The same report also quoted Elden as a teenager responding to his ongoing fame.

“My friend is all like, ‘Hey I saw you today.’ And I’m like, ‘Dude, I was working all day.’ And he’s like, ‘No, I went to Geffen Records, and you’re on the floor and you’re floating and I stepped on your face.'” Elden recounted. “Cause I guess they have like a floating thing where people can like walk on me and stuff … so it’s kinda cool.”

Having recreated the pose for several Nevermind anniversaries as a teenager, Elden last entered a swimming pool to reprise the image in 2016 when the album turned 25. He also has the album title tattooed on his body.

In a 2015 interview with Time magazine, he said that it “was a great concept — a baby underwater, unable to breathe, going after money on a fishhook.”

But the following year he expressed some reticence about his role in such an iconic image, telling Time: “It’s a really weird feeling being a part of someone else’s momentum — being caught up in this wake of stuff.”

“I got a little upset for a bit,” he added. “I was trying to reach out to these people. I never met anybody. I didn’t get a call or email. I just woke up already being a part of this huge project. It’s pretty difficult — you feel like you’re famous for nothing, but you didn’t really do anything but their album.”

“Everyone involved in the album has tons and tons of money,” he reflected. “I’m living in my mom’s house and driving a Honda Civic.”

The Nevermind cover was in fact removed from Facebook’s pages in 2011 in the midst of its 20th anniversary because its portrayal of child nudity contravened the terms of service, but then reappeared on the site.

The same happened in 2019 when Facebook banned uploads of Led Zeppelin’s 1973 Houses Of The Holy album due to cover art featuring naked blond children climbing a surreal landscape. The image also went on to became part of rock music folklore.

“We were naked in a lot of the modelling shoots we did, nothing was thought of it back then,” recalled Samantha Gates, who appeared with her brother Stefan in the image. “You probably couldn’t get away with that now,” she told the the UK’s Daily Mail in 2007.

Facebook banned uploads of the image to its social media site on the basis of its guidelines that do not allow “content that sexually exploits or endangers children.”

But Facebook soon after reversed the ban. “As our community standards explain, we don’t allow nude images of children on Facebook,” said a spokesperson. “But we know this a culturally significant image. Therefore, we’re restoring the posts we removed.”

It is yet to be seen whether Spencer Elden’s lawsuit will change the way the Nevermind image is viewed.

From the start, the DGC record label wanted to cover up the child’s genitals on the Nevermind artwork. But Kurt Cobain allegedly would only agree if the area was covered with a sticker that read: “If you’re offended by this, you must be a closet pedophile.” The original image remained. 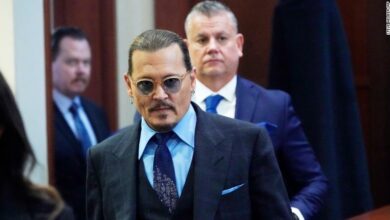 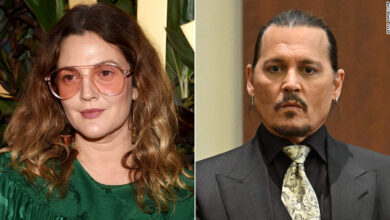