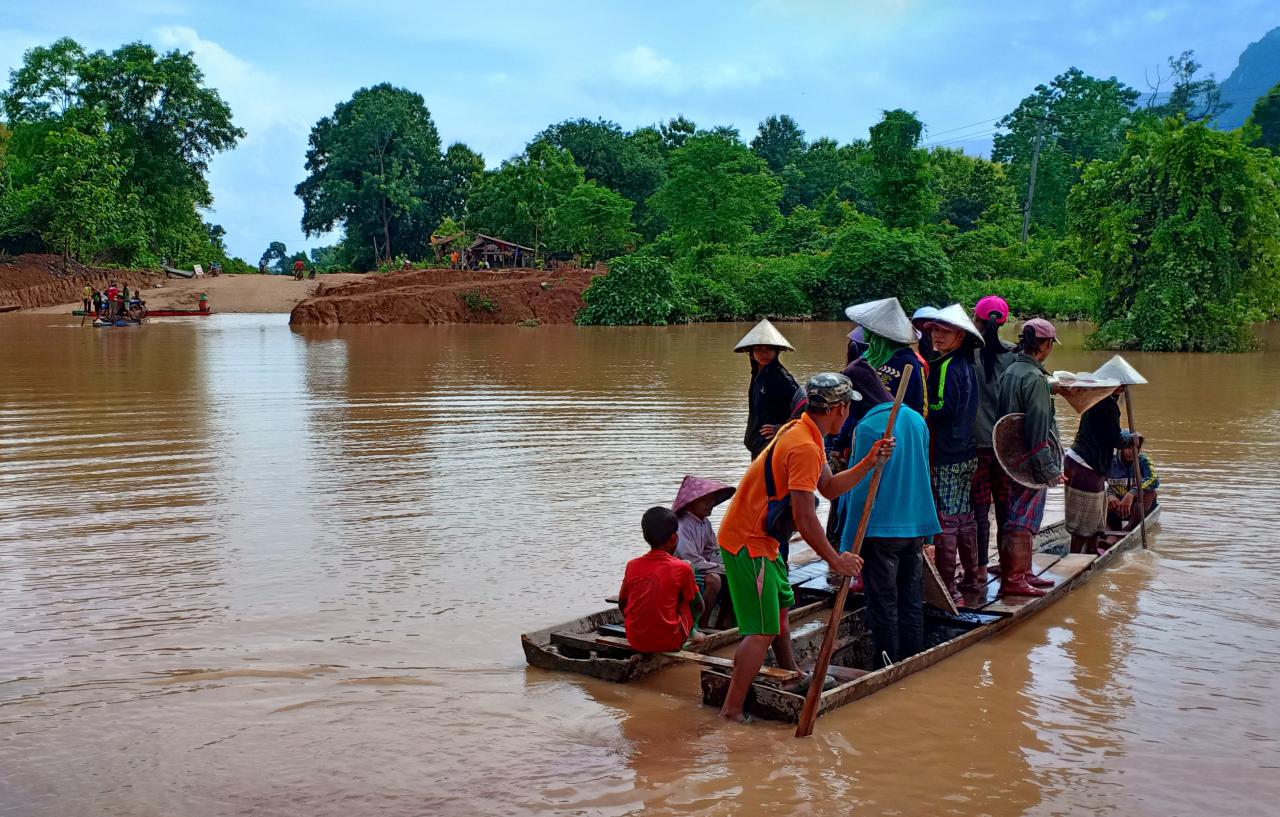 Nineteen people have been confirmed dead and more than 3,000 need to be rescued after a dam collapsed in a remote part of land-locked Laos, local media reported on Wednesday.

The Vientiane Times, citing district governor Bounhom Phommasane, said about 19 people have been “found dead”, more than 3,000 “require rescue” and about 2,851 have been saved.

Earlier, a senior Lao government official, who declined to be identified because he was not authorized to speak to the media, said dozens of people were feared dead after the hydropower dam that was under construction collapsed on Monday.

“We will continue with rescue efforts today but it’s very difficult, the conditions are very difficult. Dozens of people are dead. It could be higher,” the Vientiane-based official told Reuters by telephone.

A United Nations report on the disaster put the death toll at five with 34 missing, 1,494 evacuated and 11,777 people in 357 villages affected. It said 20 houses were destroyed and more than 223 houses and 14 bridges damaged by the flooding.

Hundreds were reported missing after walls of water washed away villages and rescuers on Wednesday continued to search floodwaters for survivors, a government official said.

State media showed pictures of villagers, some with young children, stranded on the roofs of submerged houses. Others showed villagers trying to board wooden boats to safety in Attapeu province, the southernmost part of the country.

The remoteness of the affected area could hamper relief operations, say experts.

Laos, one of the world’s few remaining communist states and one of Asia’s poorest countries, has an ambitious dam-building scheme in order to become the “battery of Asia”.

Its government depends almost entirely on outside developers to build its planned portfolio of dams under commercial concessions that agree to export electricity to its more developed neighbors, including power-hungry Thailand.

Environment rights groups have repeatedly warned about the human and environmental cost of the rapid pace of dam construction, including damage to the already-fragile ecosystem of the region’s rivers.

Attapeu is a largely agricultural province that borders Vietnam to the east and Cambodia to the south.

The $1.2 billion dam that collapsed is part of the hydroelectric Xe-Pian Xe-Namnoy power project, which involves Laotian, Thai and South Korean firms. The subsidiary dam, known as “Saddle Dam D”, was part of a network of two main dams and five subsidiary dams.

South Korea’s SK Engineering & Construction said part of a small supply dam was washed away and the company was cooperating with the Laos government to help rescue villagers near the site.

The firm blamed the collapse on heavy rain. Laos, and its neighboring countries, are in the middle of the monsoon season when tropical storms and heavy rain can lead to flash floods.

An official at the firm said fractures were first discovered on the dam on Sunday and that the company had ordered the evacuation of 12 villages as soon as it became clear the dam could collapse.

Shares in major stakeholders of SK Engineering & Construction fell on Wednesday after news of the collapse.

Ian Baird, associate professor of geography at University of Wisconsin-Madison and a Laos expert, said the collapse of the subsidiary dam was unlikely to affect others in the project, but added that the dam can’t be fixed until the dry season.

“I don’t think its going to affect the other dams,” Baird told Reuters in a telephone interview.

“The water’s all out of the reservoir now and the water levels are already going down but I don’t think they’ll be able to fix it until the dry season,” he said.

South Korea, Singapore and neighboring Thailand have offered to help in the rescue effort. But the remoteness of the affected area and damage to roads and bridges will make it very difficult to reach those still stranded, Baird said.

“The roads are very poor in that area. People don’t usually go in that area during the rainy season. There are mountains nearby that villagers might be able to get up on …. I don’t think anybody really knows for sure,” he said.

International Rivers, which works to stop destructive hydropower projects in Laos, said in an April report that hydropower dams on the Mekong River’s lower mainstream pose a serious threat to the region.

Predicted impacts include a 30 percent to 40 percent decrease in fisheries by 2040 as well as a drastic reduction in food security and agricultural productivity, alongside increased poverty levels in much of the Lower Mekong Basin.

Laos has completed construction of 11 dams, according to Thai non-governmental organization TERRA, with a further 11 under construction and dozens more planned.

'Unprecedented' rain strands at least 1,000, kills at least 66 in Japan

All 12 boys and coach rescued from Thai cave