Now 64 years old, Nicole Jacquin has dedicated much of her life to the cause of improving conditions for elderly people at the end of their lives. A testament to both her empathy and determination.

“I didn’t want to put my 86-year-old mother in a cold, impersonal place where the staff are overstretched”, Jean, a 58-year-old bailiff from Greater Paris explained. Instead, last July he called upon Anggel’Dom, a home-based care service that’s designed to improve living conditions for elderly people wishing to remain in their own homes. Launched in 2017, there are four co-founders behind this nascent project, one of whom is a woman: Nicole Jacquin.

“Once I get an idea in my head, I have to see it through”, Jacquin remarked. That’s somewhat an understatement. At the age of 25, she successfully defended her thesis in general medicine and embarked on a career in geriatric medicine at a hospital in Paris, before setting up on her own at 50. Now retired, she’s set her sights on revolutionizing home-based care. In 2006, it was Jacquin who had the idea of bringing dogs onto hospital wards, on a permanent basis. A “source of happiness for the patients and a way of livening things up a bit”, as she put it. An initiative that has since been recognized as bringing significant wellbeing benefits to patients, but one that was refused at the time by the senior managers of the hospital where she was working.

Having spent a quarter of her life in hospitals, in 2002 Nicole Jacquin decided to resume training. Aged 49 and the mother of three children, Jacquin began a degree at the École de management des médecins des hôpitaux (School of Management of Hospital Doctors) in Paris. After graduating, she managed various retirement homes in the French capital. But as a strong advocate of “empathy and patience” with the elderly, she found herself confronted with a mentality of “filling spaces”. Six years later, she began working as a geriatrician, a profession that she had already been practicing part-time.

Passionate about her job, Nicole Jacquin nevertheless laments what she sees as a culture of “hypocrisy around the subject of end-of-life” in France. The question is “often taboo and is rarely raised by doctors, despite its primordial importance; especially given that France has an aging population”, she said. Determined to help make up for these failings, in 2010 she founded the National Association of Geriatricians and Gerontologists – Liberal Professionals, which she presided over for six years. This collective came up with a system designed to facilitate the sharing of medical data of elderly persons living at home, via a tablet. Through this technology, medical practitioners who visit the patient at home – doctors, physiotherapists, dentists – can record various data such as prescriptions, heart rate and recent incidents which enables them to keep each other updated. Since the tablet is connected 24/7 to a specialized platform, both family and doctors can be informed of any problems. The system helps limit unwanted hospital stays, as well as overmedication. In 2016, it was tested on 30 patients over an eighteen-month period.

The findings were conclusive. Nicole Jacquin and three of her collaborators – one of whom was her husband – decided to commercialize the service under the name Anggel’Dom. An arduous task, hampered by “lengthy administrative procedures,” which was finally successful in May 2017. Initially limited to a few départements in the Greater Paris region, the start-up has recently spread to the capital and has a dozen clients on its books, scattered between Paris and Neuilly (west of the capital). Jacquin is optimistic, especially when she compares the cost of Anggel’Dom (180 euros per month minimum) with the fees of a place in a retirement home. 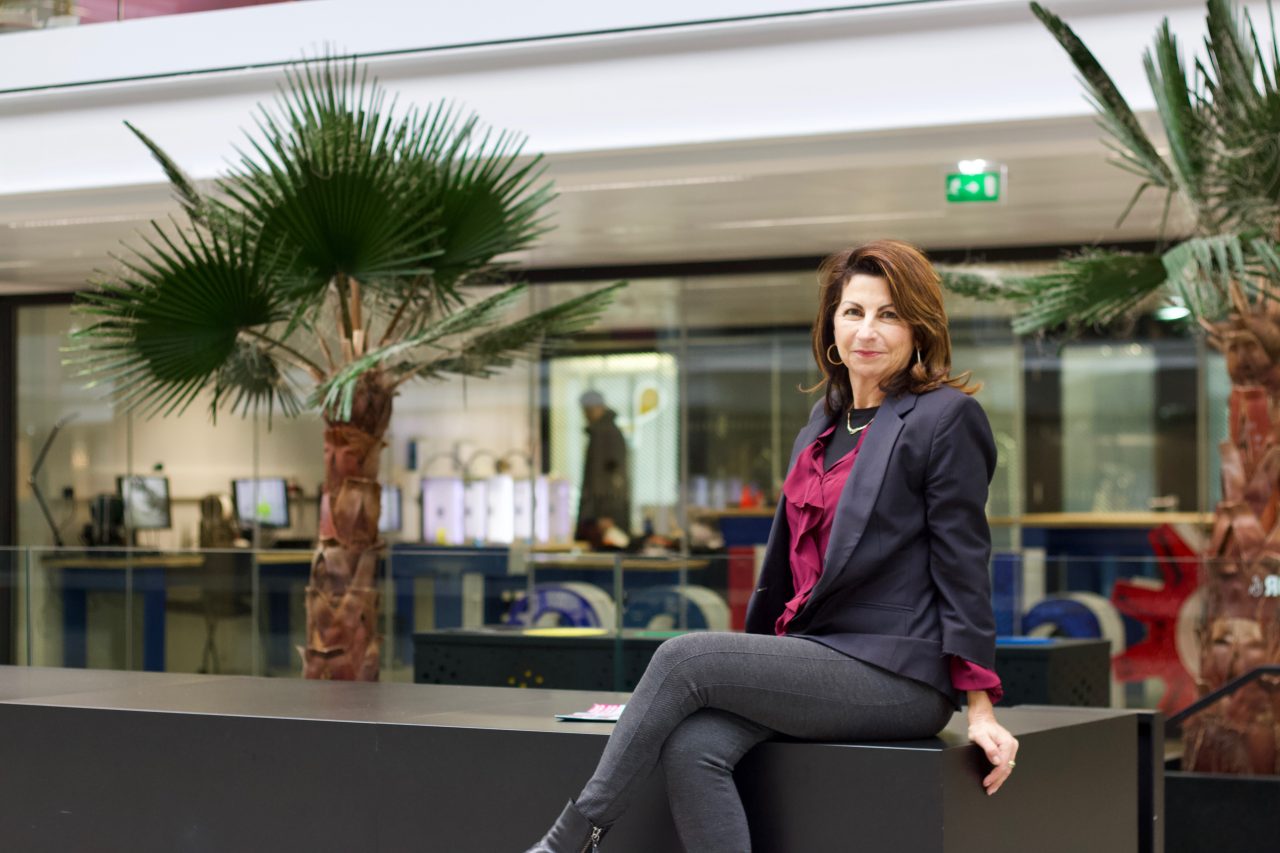 Philippe Taurand, geriatrician at Simone Veil Hospital in the northern suburbs of Paris, said he sees the development of this type of home-based care as a very positive step. Given “huge population growth, what elderly people want for themselves, as well as current technological progress”, this type of initiative is even a “necessity”, he concluded. A view that is shared by Laurence Plissonneau, Anggel’Dom’s coordinator, who said the system helps “save time and energy for everyone involved”.

Passing on our stories

In setting up this service, Nicole Jacquin hopes to not only improve end-of-life care for elderly persons – as she did for her own father, who died in 2017 – but also to prevent them from being neglected by their relatives. The retired doctor is convinced that “every elderly person has a story to tell” and regrets that “knowledge that could be passed down from generation to generation is being lost”. Her own family is close-knit and she confided that she has already raised the subject of her own death with her children. “They know that I plan to stay at home until the very end if I stay in good health, and if not, I intend to commit suicide”, Jacquin stated plainly.

Her hope for the coming years is to extend the scope of Anggel’Dom to people with disabilities and those suffering from chronic illnesses, both in France and internationally. It’s a natural step for Jacquin, who for the last seven years has been dividing her time between France and Morocco; a destination she chose for its gentle pace of living and proximity to Paris.