Facebook Twitter LinkedIn
Once vilified by the authorities and threatened with jail, Taiwan's graffiti artists are now being encouraged to get out their spray cans to revive urban areas.
Rundown districts around the island have become legalized graffiti zones as Taiwan seeks to cast itself as a hub for creativity and design.
But while some artists welcome the chance to show off their skills without repercussions, others say sticking to areas approved by authorities goes against the spirit of the anti-establishment art form.
In Taipei's Ximending shopping district, drab city walls have been brightened with large scale technicolor graffiti.
A few blocks away from the area's main neon-lit hub of chain stores and food vendors, a network of alleyways is home to smaller boutiques and a thriving street culture scene.
The walls of this area have become a legal canvas for graffiti artists, with images ranging from giant snakes to political caricatures.
Jimmy Cheng, 39, a former graffiti artist, manages the zone — artists come to him to show their portfolio before they are allowed to spray on the walls.
"We don't have any rules, apart from no swear words and no pornography," says Cheng.
"I think having these kind of areas is definitely a good idea," he adds.
"On a riverside wall you can spend a day painting, then the next day someone else covers it up. We tell our artists which parts they can paint on. Everybody follows the rules.
"Also we've introduced lots of events, like street dance and tattooing as well as graffiti."
Cheng says before the derelict square was transformed, it was mainly used by the homeless.
Turning tide
Local graffiti artist Bio, 25, sees the area as an opportunity to make a mark on the city without the risk of arrest.
"Graffiti doesn't always have to be a bad thing," he says.
"It makes a place shine… More and more people come here to take photos."
The authorities' new approach is a far cry from the previous zero-tolerance approach which saw one leading political artist, BBrother, prosecuted and given a three to five-year jail sentence in 2006 for illegal graffiti in Taipei.
The lawsuit was dropped after an online petition.
There is no law that specifically targets graffiti, but artists can be punished for damaging property, incurring up to a five year jail sentence, although authorities say they rarely impose penalties.
"In the past, government agencies tended to ban and banish graffiti because of public sentiment," a spokesman for Taiwan's culture ministry told AFP.
"But it has gradually become part of living spaces as people's acceptance and knowledge of graffiti art has grown."
Taipei has 10 legal graffiti zones while central Taichung City has seven areas.
Local officials in southern Taiwan are planning a similar district in Kaohsiung City after the successful revitalization of a defunct railway repair station.
The city's Jiuru Street Art Factory became one of Taiwan's first legalized graffiti areas in 2011 when the railway company gave permission for artists to take over the space.
Thrill seekers
For Amos, a 29-year-old graffiti artist in Taichung, Taiwan's street art scene still has some way to go compared with what he sees in China, Japan, and in New York.
"There have been a lot of graffiti events in China in recent years, mostly government funded," he says.
"It can make a city feel younger, livelier."
He also says that while legalized zones are useful, illegal graffiti will still flourish.
"Those who do graffiti tend to have a rebellious streak. They may go to the designated areas but they will still roam the streets," he told AFP.
"Those who go to paint in the zones are artists who want to create a complete work or to learn and teach."
Amos shares his graffiti online and via Instagram, often featuring his trademark "Big Teeth Bear" — a blue animal with bulging teeth and a red eye patch — seen along freeways, under bridges, or in cargo areas.
Taipei artist Bio agrees that some will not be able to resist flouting the rules.
He has been arrested once for illegal graffiti and says his punishment was to clean it off as he could not afford the Tw$200,000 (US$6,000) fine.
It has not deterred him from exploring forbidden canvasses.
"I understand the government prefers us to do this (legal graffiti) and I respect that… but there's always a little devil in my heart. We don't want to be restricted. That's our spirit."
The government acknowledges the sanctioned parks will not stamp out illegal graffiti, but says it will continue with its policy to enhance the urban landscape.
"Some graffiti artists may think legalizing it will greatly diminish the thrill," says the culture ministry.
"But for the public, and the appearance of the city, it makes sense."
Tags
artists arts authorities graffiti taiwan Urban canvas 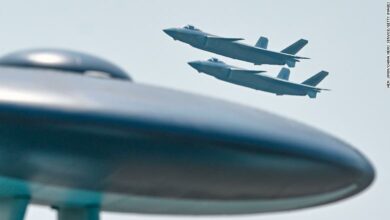